Karthik Saragur’s Jeerjimbe is indeed one among those films which makes us believe in our dreams. And it does so effortlessly given the complexities of human emotions during such a journey.

Karthik Saragur’s Jeerjimbe is indeed one among those films which makes us believe in our dreams. And it does so effortlessly given the complexities of human emotions during such a journey. Considering that the film deals with the dreams and fears of a 13-year-old girl child, Karthik has successfully crafted a story which is innocent yet intense, colourful yet painful, and dreamy yet uncertain — just like life itself. 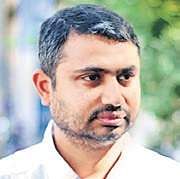 The story revolves around Rudri aka Ruddramma (Siri Vanalli) from Byakalahalli and her obsession with her bicycle provided by the government. While the innocent joy of cycling and the freedom of riding makes for a breezy first half, the intensity hits with subtlety when the focus shifts to child marriage, superstitions, rituals, the importance of childline number 1098, and the suppression of young girls who dare to dream.

It has taken two years for director Karthik to release this film, but the wait is definitely worth it. Shot in rural surroundings, the film is an all girls film except for a few cast members. Karthik has given equal importance to each and every character. The school episodes and the friendships are sure to take viewers back to their school days.

The act of Rudri learning to cycle is like a cue to every young girl dreaming big. Considering that these are real life episodes (the child marriage) picked up from different regions, the director has suited them to local tastes.

The episode of Rudri travelling 78 km  to Bengaluru, and waiting in front of Vidhana Soudha to meet the Chief Minister seems authentic and inspirational. Suman Nagarkar, in her cameo appearance, comes in as a good support cast member. Educating students about the importance of 1098 through a street play makes is an informative addition. The film stretches in the second half, but it’s not too bad. Charan Raj adds value with his music, while cinematographer Balaji Manohar has captured the green belt in full glory.

Jeerjimbe is an educative film, while keeping the entertainment quotient high. Even with the film mostly comprising non-actors,  it makes for a flawless watch.

Stay up to date on all the latest Entertainment Review news with The New Indian Express App. Download now
TAGS
Jeerjimbe review

Sufiyum Sujatayum review: A tepid romance with some fine performances