Guess who will direct Vikram next?

Gautham Menon, who’s riding high on the success of Sahasam Swasaga Sagipo aka Achcham Yenbadhu Madamaiyada, is likely to team up with Vikram, who’s currently busy with the Tamil remake of Don’t Breathe, helmed by Anand Shankar of Iru Mugan fame. 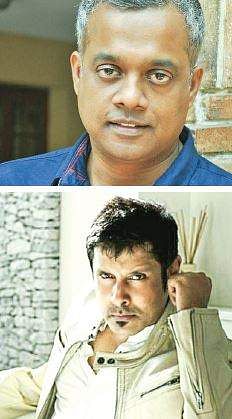 The filmmaker himself confirmed this in a recent press meet. “Up next, talks are on with ‘Chiyaan’. But things are in the initial stages,” he said.  However, one may recall, in 2015, there were rumours that both of them had a script discussion-cum-meeting. Vikram liked the story, and agreed to be a part of it. This was said to begin once the actor completed 10 Endrathukulla (2015).
Interestingly, Gautham also told us why his ambitious project with Suriya, Dhruva Natchathiram, never kick-started.  “Suriya didn’t like the script and felt it won’t attract the regional audience. He said, ‘Bro, this is like an English film’. But I wanted to make that English film in Tamil,” he added.