It looks like Sathuranga Vettai-2 has got the attention of the chess champion Viswanathan Anand. On Twitter, he wrote, “Thanks, Arvind. Lots of chess-pieces in your upcoming movie (sic).” Arvind Swami replied, “True, but we are thinking about the next move, while you have finished the game in your mind (sic).

” The shooting for the film, directed by NV Nirmal Kumar, began on Monday, and veteran filmmaker Bharathiraja had called the first shot of the film. So far, the scenes involving Radha Ravi, Trisha were shot in and around the city. While Sathuranga Vettai (2014)  dealt with many sub-plots, this one will have only one storyline. 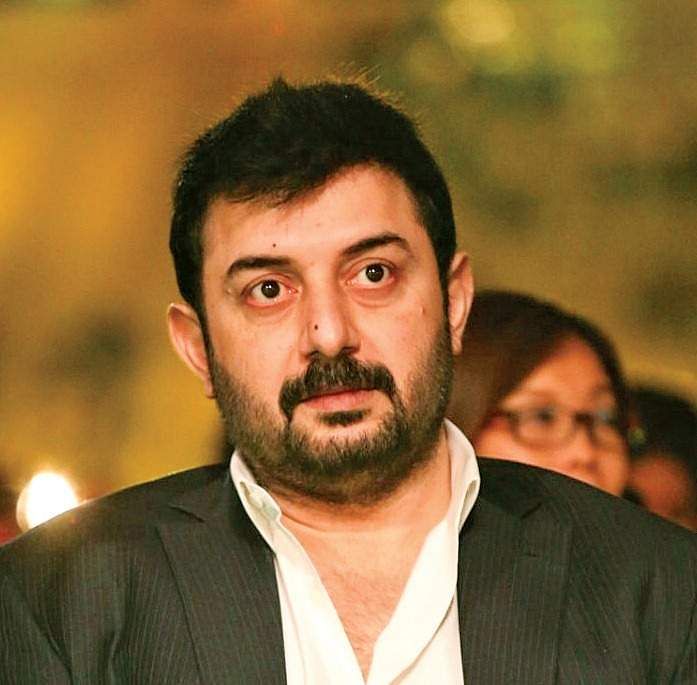 Produced by Manobala, H Vinoth (who helmed the original) has been roped in for the screenplay and dialogue writing, and KG Venkatesh is the incharge of cinematography. Arvind Swami, who’s currently on a break, will start shooting from the end of this month.