Guess which hit combo is back!

Filmmaker Selvaraghavan, actor Dhanush and music composer Yuvan Shankar Raja have given us successful films like Kaadhal Kondein (2003), Thulluvadho Ilamai (2002) and Pudhupettai (2006). Now, they have joined hands for Nenjam Marappathillai that has SJ Suryah, Regina Cassandra and Nandita Swetha in pivotal roles.  Dhanush posted this picture on his Twitter page, which is doing the rounds on social media. He wrote that he sang a trippy and difficult song for his brother Selvaraghavan’s upcoming film. 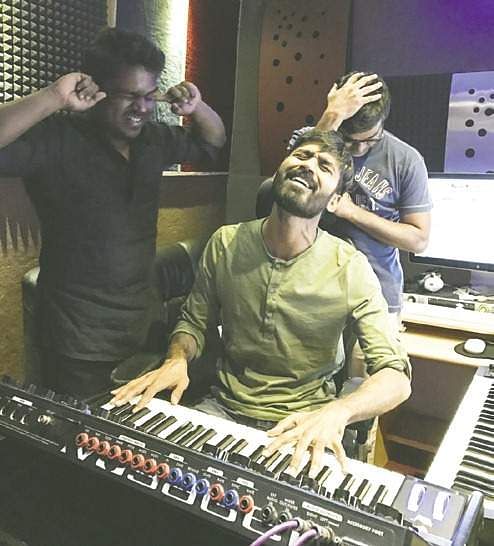 One may recall that Selva and Yuvan parted ways during the making of Aayirathil Oruvan (2010) and the filmmaker went with GV Prakash for music. The news of these three coming together made many happy! Aishwarya Dhanush replied saying she got to witness these boys at a fun recording session.