I am ready to face any issue legally: Lakshman

A couple of days ago cinematographer-turned-director Antony had filed a case in the High Court against Bogan director Lakshman claiming that the story is his. The official complaint had the details about the issue and how the producers of the film were threatening him. Lakshman denies the allegation and has filed a counter-complaint to the police. 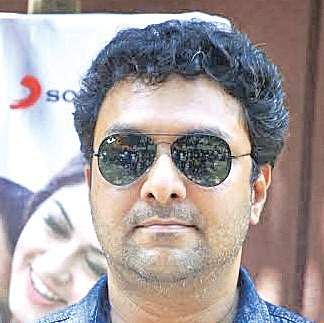 “I don’t even know who Antony is. I narrated the story of Bogan to producer Hitesh Jhabak and later I got to know that Antony also had narrated a similar story to him. Jhabak told him to work on a different script as both the storylines were similar,” he says.
Lakshman’s story has been inspired from an English film and he didn’t want to register it. “He has cleverly utilised the opportunity and registered my story as his. And, whatever he had narrated to Jhabak (his ‘original’ story) was a rip-off of a Malayalam hit film. He has fabricated the content and narrated the same to Nayanthara in a ‘woman-centric’ angle. I spoke to her. She knows the truth.I have already directed her in Kalvanin Kaadhali (2006),” he said.

In his complaint, Lakshman added that Antony has been lodging false complaints against them. “We’re being subjected to unnecessary mental stress as he’s putting out defamatory messages on social media. He wants money and I am not going to give in. Bogan is an ambitious project, and I have been working on it for a long time,” he said.
This is not a one-off occurrence, added Lakshman and pointed out that Antony did something similar in January. He lashed out saying, “He lodged a complaint with the South Indian Film Chamber of Commerce and claimed that I was making his story into a film. It was later found that both had been written in their own different styles.
I have been in the industry for 15 years and know the dos and don’ts of the industry.”
Lakshman claims he’s clueless about Antony’s intentions. “Poi sonnaalum, porundha sollanum!  A few of his assistants called me and said he’s capable of worse things. My story revolves around the life of a saint and can he prove that his screenplay is similar to my story?”

The filmmaker went on to speak of the concept of time travel represented in films before like in Suriya’s 24 and Vishnu’s Indru Netru Naalai (2015). “I am ready to face any issue legally because I am genuine and so is my filmmaking,” he said, and added that he will ensure Bogan is released by next week after a song is completed.