A look at the works of the artist(e), on screen and on paper, who will turn 75 on October 27

His scenes from his first film Kakkum Karangal (1965) would have been a mere six minutes but he was young and handsome and naturally, he was chosen to play brother to MGR (Kavalkaran, 1967) and son to Sivaji Ganesan (Uyarndha Manidhan, 1968). He also played Lord Murugan in (Kandhan Karunai, 1967) thanks to his polished good looks!

As he grew older, the 70s saw Sivakumar being synonymous with the quintessential good-natured hero. Many roles later, Sivakumar’s major solo-romantic lead was opposite not one but three heroines in K Balachander’s Sollathaan Ninaikkirean (1973) which had Kamal Haasan play a negative cameo. Kavikuyil and Bhuvana Oru Kelvikuri (both 1977) saw Rajnikanth play second lead to Sivakumar.
Ilayaraja was introduced in Sivakumar’s Annakili (1976) and his films also had solid roles for women where heroines like Lakshmi, Saritha, Srividya, Sujatha, Suhasini, Phataphat-Jayalakshmi, Jayachitra, Sumithra, Shobha, Sripirya, Sridevi, Radhika, Ambika, Radha, Nadhiya and Amala got to shine because he was a secure actor and was always a source of encouragement to his co-stars, many of whom debuted in his movies.

There was a gap between the MGR-Sivaji era and the Rajni-Kamal one, which Sivakumar bridged, along with Jaishankar and Ravichandran, but he proved to be a better bet to play hero in melodrama (Bhadrakali, 1976, Vandichakaram, 1980, Indru Nee Naalai Naan, 1983, Paasa Paravaigal, 1988) or devotional tales (Thaai Mookambikai, 1982, Vellikizhamai Viradham, 1974) and romantic sagas (Chittukuruvi, 1978, Rosaapoo Ravikkaikaari, 1979, Unnai Naan Sandhithean, 1984). He also played hero in many films which were adapted from novels. The nationally-acclaimed Manidhanin Marupakkam (1986), the light-hearted Yenipadigal (1979) and the comedy Illam (1987) are my personal favourites from his repertoire. 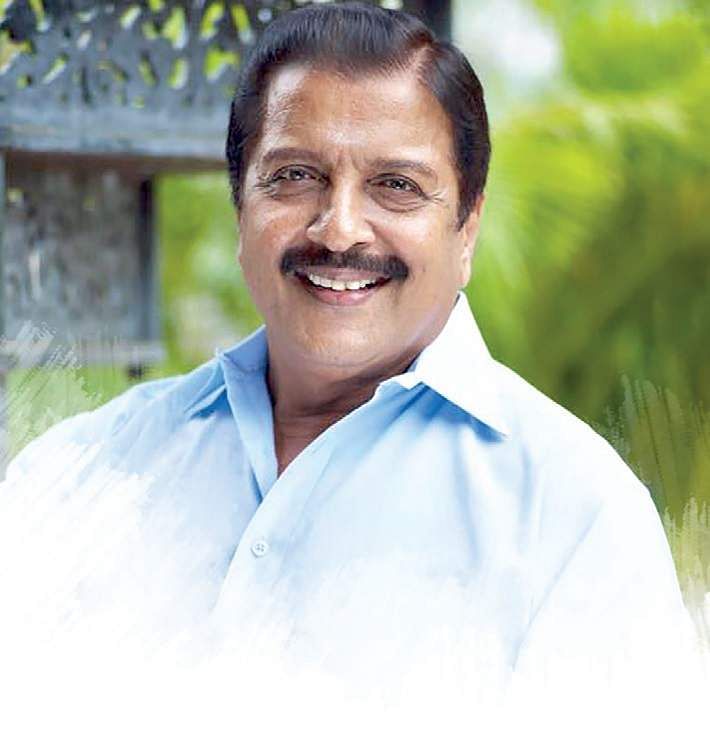 Think of a film star who can be the brand-ambassador for the word ‘Gentleman Actor’ and only Sivakumar fits the bill. His impeccable good habits, honest manners and sheer longevity as an actor speak volumes about his glorious career and his presence makes even the TV serial Chithi complete. An alumnus of the Government of Arts College, Chennai, Sivakumar’s water colours, on-location sketches and portraits of leading actors were his visiting card in tinsel town which impressed even MR Radha and Gemini Ganesan to whom Sivakumar had sent his works as a struggling actor then.
Slow and steady was his rise to fame and he enjoyed the goodwill of his seniors and has acted in 14 films with Sivaji Ganesan! Blessed with an impeccable memory for the written word, Sivakumar is a director’s delight and his oratory skills see him travel the world
with his treatises on the Mahabharatha and Ramayana.

Sivakumar did stage-plays with the late Major Sunderrajan and he adapted his style to modern acting trends as well. I cannot imagine Sindhu Bhairavi (1985) without his emotionally-flawed yet endearing JKB, where he lip-synced the ‘carnatic-swaras’ like he was a trained singer! Celebrating his 75th birthday this week, what strikes me best about his principled life is the fact that he didn’t take any special favours from anyone to launch his sons Suriya and Karthi, who emulate their father and are now bigger stars and production-powerhouses themselves.