The film also has Bhanupriya, Urvashi and Saranya Ponvannan in powerful roles.

Gearing up for his next film, starring four women actors, filmmaker Bramma tells how Tamil writers including Balakumaran, Sujatha, and  Ambai aka CS Lakshmi, inspired him to think differently. His debut film Kuttram Kadithal (2014) won the National Award for Best Tamil Film, and that’s why he says. “With every film, I feel more responsible.” Excerpts follow...

Tell us about Magalir Mattum.
The story, based on a real life incident, is a celebration of womanhood. Jyotika plays Prabha, a self-made documentary filmmaker. The film also has Bhanupriya, Urvashi and Saranya Ponvannan in powerful roles. I’m a huge fan of all of them. I can’t reveal their characters. I’ve admired their work and wanted to cast them in my project. It was great to unite them on screen after many years. 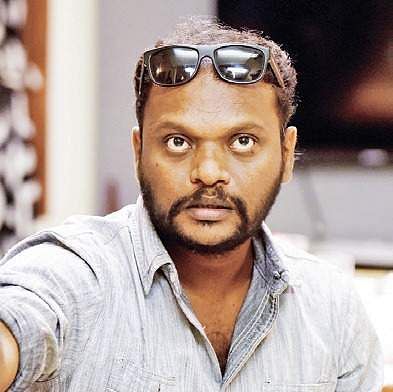 We shot extensively in Chennai, and Tindivanam, and also in Chhattisgarh, Uttar Pradesh, and Kerala. We’re done with 95% of the shoot. The story will appeal to everyone and satisfy both the art and the commercial film lover.

Why did you choose this subject?
It’s quite hard to be a woman. How many of us acknowledge the efforts a woman takes to make her family comfortable? It’s not easy to put yourself in somebody else’s shoes. Predominantly, women do that. This film will make you understand that we ought to be more empathetic towards women and sensitive to their needs.

How was your experience working with Jyotika?
She’s a director’s delight. On sets, she was brimming with energy like a newcomer. I couldn’t believe that I was working with a senior artiste. She not only performs, but also understands the depth of the shots, scenes and the script. She did her homework when she was required to ride a bullet. She’s sincere, dedicated and punctual too.

She has dubbed for her character. Initially, she was bit apprehensive, but I was confident that she can pull it off as she has been in Chennai for decades and knows Tamil well. I want to work with her again!

Kuttram Kadithal was a serious film. How did Magalir Mattum shape up?
Right from initial days of my career, I’ve been inspired by Tamil novels. For me, reading has been an emotional experience. I get ideas when I read.

Writing is not just a creative process; it’s more than that. When you are a storyteller/writer, you are not writing on an impulse and it is the only thing you do. I enjoy making films. There’s no dearth of ideas. (Smiles). Kuttram Kadithal was also a commercial film. I got more returns than what I invested. Magalir Mattum is an honest attempt to change our perspective of women. I wrote the script in detail, and I was very clear about my characters and cast.

You were talking about ‘treating women with more empathy’...
Empathy makes us human. We need to be connected emotionally to understand what others feel. We don’t understand what a woman needs. We’re mostly harsh to them. We belittle them and don’t respect them. We take advantage of them. That’s the bitter truth.

I don’t know if I have done justice to the script. But it’s an emotional film. I went by my conviction. A film has its own limits. I can’t preach to the audience. It’s not necessary. A film must only make you think. You need to initiate the change that you want to see.

For instance, we had a dosa campaign, which went viral on social media. It was nice when people told me, “Hey, my wife felt happy when I made dosa for her.” These little things matter! Ambai’s novels taught me many things. This dosa idea is one among them. She has mentioned it in her stories.

What’s next?
I took time off after Kuttram... and during that time, I wrote two scripts. I want to explore thriller and political genres. I am here with a purpose and I never want to lose it. I don’t want to make many films, but make meaningful ones.