Television is the new theatre

Mersal. Theeran Adhigaram Ondru. Aramm. These were all films that played on Tamil television, this Pongal.What’s caused them to come to TV so soon after their theatrical release?

Gone are the days when you had to wait years to catch hit films on television. While that timeframe been steadily shrinking for the past couple of years, the emergence of streaming platforms like Amazon, Hotstar, Netflix et al has ensured that the burgeoning entertainment appetite of the audience has been satiated sooner than ever before. Among the films that have been screened this Pongal on television are Mersal, Theeran Adhigaram Ondru, Aramm, Karuppan, Bairavaa, Vanamagan, and Kabali. Some of these films were running in multiplexes near you as recently as last month. 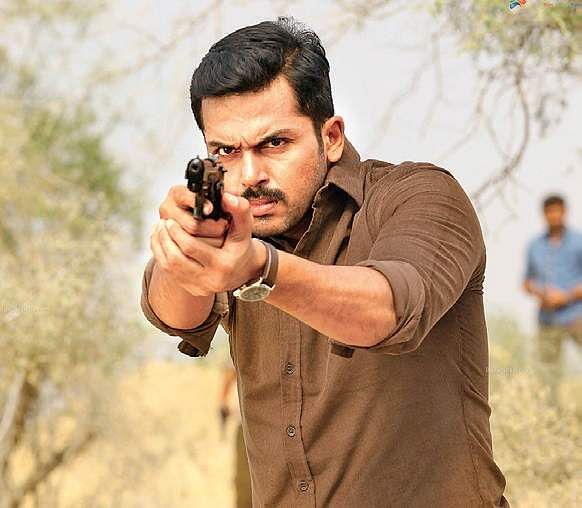 SR Prabhu of the Producers Council surprises us by saying that he thinks even this is not soon enough. “I am not exaggerating when I say that on the day of the release of a new Tamil film, there are DVDs of the film being sold outside cinemas. The piracy market is way ahead of the curve. Earlier, a film would run for 100 days and bringing them home to television was considered to be a healthy trend,” he says.

“These days, a normal run-of-the-mill film fails to run beyond 25 days and even a blockbuster doesn’t cross a 50-day theatrical run.” He explains the problem with a hypothetical case. “Imagine a film running for a third straight week for a single show across say 10 screens. Let’s say such a show is watched by 50 people. So, just to ensure 500 people watch the film, it does not make sense to fail to cater to 2 crore people and the revenue they can generate.”

He points out the example of business done in Western markets. “Around 15 days after a film’s release, you will have it available as a video on demand/pay per view. By the 30th day, DVD rentals will commence, and by the 45th day, you will have original DVDs being sold (with blu-rays if they are blockbusters). In such a situation, for us to arrive at the decision of screening these films on television now is pretty late by international standards, but at least, it’s a start. Going forward, I believe and hope that we can all arrive at a 30-day limit.”

A programme head of a leading television channel agrees that this time, for Pongal, films have been allowed to get telecast faster than ever. “The window has shrunk to 60 days from the 100 days it was before. We usually buy our films keeping in mind the next 25 years. So, while it might be surprising, the truth is that there is a bigger satellite market for Vijay and Sivakarthikeyan than for Ajith, even though the latter is what we would say in the industry as belonging to an A+++ category,” the source explains. “It is what we call ‘adding in to library value’. The next generation won’t be as excited about a MGR-Sivaji film, as they will be about, say, an actor like  Sivakarthikeyan.” 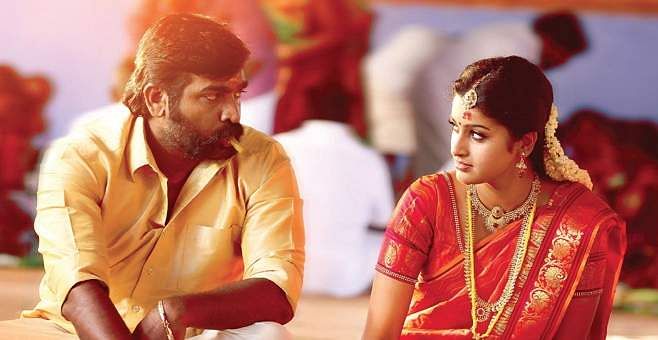 So when do the satellite rights usually get sold? “It all comes down to the star and the banner. Big star and big banner films usually sell their rights within days of the start of a shoot. The TV rights of the next two Sivakarthikeyan films which are scheduled to get released in mid-2018 and early-2019 have already been sold,” the source says. “Sometimes though, like in the case of Kabali, films will hold on to their rights because of multiple reasons. Usually it is because of budgetary or scheduling problems or other issues.”

Do they see the rise of digital platforms as competition? The TV source explains: “Not really. Vijay TV is a part of Hotstar. Sun TV has its own digital platform. Almost every channel is aware of the proliferation of digital platforms. This has, in fact, helped producers to split up movie rights and sell them separately to satellite and digital outlets. This helps them turn better profits.”

He reveals that TV channels typically purchase films based on how successful they have been, say, on a festival weekend. “Producers don’t care about the reputation of the channel, etc. They simply sell to the highest bidder.” But the overall view is clear. The situation isn’t to be thought of as a war between the satellite and digital markets.

We ask Prabhu if the rise of such platforms has helped curb piracy. “I won’t go that far,” he says. “That requires a shift in the mindset of audiences. But the arrival of streaming services has helped to a certain extent. I have seen hundreds of tweets from people who have expressed eagerness to watch Aruvi on Amazon Prime.” Prabhu believes people are inherently good. “Nobody wants to encourage a bad thing like piracy, after all.”

Does Prabhu see digital rights taking over satellite rights? “At best, there will be a 10 per cent overlap in those who consume both satellite and digital. They are different segments completely. Tamil cinema is leading the digital space given that we entered it as early as in late 2016.