Afamiliar name in Malayalam cinema, thanks to working with the who’s who of the industry including Nivin Pauly, Dileep, Dulquer Salman and Prithviraj, Namitha Pramod is now ready to make her Tamil debut with Nimir, a remake of Maheshinte Prathikaaram. Her role was played by Aparna Balamurali (of 8 Thottakkal fame) in the original, and Namitha says, “I would’ve loved to play it in Malayalam too. It’s a memorable role. That’s why I was happy to be part of Nimir.” 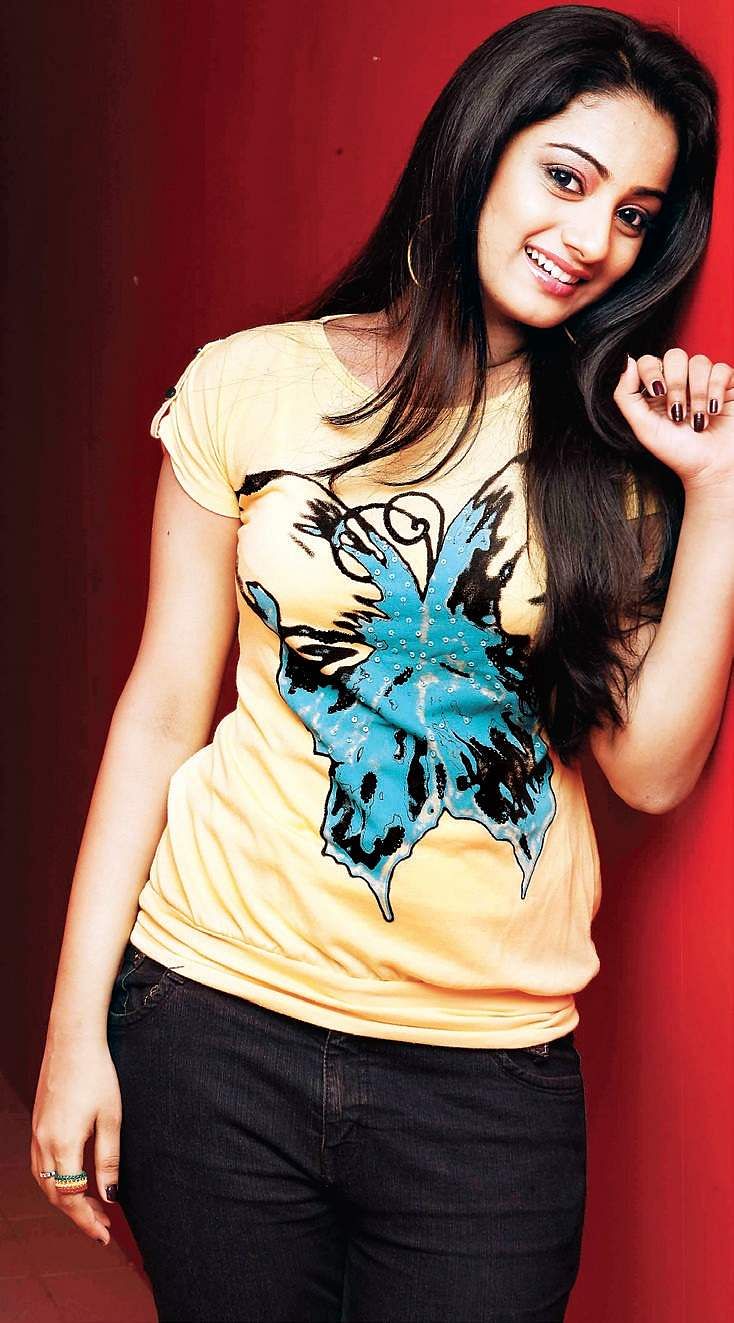 She notes that Priyadarshan has ‘recreated the film’ to suit local sensibilities. “The film’s about the life of a photographer and the issues that come with it,” says Namitha, who thinks that her character isn’t run-of-the-mill. “Usually actors say that the role they play is bold and strong even if it isn’t, but I can with confidence say that Malar is a bold girl.” She was surprised when she got the call to audition for the role. “I had scheduling issues initially, but I wasn’t going to say no to Priyan sir.”

Nimir is the first remake she’s part of, but she doesn’t quite think of the film as a remake. “Nimir won’t be compared with the original; we’ve taken very few references and have treated it as a fresh subject,” she says. “The pace of Maheshinte Prathikaaram is rather slow, but here, it’s different.You must also take into account Priyan sir’s style of filmmaking which took the film in new directions.”

She admits that working with Priyadarshan is a dream come true for her. “Though I’ve worked with many senior directors, I’ve always wanted to work with Priyan sir. I imagined him to be a serious, quiet person, but right from the first day of the shoot, we got along so well. He’s like a fatherly figure to me, and after the shoot, he said I was like his daughter Ammu (Kalyani Priyadarshan), but we talk like friends anyway,” she laughs.

On her look in the film, she says, “I sport a big bindhi, wear salwar, and sport very little makeup. I had a bob cut and coloured hair for my Malayalam film, Role Models, and it was such a hard job for the hairdresser to do my hair,” she says.

Namitha also adds that she was floored by Udhay’s simplicity. “Udhay is one of the sweetest people I’ve ever worked with. He has put in a tremendous amount of work for Nimir.” While on hard work, the actor says she had some trouble with speaking Tamil. “I usually dub for my films but I couldn’t for Nimir. The dialect was rather complicated. MS Bhaskar sir helped a lot.”The actor is known for playing the girl-next-door in Malayalam cinema. Is this something she will be carrying into Tamil cinema as well?
“I don’t have any such preconceived notions. I just want to be part of films that have good roles for heroines. People should remember the character when they come out of the theatres. Nimir, though not an offbeat film, is a sensible film that is a fusion of both commercial and realistic content.”

Up next, the actor has two big films in Malayalam, Kammara Sambhavam and Professor Dinkan. The former, incidentally, is Siddharth’s first Malayalam film. “It’s a period film set in the pre-independence era. It’s about the different stages of a person’s life.” On the other film, which has been made in 3D, she says, “It’s a film about magic and I’m excited about this project as it’s made on a huge budget. The VFX team behind Enthiran is working on it.”