Why filmmaking? How did the journey commence?
My father was a stunt artiste. Thanks to him, my passion for filmmaking was fuelled from a young age.

What do you like about working with Priyadarshan?
He works with very few assistant directors. On average, there won’t be more than four of us working on a single project. Thanks to this, we get to work for multiple departments. We assume responsibilities for various processes and learn to multitask efficiently. 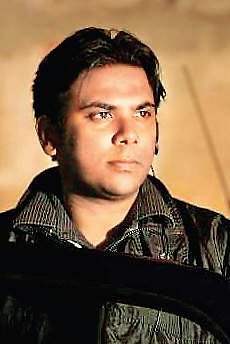 What’s one area of filmmaking that you were having a tough time with, but have now become better at?
Continuity. That’s something you can’t be taught in a classroom. When I joined Priyadarshan, the first task I was assigned was to take care of action continuity. It’s the biggest challenge that I have faced till now. You have to remember each and every detail of the sequence that was filmed. I now use a digital recorder to keep track of things and always manage to ensure that there is continuity, thanks to working with Priyadarshan sir. It’s very important to pay attention to this, since nowadays even audience keep track of continuity errors and upload YouTube videos of them.
What is the one thing that you’ve learnt from Priyadarshan?
Cost control. I learned how important it is to regulate costs and wrap up a film well within the allotted budget.

Who’s a director you wish you could work with, and why?
Bhagyaraj, because I love his screenplay writing.

Have you ever been starstruck?
I was starstruck by Shah Rukh Khan. He’s such a kind person. He showed that he cared a lot about those on the set with his acts of kindness. At the end of each day’s shoot, he would find and bid us all farewell. For Billu Barber, we shot a song where a few foreign artistes had to dance by hanging and swinging mid-air. While all of us were bothered about how the shot turned out, the first thing Shah Rukh Khan did when the director called cut, was walk up to them to offer them a chair.

What’s the oddest thing you have seen or done as an AD?
This isn’t odd, so much as disturbing. In Nimir, there was a sequence where a stunt artist was supposed to catch a running bus, which usually would have been child’s play. But unfortunately, that was not the case on that day, and he missed and got injured. I have witnessed several stunt artists get seriously injured during shooting, but what is more disturbing is how sometimes the family of the deceased prepares a kin for the same profession.

What do you like to introduce to Tamil cinema?
Availability of paramedic facilities at the shooting locales.

What are your future and upcoming projects?
My friend Arjun and I are in the process of drafting a script. I also have ideas for two other scripts -- one is a cop story and the other is about the life of stunt artists.

Now we are on Telegram too. Follow us for updates
TAGS
Ravi Thyagarajan