Arjun Reddy-fame Vijay Deverakonda is all set to make his Tamil debut.

Arjun Reddy-fame Vijay Deverakonda is all set to make his Tamil debut. The untitled Telugu-Tamil bilingual, directed by Anand Shankar of Iru Mugan fame and produced by Gnanavel Raja, was launched on Monday in Hyderabad. Touted to be a rom-com, the film features Mehreen Pirzada as its female lead. Producer Gnanavel Raja says, “I’ve seen Vijay Deverakonda’s Arjun Reddy five times and was spellbound by his performance. He is a brilliant actor and I’m glad to have joined hands with him. The first schedule will commence on March 8 in Hyderabad followed by a schedule in Chennai.” 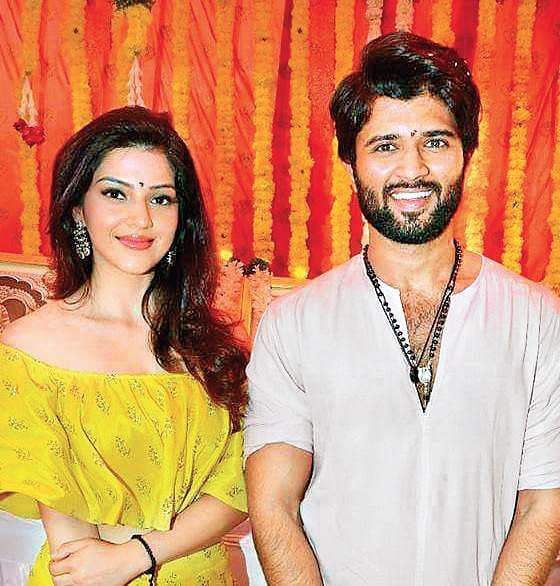 Anand Shankar says he is attempting something different with this film. “Vijay is keen to learn Tamil for the film. He’s promised me that he will master the language and dub his lines himself. I have made the script in such a way that it will appeal to Tollywood and Kollywood audiences equally,” the director adds. Also featuring Nasser and Sathyaraj in prominent roles, the film has music by Sam CS.

Now we are on Telegram too. Follow us for updates
TAGS
Arjun Reddy Vijay Devarakonda