Not just a man’s world

On the occasion of Women’s Day, we talk to women who are proving that there’s no such thing as
a ‘man’s job’ in cinema

Almost every woman in the film industry, at some point, has shrugged her shoulders and said, “It’s a male-dominated industry.” But there have been quite a few women who haven’t resigned, and instead have determinedly gone on and made their mark in branches of filmmaking that have traditionally been considered to be bastions of men. Acting, directing, dance choreography, makeup... these are all areas with a fair presence of women. What about the others though?

Gita Gurappa
Sound designer for 200 films including Sholay 3D, Sivaji 3D, Mankatha and Goa
It’s a glamorous industry and there’s always a stigma attached to it. When I got into the industry, my family wasn’t supportive of my decision either. It took a long time to convince them that we don’t have a job with regular hours, and that we might get home late. When my brothers got to see my work in the studio, they understood it. It’s undoubtedly male-dominated. I still remember the raised eyebrows I get when I come home late after work. We cannot explain to each and every person. Even if we say it’s the nature of our job, they judge us for doing such a job. We had a hard time getting a house for rent. I think we’ve come a long way now, but still, the mindset of many aren’t clear about the position of women in the industry. If you’re a woman, they think twice before giving work to you. Once you start working with a director, if they’re happy with you, they’ll come back for their next project. I’ve worked with Venkat Prabhu from Saroja. To make the first contact is challenging even today, and personally, it hurts. Even today they wonder if we can put in late hours and ask trivial questions like that. We aren’t less professional than any of our male counterparts. We’re more patient actually and don’t take dhum breaks either (laughs). Tamil cinema, in general, unlike Bollywood and Malayalam cinema, doesn’t encourage screenwriters regardless of the gender. In the 80s and 70s, when legendary filmmakers such as Balachander, Balu Mahendra and Bharathiraaja were working, they had screenwriters, but now, in the last two decades, that number has gone down. This is because there’s a belief that if a director cannot write, they are not good enough. Even directors nowadays work with authors who have turned into screenwriters such as Sujatha and Jayamohan.The culture of screenwriting, if made popular, will definitely bring in more women into the industry. There’s Anjali Menon in Malayalam who’s setting an example. But for something like that to happen in Tamil cinema, I think it’ll take more time. In any field in cinema, women start off asking, ‘Can I go there?’, ‘Will I find the right footing?’, ‘Will I be misguided or misused?’. With 250 films releasing every year, there are almost 200 debutant directors, but only a handful are women. That’s the status quo.

Jayashree Lakshmi Narayanan
Art director for films such as Charlie,Vanamagan, Karu and Karthi’s untitled project
It’s not because it’s a male-dominated industry. I’d say the whole environment isn’t women-friendly. There are a lot of practical issues such as the way we’re being treated. It’s quite similar to how it’s at home — the men get the harder jobs and we’re expected to do the easier ones. Considering art direction involves work such as carpentry, they assume girls can’t do it. The mindset of accepting that women can do the same job has to come first. There’s pressure from the family too. Accepting a woman as a boss is a mentality they have issues with.I would say even women are a reason for not getting enough roles. They use the trump card at times that they’re a woman to get away with things. But even if we want to do it, not all doors open. I’ve been denied offers just because I am a woman. Despite my experience, they doubt if I can pull off a big project. Not to mention their doubts on how to converse with us (smiles). I’ve had labourers telling me, “Oru ponnuku keezhe velai paakanumnu avasiyam ille.”

Shanoo Muralidharan
Production designer for The Little Theatre and film Katheyondu Shuruvagide
It has always been a male-dominated industry, and only now girls are arriving into the industry. Production design is tricky and men have the mindset that women can’t do what they can. I’ve had people say, “Ethukuma nee ithu na panre, ponnu ma nee,” and so on. But I can still do it. Family-wise too, we have our issues. My father is still against what I’m doing and he said he was rather happy with me being home and doing nothing. It took a long time to convince my mother too. When it comes to art, we have to get our hands dirty and even do things like sweeping the floor. My family feels bad that I do it but I think it’s because they are culturally programmed that way.

BR Vijayalakshmi
Director and Asia’s first female cinematographer
The reason we see more women now is because there is more awareness now. Women have truly come into their own and realised that they can do anything that men do. We’ve gone to space too! Fowzia Fathima (Bollywood cinematographer) has founded the Indian Women Cinematographers’ Collective which has a list of more than 100 practising women cinematographers in India. When I got in the field, there was little precedent. One male producer even told me that a woman could not be a cinematographer, but even he came around eventually to congratulate my work. When I assisted Ashok Kumar sir, everyone got to know about my work, and it was a natural transition for me to become a standalone technician. During Munthanai Mudichu, Bhagyaraj sir said that if I kept up the good job, he would give me a break in a year. He kept his word and had me on board for his film — Chinna Veedu.
There was stigma but I think it was more on the acting front. Now I think it’s completely resolved. Everyone does what they want to do now. 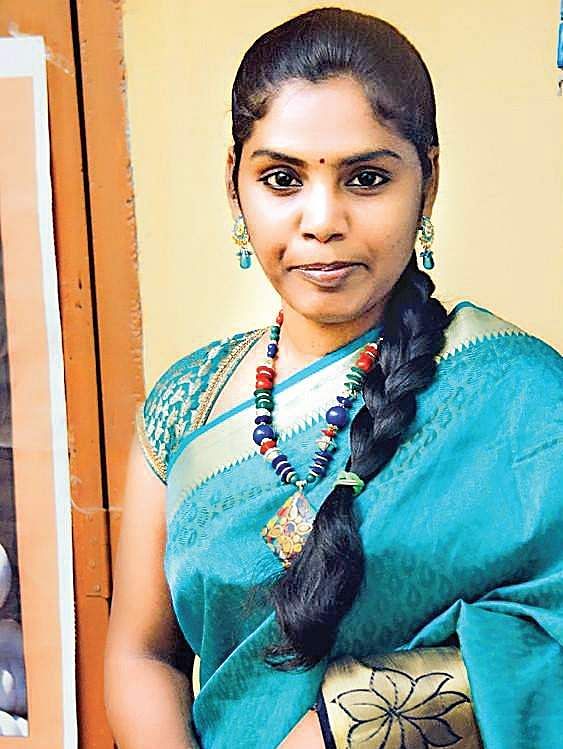 It isn’t just in my area of expertise. Apart from acting, women are rarely seen in other aspects of filmmaking. This is the case not just with Tamil cinema. There aren’t many positions open to women in arivu saarndha thozhilgal. Cinema has become a business now. Samooga akkaraiyo, thalaimuraiyai maatrum cinema inge kidaiyathu. To them, women represent a certain culture and every action a woman does is a reflection of that culture. This particular culture is avoided in the film industry. I’ve been in the industry from Madras and the number of films I’ve done is less compared to what a male contemporary would’ve done.They also think that the flexibility of working long hours is something women can’t provide. That’s untrue. We’re here because of our talent and they think the success what we’ve achieved is because of the society. But this society has never given the freedom a woman deserves. New age directors with forward-thinking persona such as Pa Ranjith are very few. I hope more directors and composers come forward to give opportunities to women lyricists.

Pavithra Kumar
Executive Producer
I started my career in ad films and worked with a filmmaker called Manav Menon. Being a Mumbai-based filmmaker, he encouraged me to try my hand with production, as Mumbai is famous for its women producers. They’re good with coordinating and money management. Down in South, the system didn’t exist back then. Even now, it’s very hard to spot women in my field. I don’t believe any discrimination occurs in at least what I do. How we talk and move with people is how you end up working. For me, it has been extremely comfortable as they’ve accepted me for what I am. I might be younger to those who work for me but that has not stopped them from getting instructions from me. I think it’s probably because of the confidence I give them. At the end of the day, I get my next job based on what I’ve previously done. Whether its my family or those I work with, they’ve been extremely supportive. I think women haven’t explored production as it’s a strenuous job. We have to be at the spot irrespective of the location or time.

Delna Dhamodiwala
Head of HR & Talent Acquisition, Double Negative VFX Studio
The percentage of women in the visual effects industry has gone up over the years though it hasn’t been exponential. I think it’s because of the abundant opportunities we have in the industry. The job demands long hours like any other field related to the entertainment industry. It also comes down to how women-friendly the environment is. It can be as simple as work timings and arranging transportation. Personally, moving from a healthcare background to visual effects industry came with a lot of raised eyebrows. I had to answer questions on why I opted for the entertainment industry, and whether there’s a future in VFX. I stuck around and it’s been great. I think more women should opt for this industry as the exposure they get and the growth they can get is incredible.