I am more confident as a director now: Kiruthiga Udhayanidhi

Kiruthiga Udhayanidhi, who’s struck gold by roping in Vijay Antony to star in her upcoming second film, is grateful to the actor-producer-composer for being a pillar of support

After her first film, Vanakkam Chennai (2013), Kiruthiga Udhayanidhi wrote multiple scripts, but nothing, she says, materialised. And that’s when she met Vijay Antony to narrate Kaali.

“I approached him with two stories, and Vijay chose this one. Actually, I wrote it for Simbu, but after Vijay came on board, we have made a lot of changes to the script to suit him,” she admits. Kiruthiga and Vijay studied at the same college—Loyola. “But I didn’t know him then,” she says. “There’s a general perception that he’s drawn towards dark films, but I don’t think so. He’s open to anything different and challenging.”

With this film, she becomes the first female director to collaborate with Vijay Antony, who also doubles up as the producer and composer of this film. “It’s quite hard to get a producer who completely believes in your script. I’m glad I found him,” she says. “Usually, when a woman filmmaker pitches a story, producers, even if they like it, seem unconvinced about whether she can do justice to the film. But Vijay has been encouraging, and gave me absolute freedom to execute my ideas.” 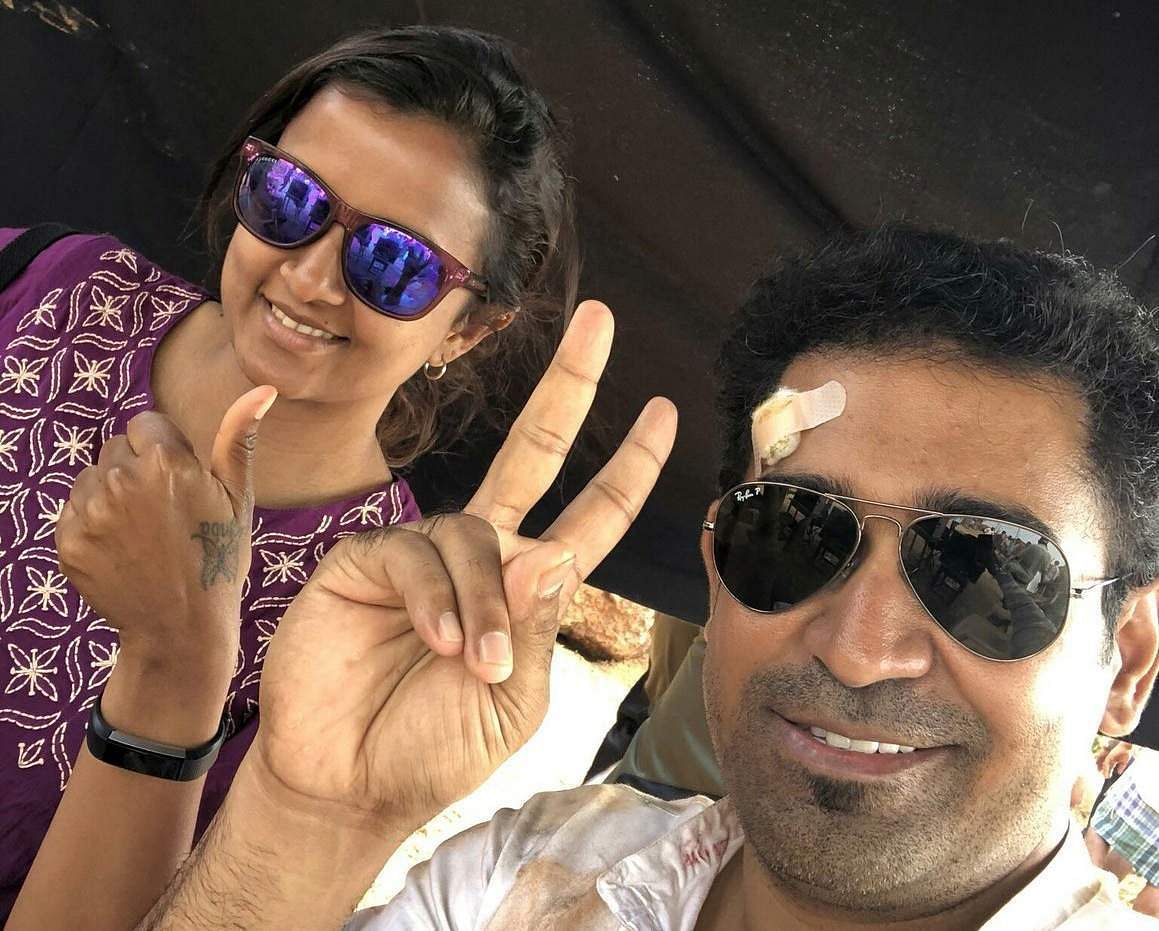 Kiruthiga believes Vijay Antony to be a director’s actor. “I remember him telling me that I should feel free to even yell into the mic if I wasn’t happy with the output. Kaali wouldn’t have been possible without his cooperation.”

The film, she says, is a concoction of action, drama, romance, suspense, and comedy. “It has the complexity of relationships you find in reality. It will make you rethink about life,” she adds. Kiruthiga enjoys the process of writing. “All women are strong-willed, and that’s how it should be in stories too. Also, I see a lot of myself in the characters I write.”

She sees stories everywhere. “It’s all about how you tell them. I have always had a lot of stories to tell.”
Vijay Antony features in multiple roles in the film, and the team had to consciously work on showing him in different dimensions throughout the film. “Naalu padam edutha oru feeling enaku. Certain portions turned lut to be really difficult to shoot, and I didn’t realise that when I wrote. The best thing about the project is how we could shoot whatever we conceived on paper without compromise,” she tells us.

Kiruthiga doesn’t restrict herself to rules, including those of a genre, when she writes a story. “I just go with the flow. I never planned my first film to be a rom com. It’s the same here. You could say though that I have become more confident with my second film,” she smiles.

Both her films fall under the commercial cinema category. “A story is a story is a story. It’s not that I don’t want to come up with women-oriented films. Maybe, that’s not in me because I was brought up that way. I have always been raised to be independent, and I didn’t face too much struggle at all,” she says, candidly.

Being a female director is no different from being a male director, according to her. “We all put in the same effort. Also, I have always felt protected by the cast and crew. Never once did I feel unsafe while making a film.”

Though the makers had initially planned to make Kaali as a Tamil-Telugu bilingual, they changed their mind because “the logistics didn’t work out.”Is a film with her husband, Udhayanidhi Stalin, on the cards? “I’d be lying if I say we don’t discuss films home. If something interesting comes up, why not?”
Future plans? “I’d love to direct Vikram or Dhanush,” she signs off.

I don’t understand why female actors have to fall into an image trap. Say, someone has to play a mother of two kids, I don’t think that’s going to affect their career, as they may think.

I strongly feel that the Censor Board should relax its rules. Only here in India does a filmmaker face so many problems while making a film.

Now we are on Telegram too. Follow us for updates
TAGS
Kiruthiga Udhayanidhi Vijay Anthony Vanakkam Chennai Kaali