Cinema in a time of curfew

The arts is what I turn to during times of crisis. I try to unleash that hidden storyteller, closet poet, bathroom singer (aren’t we all?) and doodling artiste in me to not much success.

The arts is what I turn to during times of crisis. I try to unleash that hidden storyteller, closet poet, bathroom singer (aren’t we all?) and doodling artiste in me to not much success. But there are works of masters in cinema that we can experience now when the noise has given way to some much needed quiet. Cinema has the best of all known art forms. There is poetry in visual frames, rhythm in spoken words and a beat of emotion, say, as the camera tilts up to show an expanse of the blue sky. Pictures that speak a thousand words and words that make the picture complete, colours which solidify the composition and strings of a song which soothe the soul... As you are reading these words, what are the movies you want to watch? Let’s talk of a list of Tamil films first.

The 80s was perhaps the golden age of Tamil cinema. Some of the best auteurs emerged during that time along with great actors and greater stories which didn’t cater to a preset formula even though the masala film genre was manufactured as a fast moving product that could be bought off the shelf. Cinema as an art form also emerged as an all encompassing force. A movie could make or break friendships (those famous Rajini fan or Kamal fan debates). 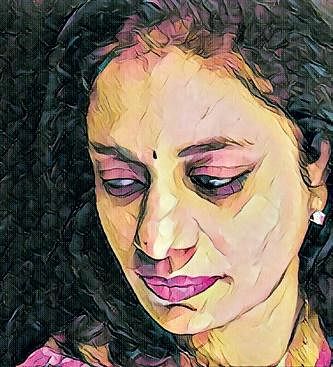 A movie could forge relationships, epecially because families went out as a group to watch films made by upcoming directors like Mahendran, Balu Mahendra and Mani Ratnam. When the same family came back from a movie, the discussion would also be on which Ilayaraja song was the best. The more ‘cinema literate’ cousin would tell you how that a particular frame in a K Balachander film carried the clue for the climax. An uncle would tell you how the outdoor sky in a Barathiraja film got him breathing more freely. One of my uncles actually said, “I could smell the fish Radha cooked for Sivaji Ganesan in Mudhal Mariyathai.” Movies were that intimate, that integral to our lives then. That decade is a personal favourite because it has the best works of my favourite filmmaker, Mani Ratnam, who has also gone on to adapt himself to the tastes of future generations.

What is that one element which can sustain a person’s talent across generations? I mean, Scorsese, Spielberg and Woody Allen are still making movies, and not just for the sake of it, but keeping in mind the changing times and business models as well. Digital explosion has not taken away from their creative spectrum. It has in fact aided more expansive story telling. Films set in a particular era are far more easier to execute now than before. This is why I look at a Nayagan today and I’m amazed at its finesse and timelessness. Each emotion, each character, each story moment and each frame, talks to you.
The millennial kids, of course, have their own favourites, yes, but a certain timeless quality is required to make a work of art stand above others. This is where filmmakers like Mani Ratnam hold their charm over an audience cutting across age groups, trends and tastes.

In the 2000s, 2003 was a landmark year in Tamil entertainment. It was the year when FM Radio got a rebirth, and working as a prime-time RJ, I had the opportunity to interact with all the ‘upcoming’ filmmakers of the time. Many films of that year went on to become cult classics in their genre. Dharani’s Dhool, Selvaraghavan’s Kadhal Konden, Gautham Menon’s Kaakha Kaakha and Bala’s Pithamagan along with Hari’s Saamy, Sundar C’s Winner and Shankar’s Boys set the heat on. It was also the year of another film which today is considered the go-to movie for universal love: Anbe Sivam. All these films are now available on digital platforms and could well be worth a rewatch not just for mere entertainment value but also to realise how one film turned out to be instrumental for the whole career of some directors.

I would also recommend some films by CV Shridhar (Uthama Puthiran that he wrote, Kadhalikka Neramillai, Ooty Varai Uravu and Nenjirukkum Varai), by Bharathiraja (16 Vayathinley, Mudhal Mariyathai, Vedham Pudhidhu, Kadalora Kavithaigal, Kizhakku Cheemaiyiley), and Mani Ratnam (a whole list beginning with Mouna Raagam for the 80s kids and Roja or Alaipayuthey for the millennials). K Balachander had an entire catalogue to his name. Or how about the comedy genre? I can hear an entire list which has mostly films starring Kamal Haasan, and rightfully so. You can also add Galatta Kalyanam (you will see a young romantic and in-form Sivaji Ganesan and Jayalalitha) and Visu’s Penmani Aval Kanmani which to me is a forerunner to the present day anthology genre popularised in Netflix (one theme, many stories). Of course I haven’t covered even the tip of the ‘Must Watch’ iceberg. Each of us have our open favourites and secret favourites. The point is, we now finally have the time to indulge in them. Let’s go for it.

Stay up to date on all the latest Entertainment Tamil news with The New Indian Express App. Download now
(Get the news that matters from New Indian Express on WhatsApp. Click this link and hit 'Click to Subscribe'. Follow the instructions after that.)
TAGS
Curfew movies Movies to watch in curfew Coronavirus Outbreak