Director Vasanth remembers one of his beloved films, Rhythm, that hits the 20-year mark today, while
discussing his 30-year-old career as a filmmaker

As you revisit Vasanth’s Rhythm, it is tough to imagine that it was made twenty years ago. A sensitive, moving portrait about two people who lose their partners in an accident, Rhythm’s charm is intact. 2020 also marks the completion of 30 years as a filmmaker for Vasanth. I ask him about his evolution as a filmmaker, and he replies, “Have I evolved?” with a laugh. “With age, I notice that I understand the same story differently. Life experiences have opened doors to new perspectives. Human being a evolve aana than correct.”

What was the starting point for Rhythm?
It is a story I got to know when working as a journalist. A man who lost his wife in a plane crash reached out to a woman who lost her husband in the same accident, asking if she was interested in him. This happened in the eighties. I was intrigued by this idea, and the question was, how would you unite two characters who don’t want that? I needed all the supporting characters and finally, got the screenplay. I wanted Rhythm to be my first film.

The way you have portrayed love has changed significantly. Nerukku Ner had Vijay in relentless pursuit of the heroine. But in Rhythm, Karthik is sensitive and mature.
Yes, now we have become so conscious that I wouldn’t think of having such an angle in my films again. Even if your intentions are right, if your actions are wrong, then it is a problem. Looking back at Nerukku Ner, the intentions of Vijay’s character were right, but as for what he does in the film, I wouldn’t have him do such things anymore. 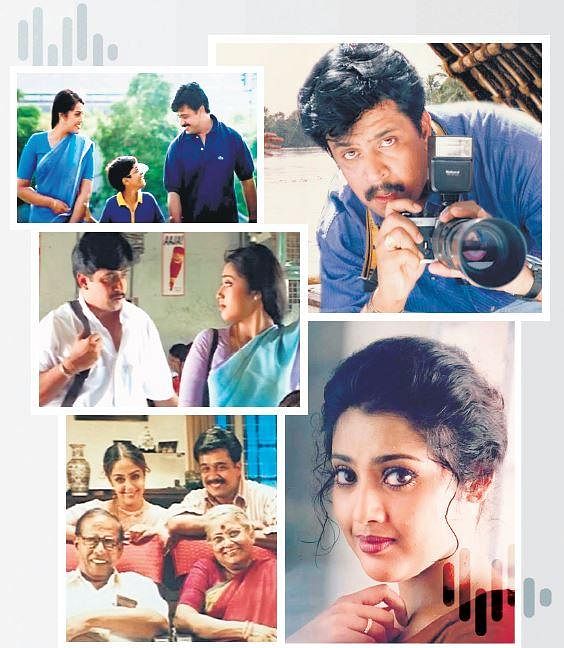 This was a conscious change in my later films. I believe that we should find happiness without disturbing anyone. Isn’t that the decent thing to do? Only then do I like myself. And it is very important for me, to like myself.

While it would have been easy to show Lakshmi’s character as a villain, you have a redemption track for her that is beautiful.
Mistakes are part of being human. I have erred several times and know
I will do so in the future too.

Redemption for me is a huge part of humanity. My characters make often mistakes and then seek redemption. There is no absolute right or wrong. We should understand impermanence. There was an unsaid rule at the time that more than 80 per cent of the scenes should feature either the hero or the heroine. Supporting characters were thought unimportant. But I was adamant that my films not be that way.

The album for Rhythm was created with the five elements in mind. Why did you suggest this idea to AR Rahman?
The idea behind Rhythm is to show that death isn’t the end. Philosophically speaking, life is made of these elements. It is a cyclical process. I wanted to convey this in one of the songs too. That’s why you have the line, ‘Thaneer kudhathil pirakirom, thaneer karayil mudikirom’ in the song, Nadhiye Nadhiye. That’s life. This idea for the album also gave me the opportunity to shoot at five different locations which gave a new flavour to the visuals. I love ARR’s style of re-recording. Luckily, he loved Rhythm. He treated it on par with international work.

I have always loved how you write women. In Rhythm, Chitra (Meena) breaks many stereotypes associated with strong women.
I think it is the influence of the strong women I have seen, of the literature that I have read from a young age, and the discrimination they faced that I subconsciously registered. My mother is a huge influence on several of my female characters. I have immense respect for strong women. But I can’t immediately accept your compliment. Someone else may point out all the mistakes I have made. My intention has always been to portray equality.

Dialogues in your films are another strength. When Karthik’s mother says, “Nee romba nalla paiyan pa. Unakku inum konjam nalladhu nadakkalaam”, it is hard not to well up.
When I write, I remain honest to that scene. Literature has also been a huge influence. Usually, I use my personal experiences to get that emotional gravitas. This dialogue was actually my mother’s. I believe several mothers would have said the same thing to their sons. There’s a line from Thevar Magan where a mother character, in grief, says, “Naan kudutha paal laam ipdi raththama pogudhe pa.” My mother has said that to me when I was injured. Kamal’s mother has probably told him the same. All of us speak effectively; we just need to observe more.

The visual language in your films, including Rhythm, remains fresh and survives the passage of time.
For me, the story always comes first. My primary concern is to ensure that it is all realistic, that every shot is organic. I subscribe to the school of thought that believes that a director’s presence shouldn’t be in-your-face. If the audience notices the director’s influence, then they get distracted from the story. In fact, I get uncomfortable when someone finds a pattern in my shots. It could also be Bergman’s influence.

Your biggest lesson so far?
Perfection is imaginary. I have tortured myself a lot trying to reconcile with this idea.

More from Entertainment Tamil.
Now we are on Telegram too. Follow us for updates
TAGS
Vasanth Rhythm movie