In the last seven days, one actor was discussed as a ‘favourite’ among my three friends and his movies analysed. One named Soodhu Kavvum as their favorite film, another chose Master and another picked Aandavan Kattalai. Super Deluxe, Vikram Vedha, 96 were all common favourites. The actor, of course, is Vijay Sethupathi. Master has emerged as much a Vijay Sethupathi triumph as it’s a Vijay grosser. 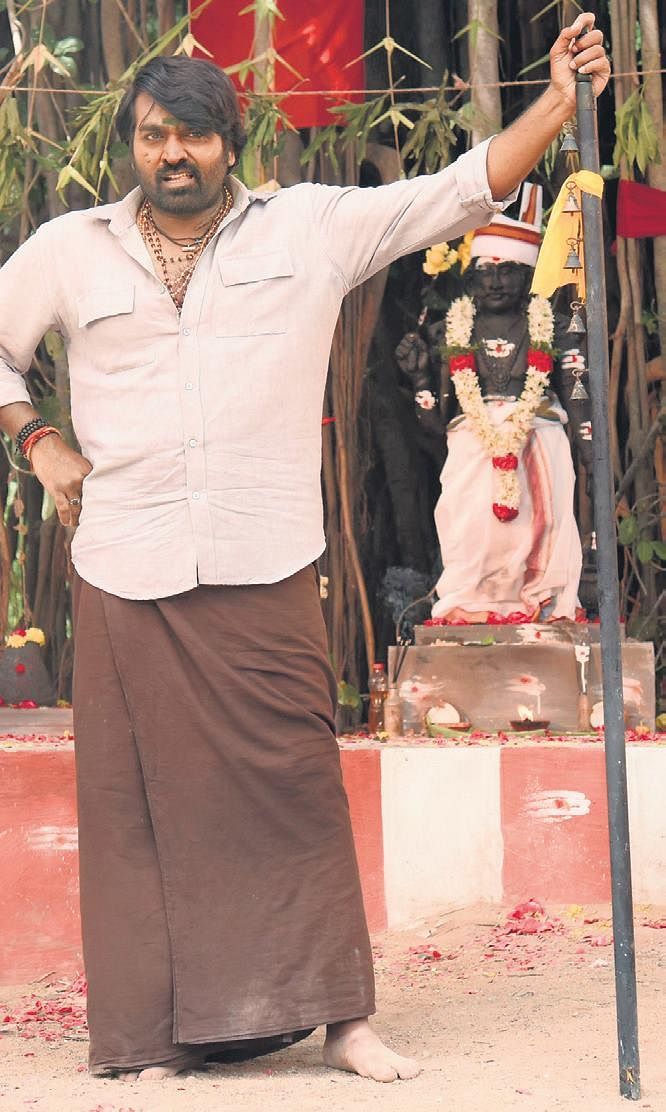 The film has opened doors of distribution and exhibition for feature films on the big screen in a big way post-COVID-19. A ‘mass’ film is no cakewalk and Lokesh Kanagaraj must have faced quite a bit of angst while chiseling his first mega outing with a high-ranking star like Vijay. In his bid to make this movie stand out, he has added an appealing ‘hero’ and had him play an out-and-out villain that seems to have made all the difference.

Vijay Sethupathi once told me that he says yes to a film after listening to the complete story and his role, and how it’s always a combined call of his instinct and cinema sensibilities that makes him give consent. Sometimes, it works; at times, they don’t, but he does look for that differentiating factor for him as an actor when saying yes. This is perhaps a simple line, but as a star who shoulders the highest responsibility to bring in collections that has to justify his remuneration in the film, a ‘hero’ always has conventional norms thrusted upon him by the system/ business of cinema.

To break those shackles/limitations and rise above the line drawn for him, both as a performer and as a name which will bring the money on the table, is no mean achievement. And Vijay Sethupathi has done this on his own terms. In a market where the range of actors and their business spectrum is preset, it’s always a wonder when a newcomer makes a mark as a bankable star. In this age of instant heroes and shortlived success, it’s even tougher to create a consistent, long-term impression which lends itself to a standout career graph.

It’s also a gamble when you choose to play a role in Super Deluxe that goes stereotypical ones. But that gamble gave national and international visibility to Vijay Sethupathi. It’s a bigger gamble to do roles in which he is not the conventional hero of the film, and yet, those films are the ones spoken of highly from his commendable list of films.

As much as a Dhanush is seen today as an international and national star from the South (who’s done Hindi films and is now doing a film with the Russo brothers), Vijay Sethupathi also has a lineup of films that will redefine his milestones and present him afresh every single time on screen. The choice an actor has to say yes to a story is what will decide what kind of star he or she will become. Vijay Sethupathi seems to have exercised his choices well.

Now we are on Telegram too. Follow us for updates
TAGS
Vijay Sethupathi