The 67th National Awards for films that were submitted in 2019, were announced on Monday, following a year’s delay owing to the coronavirus pandemic.

The 67th National Awards for films that were submitted in 2019, were announced on Monday, following a year’s delay owing to the coronavirus pandemic. It was a huge haul for South Indian cinema in all the major categories, with more than 15 films from the region being recognised in the awards. While Malayalam cinema led the pack with seven wins, Tamil cinema followed closely with six, Telugu with three, and Kannada with one.

The film is a heart-rending take on the life of a failed cricketer who yearns to retain the respect of his son. In the acting categories, Dhanush’s turn in Vetrimaaran’s Asuran, as an oppressed elderly man, fighting for his family in a caste-afflicted society, won him his second National Award for Best Actor (following his first for Aadukalam by the same director). 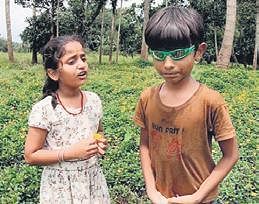 This is an award he will share with Manoj Bajpayee (Bhonsle), who has won a National Award for the third time in his career, with both of his previous wins coming for a supporting act. Bajpayee’s masterful performance in Devashish Makhija’s bitingly political film, stands testament to the adage that less is more. Vijay Sethupathi won his first National Award for Super Deluxe for his supporting act as a helpless transgender woman called Shilpa, who grapples with humiliation and guilt.

It was a first for Tamil composer Imman, too, as he won the Best Music Director award for his work in Ajith- starrer Viswasam. Naga Vishal was bestowed the Best Child Actor award for his performance in the Tamil drama, K D Karuppu Durai. While Marakkar also won awards for Special Effects (Siddharth Priyadarshan) and Costumes (Sujith Sudhakaran and V Sai), Mathukutty Xavier’s debut directorial, Helen, bagged two awards: Best Film by a Debutant and Best Makeup (Ranjith).

Meanwhile, Kannada filmmaker Vikram Mor won the National award for Best Action Direction for the fantasy-adventure, Avane Srimannarayana. For the first time after 2000, a Malayalam film has won the award for Best Lyricist (Prabha Varma for Kolaambi). The visually breathtaking Jallikattu, India’s official nomination to the Oscars, won a National Award for its cinematographer Gireesh Gangadharan.

Director Rahul Riji Nair for Kalla Nottam (Best Malayalam Film)
Ours is a small film, and we had so much faith in our work. So, when such an unconventional film
gets recognised, it not only boosts our confidence but also validates the belief that we are heading in the
right direction. I make all my films with the same passion, and each one is personal. Getting
acknowledged for this effort is really heartening.

Director Mathukutty Xavier for Helen (Best Debut Director)
The entire team and I are stunned by this news. As there were a lot of great films selected this year, the possibility of our film winning didn't even occur to us. Though it's a small film, we saw Helen as a commercial film intended to entertain everyone. I hope that our win will encourage a lot of aspiring filmmakers.

Producer Kalaipuli S Thanu for Asuran (Best Tamil Film)
I am doubly happy now. In 1992, Balu Mahendra got me the same award for the film, Vanna Vanna Pookal. Now, his assistant (Vetri Maaran) has earned it for me again. I dedicate this award to Dhanush and him. I wasn’t sure if this film would win a National Award when we began the project, but after seeing the preview show, I was confident that Asuran was capable of winning all the awards out there.

Now we are on Telegram too. Follow us for updates
TAGS
National Film Awards