‘Over 1 lakh people worked on the movie’

Remember Alia Bhatt’s entry scene in the blockbuster Bollywood movie Dear Zinadagi? She tells us how she can recreate ‘cheating on someone’ scene with just her camera angles. That’s the power of lights, the power of the cinematographer That is exactly what KK Senthil Kumar, the man of the moment and the Director of Photography, knows and has been using his vision to recreate the magic on the celluloid. Be it Arundhati, Maghadheera or Eega, Senthil and his team have been consistently floored the audiences with his SFX, VFX and DI work. The Bollarum Boy, who spent 630 days on the magnum opus called Baahubali speaks about his extravagant journey during a rendezvous, with City Express. 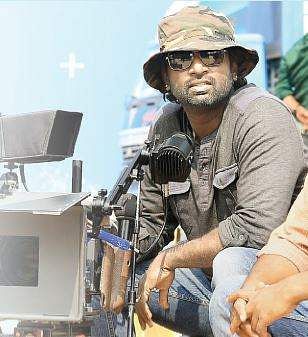 Technically speaking
Senthil’s make-believe visuals of Baahubali-The Beginning grabbed a lot of attention. Ask him what’s in store for part 2, the Movie Magician says, “Part two is surely superior to part one. Thanks to the incessant advancement of technology. The digital intermediary was done at Annapurna Studios. For a movie shot for so long with so much VFX (visual effects) involved, colour correction becomes an important part. We had to check every VFX shot and seamlessly match the non-vfx shots. My colourist Shiva, who is from a VFX background, was of great help to me. The post production pipeline at Annapurna studios was set by CV Rao, technical head at Annapurna Studios along with Kamal Kannan and me, such that we get the best outcome possible. Five of them assisted me. The other details will be on screen on April 28,” he explains.

Why so serious
Reminiscing about the shoot days, he recalls a funny incident. “We had to create a shadow of the actress for a scene. We had installed a 60 x 60 feet skimmer to create the shadow. Suddenly the skimmer broke and in a split-second, the entire crew ran from the spot. That moment was pretty serious but when I recall it now, it is funny. I cannot forget the way they ran in no time. These otherwise lazy people ran when they wouldn’t even think of walking!” he laughs.

“In part-1, there is a scene, where Tamannah aims her bow sitting on a branch. It was difficult to get down the tree and climb again each time. They sat on the branch for two hours straight,” he smiles. 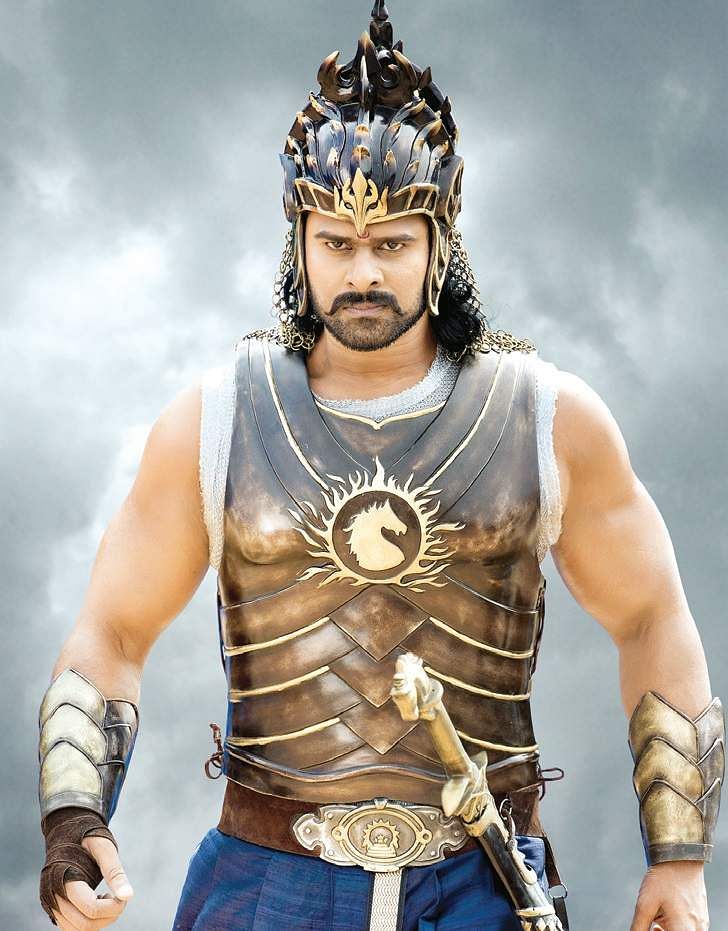 Dedication
They call it Bahubali family. They adopted the director’s dream and fulfilled it together. “More than one lakh people collectively worked together in the project. The producer, director, Prabhas, myself and the costume designer were completely on the project for five years. There were times when we worked for more than 24 hours.  Though it was tiring, it was an enjoyable process. The results make the struggle taste sweeter,” he recalls.  “It is like earning a doctorate. I imbibed lot patience during the process and also learnt the power of teamwork.  This film is both life threatening and life changing, but the producer always sported a pleasant smile,” he adds.

On Location
Bahubali was shot in Ramoji Film City, Mahabaleshwar, Kerala and Bulgaria. “When we were shooting in Bulgaria, it was peak winter. I thoroughly enjoyed shooting there in that snow,” he reminiscences.

Inception
No success story sounds easy. Maybe success comes with a price. Senthil graduated from Film and Television Institute of India, Pune and was assisting a lot of cinematographers. He wanted to be an independent cameraman. He took a long break and worked as a newsroom cameraman, which was against his wish. As a newsroom cameraman, his creative juices got stagnate and his dream to explore horizons of cinematography took a backseat. Thanks to Chandra Sekhar Yeleti who chose him for the famous television soap Amrutham.“It was a blessing in disguise. He also gave me a break with Aithe. No one was willing to give the work, I wanted to do,” he shares.

Quick Takes
So what does the hardworking technician love in life, besides his roll and movies? Senthil goes into raptures when he talks about the simple things in life. “I love my bed. I need immense motivation to meet people. I can be sloth when I am not at work. If given an opportunity, I will be at home, on my bed always. I am a simple guy who loves to stick to the basics. I must confess that I am in a committed relationship with dal rice, curd and pickle. I can live on it for 365 days. For me, panipuri is an emotion. I can eat countless panipuris at any time of the day,” he laughs out loud.

Who is Senthil?
According to the DOP of Bahubali, he is patient and enduring. “I wanted to be a cricketer as a kid since the day India won the World Cup in 1983. Kapil Dev has been my inspiration. I used to go for coaching at Bolarum Surana Udhyog grounds. Chess has been my favourite indoor game. I am asking my son also to take up chess.

Family man:
“I wanted to marry a girl, who looked traditional and has long hair. My friend Deepa, who was a costume designer for the movie Arundathi introduced me to Ruhi, my wife. When I met her the first time, she was wearing capris, sported a bob cut, was skinny and drinking wine. I was taken aback as she seemed nothing like my dream girl. I was upset with Deepa that she tried to bring us together despite knowing my preference. I met Ruhi a couple of times and realised how beautiful she is in and out. That’s when I learnt why it is important to not judge the book by its cover. I am a Hindu, she is a half Muslim and half Christian, but religion never came in between us. We follow our own beliefs and lead a happy life. It’s been 10 years and I still have the feeling of being in love for the first time,” Senthil says.