A lot went into the making of this epic film, which was simultaneously released in Hindi, Telugu, Tamil and Malayalam. Baahubali: The Conclusion which is undoubtedly on its way to becoming a huge hit at the box office, did not have an easy road to the theatres. The movie faced a series of hiccups before finally getting released. We take a look here at a few thorns it had to negotiate past:

The VFX
Baahubali 2 predominantly relies on visual effects--the film has close to 2,500 VFX shots, that were created by some 1,300 VFX artists from 36 studios across the world. The movie faced a lot of delays due to the intricate VFX work needed.

While Baahubali: The Beginning  explored only two principal locations -  waterfall and some parts of the Mahishmati kingdom in broad strokes, in Baahubali: The Conclusion, the emphasis is on the spaces inside the Mahishmati and Kunthala kingdoms, with a lot of attention paid to the details. There are also many more set pieces and loads more action and drama in the second part. The sets from the first part too have been enhanced exponentially for the sequel. 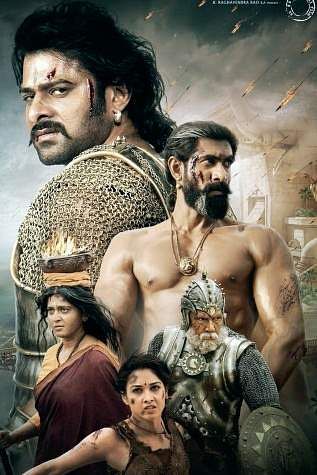 The long schedule
The film was conceptualised back in 2013 with major work on the sequel done at the same time. After having finished more than half of the work on some of these sequences, the team had to keep those aside and focus on finishing up the first part.

When revisiting these CG shots that they had previously worked on, all of them felt that they could do better and ended up redoing a lot of these. Another unexpected issue that cropped up due to the long schedule had to do with maintaining continuity in Anushka Shetty’s appearance. The actress, who plays Maharani Devasena, had put on some weight since shooting the first part and this lead to unforseen delay in the shooting for the second part.

Release in Karnataka withheld
A move to block the release of the movie in Karnataka was made by pro-Karnataka groups, which called for an apology from Sathyaraj, who plays Kattappa in the film, for statements made by the actor 9 years ago during the height of the Cauvery conflict. The issue was finally resolved following video appeals made by the director, SS Rajamouli, and actor Sathyaraj, who formally apologised for any offense he may have given to the people of Karnataka.

Release stalled in Tamilnadu
Karnataka was not the only state where the release of the film looked doubtful. The release was also stalled in Tamilnadu too due to financial problems that arose between K Productions and Sri Green Productions, which had bought the entire Tamil Nadu theatrical rights for Baahubali 2 from Rajarajan of K Productions. Later when the case came for hearing, both the parties opted to solve the issue amicably with help from the Tamilnadu Film Producer Council. 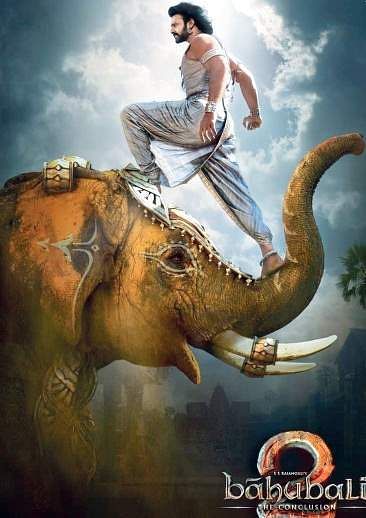 Cancellation of morning shows
On April 28 morning shows of Baahubali 2 got cancelled all around Tamilnadu. Reports suggest that this happened because of financial issues that cropped up between K Productions, who bought the theatrical rights and Arka Mediaworks, the producers of the film. It is believed that K productions had not paid all the dues to Arka Mediaworks. Due to this Arka Mediaworks apparently decided not to issue the No Objection Certificate.

Theaters can screen a movie only after this certificate is obtained. The encrypted security keys essential to the exclusive screening of the movie, termed as Key Delivery Message (KDM), will not be given either without the No Objection Certificate. These issues were eventually put to rest and the screenings of the film commenced from noon onwards.

Miscellaneous: Issues on pricing, leaks, IMAX not available in certain languages, etc.
The movie also faced many other issues like the sudden demand in Karnataka to remove the Rs. 200 cap on the ticket price.

The film also had a few stills getting leaked before the release of the movie. Booking issues too came into play once booking for the movie was opened. Baahubali 2 was initially planned to be released in IMAX format across all languages, but the IMAX format is available only for Telugu and Hindi versions. The Tamil and Malayalam version were not released in the IMAX format, which caused huge disappointment among the audiences of these languages. There were also reports that local tribes of Kannur, Kerala, where a few sequences were shot, interfered with the shooting.

Despite all these hurdles, Baahubali 2 has finally been released in approximately 9,000 screens worldwide--6,500 in India, 1,100 in USA and 1,400 screens across the rest of the world.