Baahubali 2: The Conclusion, which opened to tremendous response throughout the country following its release on April 28, has become the first Indian film to rake in `1,000 crore.

Baahubali 2: The Conclusion, which opened to tremendous response throughout the country following its release on April 28, has become the first Indian film to rake in `1,000 crore. It took less than ten days for the film to achieve this feat 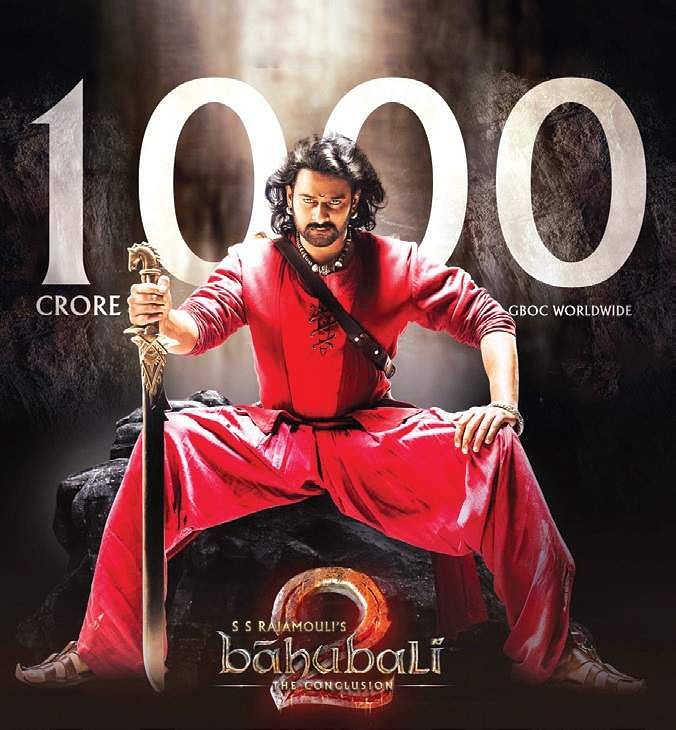 The official Twitter page for the film confirmed the news and tweeted, “Thank you everyone. This day will be remembered in Indian cinema history. Thank you all for your great support. `1000 crore Baahubali.” The film’s lead, Prabhas, took to his official Facebook page where he thanked his fans and the film’s crew. In his post he says, “The journey of Baahubali has been a long one, but among the few things that I will take away from this, is all of you. Lots of love back to you all. A big thank you to SS Rajamouli sir for believing in me to carry his huge vision to the masses, giving me the once-in-a-lifetime character of Baahubali and making the entire journey so special.”
Being the first Telugu film to release in 4K High Definition format, the film broke records even before its release. The movie made `500 crore on pre-release business alone. Produced with a whopping budget of `250 crore, Baahubali-2 is currently the most expensive Indian film ever made.