HYDERABAD: The Telugu film industry has perhaps never gone through a better phase, given how its market is expanding rapidly across the country and why, even the world. But coming as a dampener and an attack against its credibility is allegations of plagiarism. Some writers and director don’t seem beyond lifting story ideas — or individual arcs — from international films. While Telugu cinema’s reach was restricted in reach, this went unnoticed, but given that more eyes are on our cinema than ever, these ‘inspirations’ are now coming to light.

Most recently, French director Jerome Sally tweeted his outrage about Trivikram Srinivas’ Agnyaathavaasi allegedly being a rip-off of his 2008 film, Largo Winch, which too was a story about a billionaire’s son who is on the hunt for his father’s killers in order to salvage a business empire. The French director, who apparently learned of the Telugu film from updates on social media, has threatened to sue the makers of the Pawan Kalyan-starrer. It is to be noted that the remake rights of the French film rest with production house, T-Series. 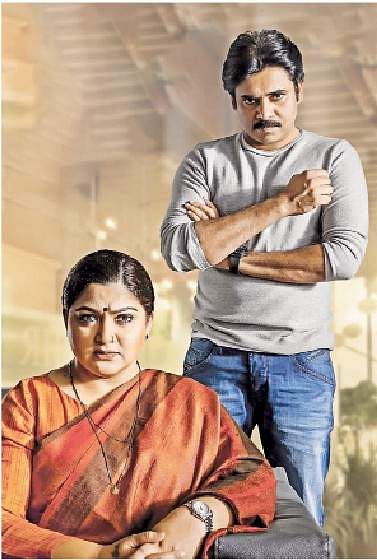 A day after watching the film at Le Brady, Paris, Jerome wrote on Twitter, “I’m afraid a settlement with T-series will not be enough. It’s not only about India. The movie #Agnyaathavaasi has been released worldwide yesterday.” He then tweeted again about this issue: “Indian cinema has all the necessary talent and creativity for not having to plagiarise. And the silence from #Agnathavaasi team since one week is deafening. So, let’s take action now. #LegalNotice.”

Meanwhile, the industry is also abuzz with speculations that the story of Allu Arjun’s upcoming film Naa Peru Surya could be inspired from American biopic, Antwone Fisher (2012), which depicts the story of a quick-tempered army officer, who struggles to deal with anger management issues. Producer Lagadapati Sridhar refutes these allegations though. “It would be good if people waited till the release of the film before making such accusations. There are numerous films like Shakti (starring Dilip Kumar-Amitabh Bachchan) and Kondaveeti Simham among others that deal with father-son conflict and anger-management issues. Our film is not a copy; I’d say it isn’t even inspired. Director Vakkantham Vamsi has written an inspiring story set in a military backdrop,” Sridhar says.

Popular writer Gopi Mohan, the man behind big hits including Ready, King, Dookudu and Baadshah, doesn’t think that ‘foreign inspirations’ is new to Telugu cinema. “Often, it is also on account of pressure from people like the director, producer and hero, who sometimes come up with their own rules of what a commercial film should constitute. A writer’s hands are tied. In order to avoid these issues, I simply stick to writing local stories,” says Gopi.

It’s definitely not a question of creative ability, he says. “We have many gifted writers. It’s wrong when they get asked to rehash the script of some international film,” he laments. He suggests that filmmakers do remakes legally. “The times have changed. If a director wants to do a remake, the rights can be acquired. Almost all the foreign language production houses have hired people to help with such processes,” he says. “For example, films like James Bond (remake of the Korean film, My Wife is a Gangster), Oopiri (remake of the French film, The Intouchables) and 2 Memiddaram (remake of the Korean film, Parallel Life) were all legal remakes.”

Gopi believes that there’s a clear distinction between inspiration and plagiarising. “You can get inspired by an idea, but your treatment should be unique. For example, I’d say AR Murugadoss’s Ghajini is inspired by Memento. The narration, however, is completely different and he weaved in local sensibilities beautifully. Thus, that film has no copyright issues,” he says.

Interestingly, some fans don’t have even have a problem with plagiarism. V Vishwanath, a self-professed die-hard fan of Pawan Kalyan, says that as long as it’s an entertaining film and the hero has a strong character, he doesn’t care if it’s lifted from an international film. “I know Agnyaathavaasi is a copy of a French film but it didn’t work for me. If it had, the copying wouldn’t have mattered. In fact, I think these issues actually end up boosting box office numbers,” he says.

And now, reports are surfacing that Mahesh Babu’s upcoming film, Bharat Ane Nenu helmed by Koratala Siva, could well be inspired by Largo Winch too. Meanwhile, Sai Dharam Tej’s new film to be directed by Karunakaran, it is alleged by sources, has similarities to American rom-com, The Vow. It remains to be seen if there’s any truth to these rumours, and if indeed they are, it would be interested to see if those films get credited.