Is the big screen still a big deaL?

As the streaming platforms like Amazon Prime, Netflix and Hot Star among others are recording rapid growth in its subscribers, we take a close look at how industry people perceive the change in the di

As the streaming platforms like Amazon Prime, Netflix and Hot Star among others are recording rapid growth in its subscribers, we take a close look at how industry people perceive the change in the digital mediums and see how it’s affecting the movie-watching experience

Telugu audience like going out to watch films in theatres. Of late, that liking has been on the rocks amidst growing concern that they are heavily warming up to over-the-top (OTT) streaming services like Hotstar, Netflix and Amazon Prime among others. The existence of theatres appears more problematic now as this digital revolution has changed the way how movies are being made and how we watch them. While the digital video-on-demand era has turned out to be an exciting affair for the movie aficionados, the industry people are considering it as a threat to the box office and opine that it’s disrupting the movie business to an extent. 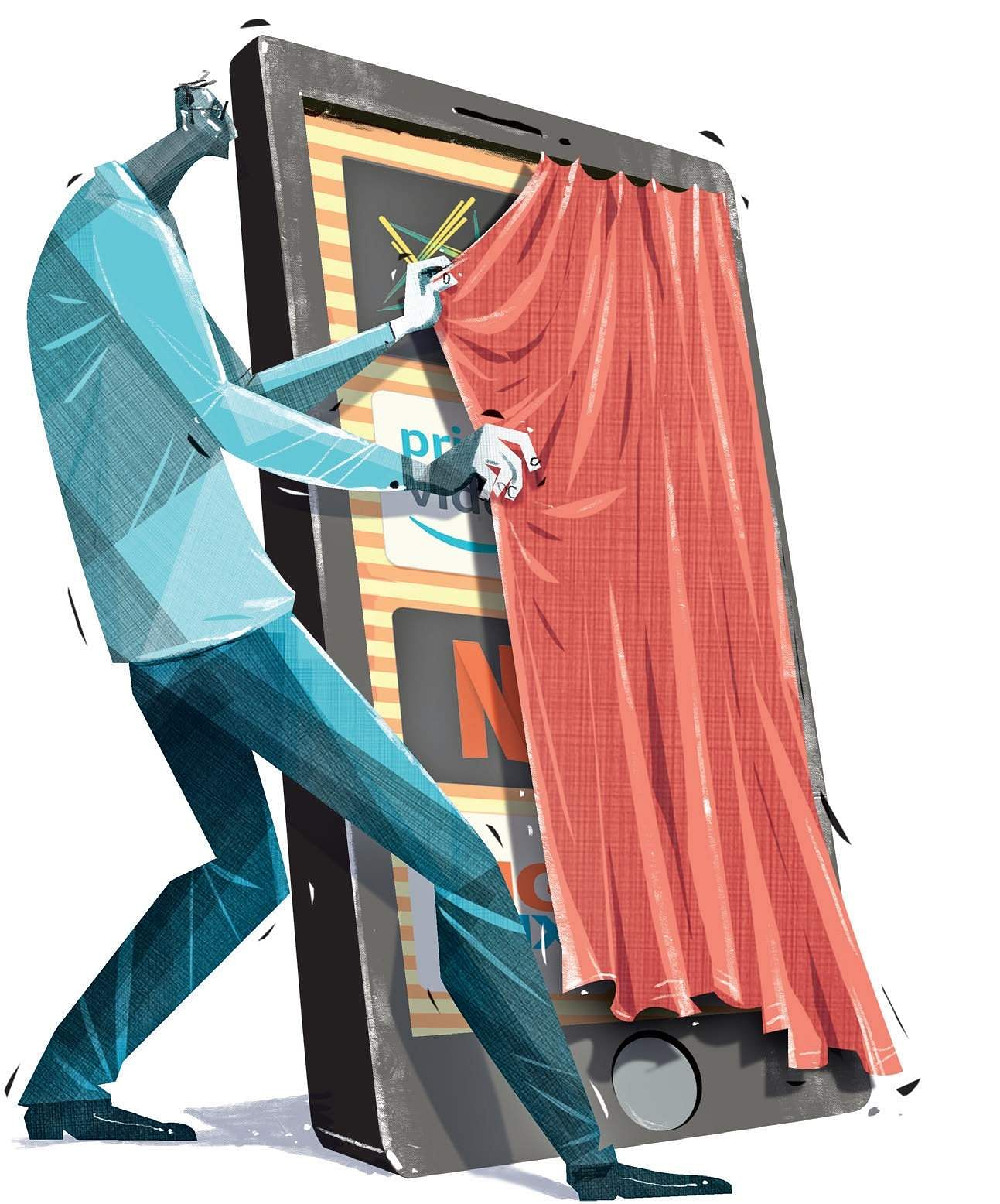 Veteran producer KL Narayana asserts that a structural shift is taking place in the entertainment industry – from watching films in theatres to online viewing and explains that the flexibility of watching what we want to at our convenience is working wonders for the OTTs. “Box office revenue is already being hit due to piracy and other issues. The footfalls in theatres have stagnated too. Films are no longer watched in single-screen theatres/multiplexes alone, but also on your smartphones, tablets and iPads at your convenient time. There’s clearly an appetite for content among some consumers,” says Narayana.

He agrees that the survival of films in theatres is in limbo and says that the digital platforms are a boon as well as a bane for the filmmakers.“The system has proved to be a double-edged sword and the exodus is not completely in our hands. The distributor model is still the biggest source of revenue for producers, but if theatres were to witness a drop in footfalls, it could be a concern as it’s potentially killing a traditional movie-watching experience. At the same time, taking into account the abrasive effects of moving away from these streaming platforms and keeping our content away from the digital subscribers could arise a long-term loss in revenues. I believe the digital rights will fetch more than satellite rights for Telugu films in the days to come,” informs Narayana.

Seasoned producer KL Damodar Prasad believes that films with overwhelming content can only survive the game. “The key for filmmakers is to realistically understand the kind of films they are churning out. The lacklustre reception to several films should push our writers/directors to develop their content and improve their film-making standards. The audience needs good content, and they will watch if it is available on any medium.”

He observes that the old business models are being transformed digitally and the technology is changing the fundamentals of the revenue stream for many production houses. “The business model has changed. Earlier, the film industry was reliant on cable television and satellite market. As the digital revolution appears to be gathering momentum, the increasing choices through the internet and also the shifts in viewing habits have been devastating an industry that has been lucrative for years. A producer, who is struggling to release his film sees greater monetisation in inking a deal with these OTT platforms as they have got sizeable subscriber bases,” notes Prasad.

The Ala Modalaindhi producer believes that streaming could be a profitable way of delivering small films because their movies won’t be guaranteed the traditional theatre release. “Out of 200 odd films releasing a year, people always worry about the prospects of 20-25 big films and write off small movies. But they should realise that these 170 odd films are driving the industry. So, these small-filmmakers have decided to go the digital route instead of seeking a conventional theatrical release and making money,” says Prasad.

The digital revolution is creating unprecedented circumstances in the industry as the model these OTTs are following is inadvertently creating unnecessary pressure on the filmmakers. Some OTTs are releasing a film online while it was still showing in theatres thus causing a drop in ticket sales. The situation was resolved recently and the OTTs have agreed to release a film after eight weeks of its theatrical release. But, does it overhaul the existing scenario? Damodar Prasad says, “We aren’t sure if the collections are increased due to this regulation. There are some loopholes which need to be fixed. Personally, I think a big-budget film can be made available online after 50-60 days and for small films, the clause should be at least 30 days. I believe only time will tell if the growth the digital industry has recently experienced is short-lived or the beginning of something truly different. That way, the future of the entertainment industry is being clouded by uncertainty.”

Tollywood box-office tracker Deepak Kodela is optimistic of a turnaround and says, “Every platform has got its space and cinema will continue to rule the roost. The bygone year has witnessed some memorable hits. This year too, we have got some hits like F2, Yatra, 118, Lakshmi’s NTR, Majili, Chitralahari and Jersey. We also have some exciting line-up of films which will draw a huge crowd to theatres. Several multiplexes are equipped with innovative technologies that take your cinematic experience to the next level. So, certain films have to be watched only in theatres and I’m guessing many films will do well.”