His kidneys have failed, but he keeps on giving a new lease of life to dogs. Meet India’s first visually-impaired canine entrepreneur who has rescued 20K animals, says Harpreet Bajwa

PUNJAB: What do you get by saving crippled or injured animals? It makes no business sense. But ask Vikas Luthra (41), a businessman of a “different kind,” he would tell you it makes all the difference in your personal, social, and financial life. His both kidneys have failed, yet Luthra has passionately floated Furever Friends Foundation – becoming India’s first visually-impaired canine entrepreneur.

“I am not sure how long I will live – I have to go for dialysis twice a week. What I know is my ‘Sherkhan’ – a ‘high fashion with compassion’ brand selling Indian ethnic dresses, winter jackets, wedding and party wear, collars and other items for pets – will stay with me,” says Luthra. He has rescued around 20,000 animals — dogs, cats, monkeys, birds and reptiles -- and has started foster homes for the strays in the last eight years. 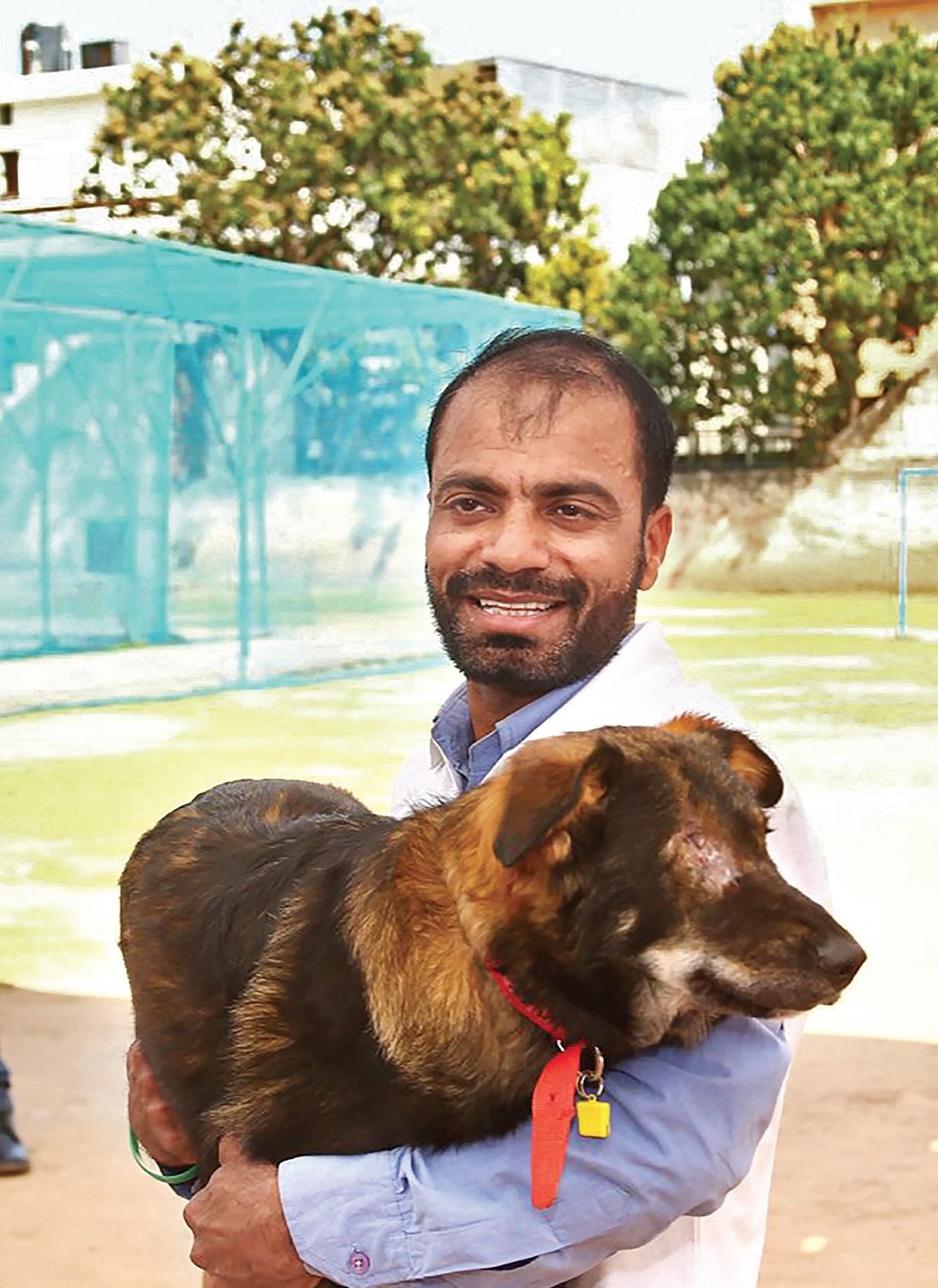 He has plans to start an animal ambulance service, around August 15, which will include facilities for surgery and life support systems. Luthra is originally from Panipat (Haryana) and migrated to Chandigarh in 2014. “Around eight years back, I started visiting animal shelters in Panipat, Jammu, Mumbai and other places. Soon, I developed empathy for the ailing animals.

I told my family that I’d leave the family business,” he said. His first ‘love’ was a partially burnt dog ‘Happy’ for whom he arranged treatment. ‘Happy’ prompted him to start Furever Friends Foundation. “People came to know about us and called us to a place/street wherever they found an injured animal. “Each day, we’d rescue around eight animals from tri-city (Chandigarh, Mohali and Panchkula) besides Himachal Pradesh, Haryana and Punjab,” recalls Luthra.

The number of such rescue calls went up to 15 per day. “We are now getting about 40 calls daily… we offer guidance on the phone, in some cases, saving around 15 animals daily,’’ he says. Luthra doesn’t have much faith in shelter homes for animals. “We have developed a foster care chain with around 150 members who offer personalized care for dist ressed animals”.

A few animals also stay at his Zirakpur home. “Shelter home care is not good and healthy for animals. Each foster care chain developed by us has not more than two needy animals. As per protocol of the Central government, a cured animal has to be released at the same location from where it was rescued. So far we have released about 15,000 animals”. He says the most important aspect of foster care chain is to ensure these stricken animals are adopted.

“So far 250 animals – some have lost an eye, or a leg amputated -- have been ‘re-homed’ by our foundation. A teacher by profession, Gagan Bains is the Chief Executive of the re-homing program, he says. Leena Rana, a business woman, has adopted a blind dog and a paralyzed cat. “Whenever I face any problem or others find an injured animal, the foundation members are our first port of call. They have a humane approach,” says Rana. Dr Neetu Gaur, a social scientist, says there are around 500 people from different walks of life associated with the cause as Luthra has motivated them to work for the strays and distressed animals.