It was an inspiring idea that helped tranform 36 acres of a barren hillock in Pune into a green forest
cover. Today, the land has 7,000 indigenous small, big trees, reports Sudhir Suryawanshi

MAHARASHTRA: The quest for a better environment often begins with small things with inspirers and influencers showing the way. In Maharashtra’s Pune, the spirit of persistence came from Singapore’s legendary ‘ironman’ Lee Kuan Yew who transformed the tiny island of Singapore.

The challenge was: Can you have an urban forest in the midst of a concrete jungle struggling to breathe in some fresh air? The Maharashtra forest department took up the challenge. Union Minister of Environment & Forest Prakash Javadekar has had a long association with Pune, where he found 36 acres of a barren hillock slowly being encroached upon. 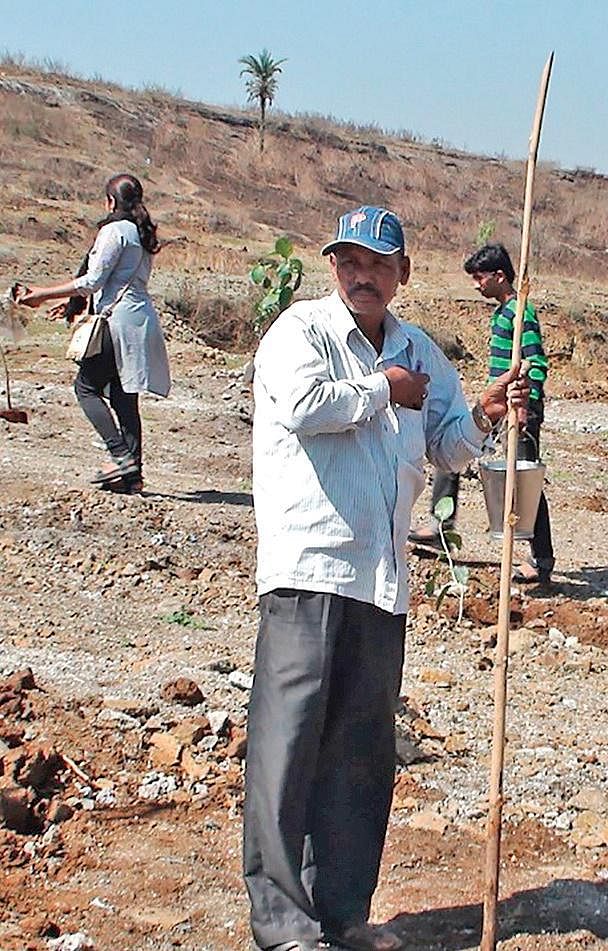 He floated the idea of converting it into a green forest cover. Various organisations along with TERRE – a non-political group working as a policy hub to shape the minds of citizens and politicians — stepped in. The forest department helped in constructing a protective wall around the urban forest. Rajendra Shende, chairman TERRE Policy Centre, says ‘cooling’ in modern- day takes place by ‘warming’. “That’s pretty odd,” said Shende.

He and several others decided to put in place a natural cooling system, and trees and plants were the essential part. “Tata Motors, the Persistent Foundation and other groups along with 200 police personnel planted nearly 6-7 ft high indigenous trees near Pune, which was once called India’s capital of natural refrigeration,” he added. Dr Vinaya Apte, TEERI director, said the barren land now has more than 7,000 indigenous small and big trees. “The entire stretch reverberates with the sound of birds. It has also become a favourite spot for morning and evening joggers.

The air has become much fresher and cooler. More than 1,000 people visit this newly developed urban forest daily,” said Apte. “Initially, it was a government initiative. Later, people living around it took the responsibility to safeguard the green space. The place was otherwise used by developers to dump the debris and slum dwellers disposed of their garbage. Transformation takes place when people take ownership,” Apte said. State environment minister Aaditya Thackeray plans to implement this Warje model in other parts of Maharashtra to turn barren land into green urban forests.