While serving as the DM of remote and backward Lawngtlai, Ala had worked towards ensuring selfsufficiency in fruits and vegetables and fought malnutrition by having nutrition gardens in schools.

AIZAWL: When  Shashanka Ala took over as the District Magistrate of Lawngtlai district, a remote and backward area of Mizoram about 290 km from capital Aizawl, she enrolled her son to an anganwadi. He would return home with packets of uncooked rice and dal.

“They didn’t cook food for children. They told me that they couldn’t afford to buy vegetables and pulses. Vegetables are expensive as these are brought from far-off places,” Ala, who belongs to Hyderabad, told The New Indian Express.

She had turned a part of her bungalow into a large garden where she was growing vegetables. “I thought I could do that in schools. When I left the district in May this year, several schools had these gardens.

"The teachers and students were growing vegetables and fruits,” said Ala, now Additional Secretary of Labour, Employment, Skill Development and Entrepreneurship and the Director of State Training Institute. Her husband, Bhupesh Chaudhary, who is from Panipat in Haryana, is the Additional Secretary, ICT.

He had his task cut out in the neighbouring Siaha, a disaster-prone district where villages are cut off during monsoon, making schools inaccessible.

Due to lack of access to quality education, the ratio of dropouts and child absenteeism are rising. 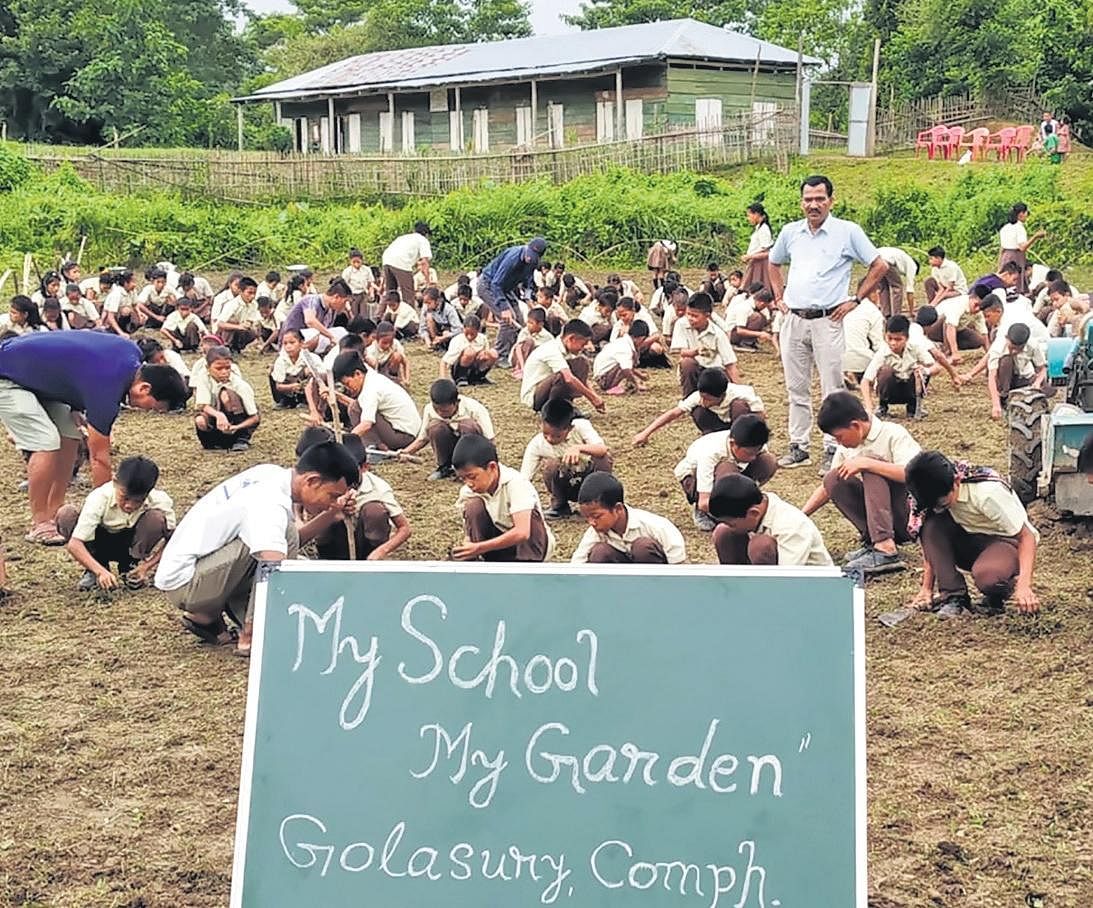 Chaudhary tried to improve the learning outcome in Siaha’s government schools through a holistic programme that seeks to improve the physical infrastructure of schools.

“These schools did not have libraries nor did they have games periods and sports equipment. We got libraries set up with books in 20 schools, procured sports materials and introduced 12 smart classrooms with CSR and other funds.

"We worked on improving infrastructure of schools with the convergence of MGNREGA funds,” says Chaudhary. Impressed by the keenness of the IAS couple — both IIT graduates — to serve the people, the Mizoram government this Independence Day honoured them: Ala received the Chief Minister’s award in public administration for her ‘Kan Sikul, Kan Huan’ (my school, my farm) initiative; and Chaudhary got it for excellence in public administration for his initiative ‘Kawng Kawhhmuthu’ (our children, our future).

While serving as the District Magistrate of remote and backward Lawngtlai, Ala had worked towards ensuring selfsufficiency in fruits and vegetables and fought malnutrition by having nutrition gardens in anganwadis and schools.

Lawngtlai had 35.3% stunted, 21.3% underweight and 5.9% severely-wasted (or low weightfor- height) children under the age of five years.

The level of malnourishment has now come down to 17.93% from over 35% thanks to the project.

As the high prevalence of malnutrition cannot be solved by merely purchasing costly vegetables, Ala sought to solve it through an innovative intervention by growing fresh fruits and vegetables at all schools and anganwadis.

Explaining ‘Kawng Kawhhmuthu’ initiated in June last year, Chaudhary says besides improving the physical infrastructure of government schools, another component of it was ‘Edufix’, a cloud-based mobile app, which he came up with in January this year.

The administration shortlisted the best teachers of Siaha and Lawngtlai and recorded their lectures in subjects such as mathematics, science and English in the Mizo language. Contents were hosted on the app for students’ benefit.

“We had to introduce these children to successful locals. In southern Mizoram, there are only a handful of Mizoram Civil Services officers. After finding some, we conducted case studies so they can act as role models for children,” said Chaudhary.

Now we are on Telegram too. Follow us for updates
TAGS
Mizoram Mizoram quality of education Malnutrition