From Kozhikode to Google: How this Bengaluru-based illustrator is celebrating art

For Bengaluru-based illustrator Muhammed Sajid N, the devil is in the details, and quite literally!

KOCHI: While making each illustration, rendered in comic book-like aesthetic that is meticulously composed, Kozhikode native Muhammed Sajid N often imbues his frames with ghastly elements that disconcert the viewer.

So, among  scenes of everyday life, of people in quiet contemplation, sketches of beautifully designed houses and enchanting landscapes, you will find motifs of popped eye sockets, bleeding severed heads, scary monsters in surreal and almost dystopian settings.

Sajid’s latest series depicting middle-aged and elderly women wearing masks made from crude digital contraptions, reminiscent of the one worn by Tom Hardy’s character Bane in the 2012 movie The Dark Knight Rises, signifies the Kafkaesque world we have come to inhabit in recent times.

“The mask series is the result of what I saw when I went out for a walk one day. I realised, although I was smiling at people I came across, they had no way of knowing it, as my mouth was covered.

It is difficult to express yourself while wearing a mask. I sketched Kerala women as those are the faces I saw everyday growing up. The masks are made of gadgets and wires to seem futuristic or apocalyptic, just as the world right now may seem to the elderly. If I tell my grandmother that we might have to wear such masks in the future, she will tell me she would rather die before the day comes,” says the 26-year-old who is a graduate of College of Fine Arts, Thiruvananthapuram. 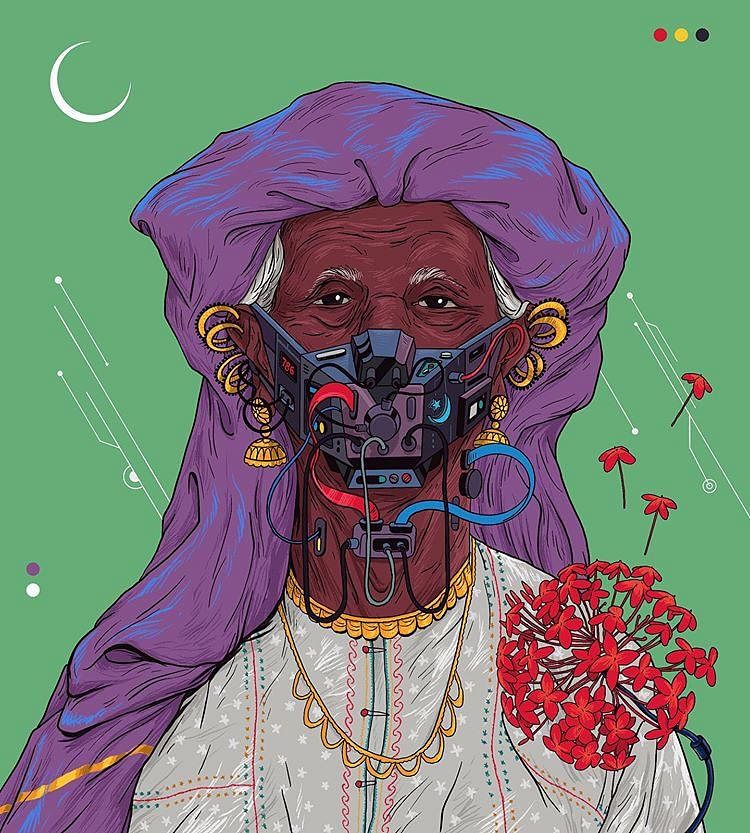 Art of the world
Even as Sajid situates a sizable portion of his work in an innately Kerala and Indian context capturing wonderfully the contours of working class Malayalis interacting with its abundant terrain, he gives snapshots of a dichotomous India with the presence of an urban affluent milieu and rural communities. The artist also draws considerably from global cultures and experiences. 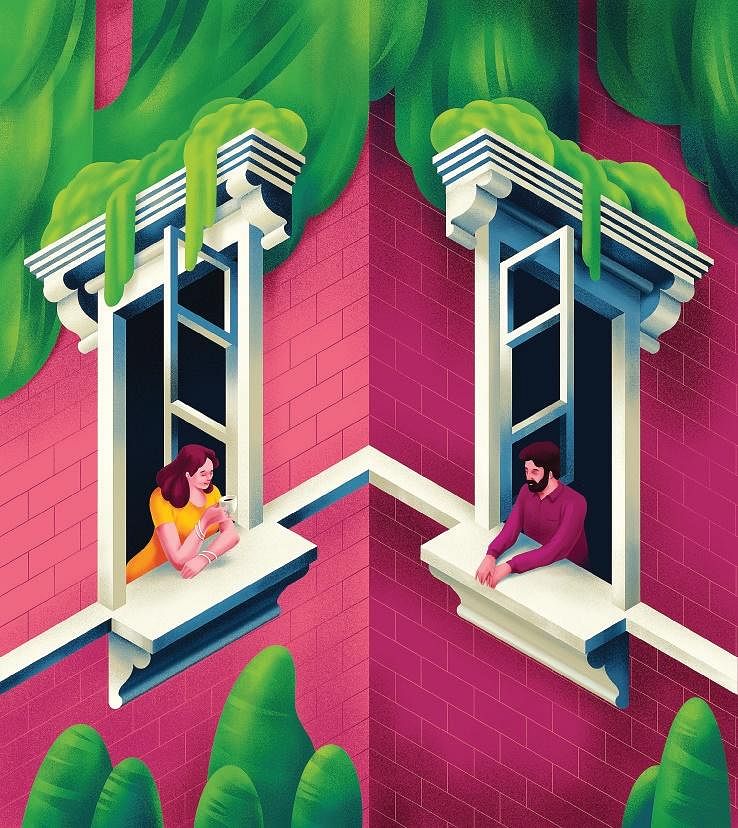 Much of Sajid’s art, like his minimalist doodles on what seem to be depicting a quintessentially millennial existence or his intricate sketches titled ‘Enemies’ featuring animals with their habitual foes (cat and the mouse) or evenhis charming series on a country’s customs symbols are truly world class.

The taste of success
Winning a Dribbble competition three years ago prompted Sajid to buy an Apple Ipad. Since then, he has seen multiple accomplishments coming his way. Having featured in official pages of Adobe and Apple Procreate over the last couple of years, Sajid’s entry for Procreate’s Art Prize 2020 bagged the Developers’ Choice title recently.

He has also worked with Adobe for the launch of Illustrator software on Ipad.

However, his most cherished achievement so far was being commissioned to create a Google doodle for the birth anniversary of late actress Madhubala last year. “For a boy who grew up in a small village in Kerala, it was a great honour. To see my illustration on the launch page of the most popular search engine in the world was something out of my wildest dreams. It only prompted me to dream bigger,” says Sajid

Now we are on Telegram too. Follow us for updates
TAGS
Muhammed Sajid N Kozhikode