UTTAR PRADESH: On a lazy winter morning in February 2019, as the newly appointed chief development officer (CDO) of Etawah, Raja Ganapathy Ramasamy, went out to take stock of the issues in the district, he spotted a few youngsters running along the road in Badpura block. He had noticed a similar sight while coming to the city to assume charge — when many were running and working out along the highway.

Etawah is famous for its wrestlers — almost every family here has a wrestler or two.  A fitness freak himself, Ramasamy reached the Manikpur Visu village under Badpura block to interact with villagers, who told him that despite having an expansive piece of land, aspiring athletes had no place to work out or practice as it was under illegal possession of land sharks. The CDO came to know that this was the case in many places in the district. 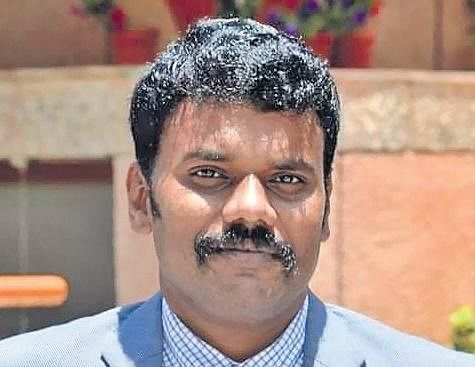 Besides, he worked on the beautification of 1,400 schools under ‘Operation Kayakalp’, rejuvenation of four rivers — Senger, Purah, Anaiyah, Sirsa — with a total length of 250 km, raised 30 RO plants in semi-urban areas being run by SHG women under the Prerna Jal drive.  Took over as the Etawah CDO in February last, Ramasamy didn’t seek any extra funds or manpower for these projects.

It was all managed through existing schemes and allocations under the MGNREGS, village panchayat funds and public representatives’ local area development funds. In several cases, he had to get the land vacated from illegal possessions. His initiatives, clearly, traverse a vast array of areas, but his special focus has been on health and fitness.

Instead of getting the usual drains and roads constructed, Ramasamy prepared a plan to get a model park developed on 4,000 square metres, using this land after getting it vacated from an illegal possession within a month’s time.  “We used the funds available under the MNREGS and started work on the model park on the expansive piece of land,” the IAS officer says.

The first model park came up in a over a month’s time in Manikpura Visu village at a cost of Rs 25 lakh. The Manikpur Visu model park became such a fad that other village heads started approaching the CDO with applications for getting similar facilities built in other villages as well. Now, all eight blocks under Etawah have three model parks each.

campaign for Punjabi as language in J&k
Jammu: A Sikh organisation on Saturday launched a signature campaign here to press for the inclusion of Punjabi in the list of official languages in Jammu and Kashmir. The campaign by Sikh Youth Sewa Trust started outside a gurdwara in Gandhi Nagar as part of its efforts to mobilise support for fulfillment of their demand. On September 2, the Union Cabinet approved a bill under which Kashmiri, Dogri and Hindi, apart from the existing Urdu and English, will be the official languages in the Union Territory of Jammu and Kashmir. The bill is likely to be tabled in Parliament during the monsoon session next week.

More from Good News.
Now we are on Telegram too. Follow us for updates
TAGS
Raja Ganapathy Ramasamy Etawah wrestlers Uttar Pradesh