BHUBANESWAR:  A 58-year-old progressive farmer with no scientific knowledge about paddy breeding process has come up with three new varieties of rice that are resistant to both drought and floods, in the non-descript Sujanpur village in Puri district. 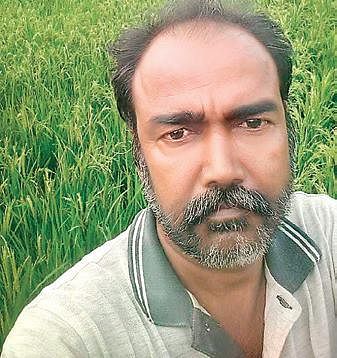 “I have used the traditional methods to produce the new varieties. Initially, I planted four lines of commercial paddy variety along with two lines of wild paddy variety and then changed it to two lines each. The same method was also used in drop-seed cultivation. After a few years, a new variety with different colour and character came out from the same cropland,” he said.

The husk colour of the newly developed varieties is reddish brown and kernel is reddish with medium standard size. The cultivation duration in kharif is 135 to 140 days from seed to seed.

The average yield as estimated from the actual whole plot yield was 18 quintal per acre.

“While white rice is the most commonly consumed type, brown rice is widely recognised as a healthier option. The brown rice I have produced will protect people from colon cancer, type-II diabetics, cholesterol and menstruation disorders besides constipation,” he claimed.

Samantasinghar said he has approached the Odisha University of Agriculture and Technology (OUAT) to apply for patenting the paddy varieties and the Central Rice Research Institute (CRRI) for commercial utilisation certificate.

“The scientists of OUAT and CRRI opined that the rice is highly nutritious having highly medicinal value. But I am unable to get the patent and commercial utilisation certificate due to lack of required money,” he added.

Former Deputy Director of Agriculture (Puri) S Chandra Sekhar Rao, who recommended the paddy varieties for commercial certificate said the varieties have come up due to perceived preference over cultivating Swarna in respect of agronomic traits.

“The genotype is a chance of occurrence in a population of cultivar CR-1009 raised in farmer field during Kharif-2014-15,” he stated in his recommendation letter urging the CRRI to verify the uniqueness of the genotype for larger public interest.