52 schools with makeover such as science labs, smart classrooms, libraries have come up in various districts since last year and the plan is to raise the number to 100.

CHHATTISGARH: The Chhattisgarh government’s push for providing quality education in English language in government schools since last year has had young parents heave a sigh of relief.

The government-owned English medium schools cater to poor or underprivileged children who usually take English language as a preserve of the elite.

Fifty-two such schools with adequate makeover have come up in different districts since last year and have witnessed a huge flow of applications for admission. As many as 30,183 students were enrolled in these schools which have 1,650 sanctioned posts of qualified teachers.

“We are moving ahead to complete one of our dream projects to ensure greater access to quality education in uniquely conceptualised English medium government schools. Improving education should remain a critical area of investment and the students’ performance should be the indicator of success”, says Chief Minister Bhupesh Baghel.

The state is going to raise the number of such schools from the existing 52 to 100 from the next academic session across 28 districts of the state, he said. 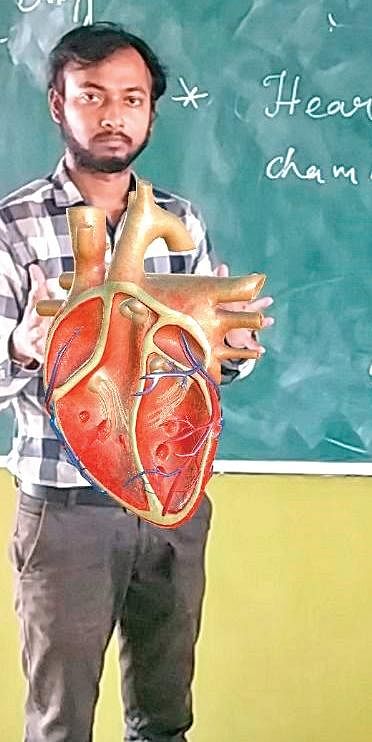 In these schools, pupils are taught in English from the primary level. There are around 500 seats fixed for each school with primary to the higher secondary level.

Interestingly, most students in higher classes have lateral entries from private schools. Government officials too have got their children admitted in these English-medium schools.

The school infrastructure is being refurbished with a good ambience in and around the campus. The schools are being beautified and furniture changed for students and teachers.

Science labs are being adequately equipped with a stress on smart classrooms. Libraries will be stocked with inspirational literature for students and teachers. These schools will also have wellmaintained grounds with multi- sporting facilities. Principal Secretary (school education) Alok Shukla says the English language learning can be an influential emancipator.

“Those who cannot afford better education in English medium private schools are key beneficiaries. The schools should be able to identify problematic areas of learning and resolve them”, Shukla adds. Jitendra Shukla, Director in the Directorate of Public Instructions (DPI) says for a complete autonomy over the functioning of such schools, the responsibility is vested with the registered society formed in respective districts under the chairmanship of the collector.

“These societies are empowered to appoint wellqualified teachers”, he says. Since the state government has decided to have English-medium schools during the ongoing academic session, the only available option is to renovate the existing old school buildings. The location of such schools is based on certain norms; for instance, a school should be located in an urban setting and should cater to large slum areas, where schools face declining enrolment in spite of scope to accommodate enough students. Architects have been roped in to modernize the existing schools based on the local requirements.

The District Mineral Foundation (DMF) funds are channelized by the respective district collectors to meet the expenses. “The English medium school concept has the potential to bring the best out of every student irrespective of their background,” says Alka Mishra, lecturer, Swami Atmanand English school in Korea. Aparna Dubey of Class 6 in Bilaspur praises her teachers who juggle queries, explain and give out assignments. “We are getting education, uniforms and textbooks free of cost.

Learning is interesting with trained tutors and online classes,” she says. The parents have shared feedback about their child’s progress. “The school addresses our worries and solves queries we raise,” says Gokul Prasad from Bhilai.

“I never thought my daughter could ever study in such an outstanding English medium school,” says another parent Ajay Pandey in Mahasamund district. Suman Kote, a headmistress in Bijapur district, said she was determined to provide quality education to children from economically weaker sections.

After salons refuse service to Dalits, brothers step up and offer haircuts at doorsteps in Karnataka

Government committed to ensure adequate availability of vaccines; all need to work together in COVID-19 fight: PM