An anxious search for 21 days, 3,000 posters across the neighbourhood and several social media posts later, this Nanganallur family is reunited with their pet African Grey parrot

CHENNAI: On May 10, it was nothing but a routine Monday morning at Mahendranath and Srividhya’s house in Nanganallur. The couple’s children, Malavika and Pranav, were still fast asleep; Mahendranath made his way to the terrace garden to water the plants while Srividhya opened the door to step out and join her husband in feeding the stray pigeons that descend on their roof every day. “But the most unforeseen event happened.

As soon as I opened the door, I heard Mojo’s wings flap behind me and he flew out!” recalls Srividhya, talking about the family’s favourite member, an African Grey parrot. “When people ask if he is our pet, we tell them he is our son. He’s been an important part of our family for three years now. He came to us when he was just three months old. We also are parents to three budgies Skittles, Jingles and Twinkles. They are Mojo’s siblings. When he flew out of the house, we were shocked. It was like losing a child,” she narrates.

Minutes after Mojo’s unexpected departure, the couple rushed out of the house to the street, searching for the feathery, red and white-on-grey bird, in every tree, examining every branch and building. “After two hours of searching by foot, we couldn’t find him and our hearts sank. He hadn’t even had his breakfast…I usually feed him corn, tomatoes and pomegranate. Kozhandhe enge ponano, was my only thought. I felt guilty for opening the door,” she shares.

But there was no time to wallow. The family jumped into action, divided themselves into teams to cover more territory. “Since this happened amid a lockdown, it was harder to search. We had to inform the police officials and had to search by foot. While searching on the ground, we used to play a particular music/ whistle which Mojo recognised, on a bluetooth speaker, to draw him to us,” she details. 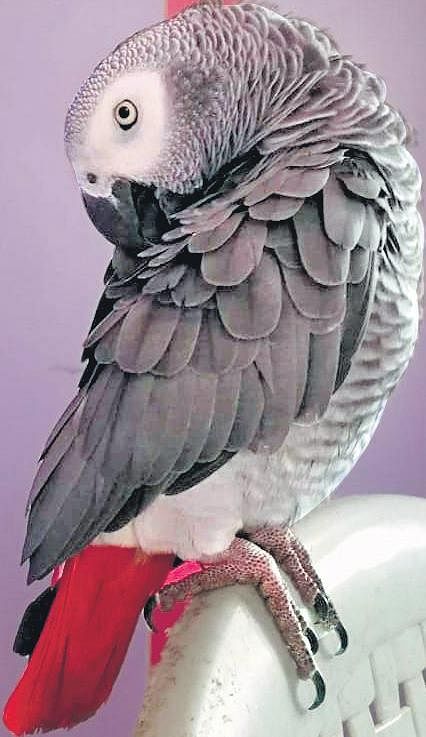 Search on social media
The news of the search for Mojo was amplified on social media. “We posted the news on an exclusive group on Facebook for Nanganallur residents, with details about Mojo, and on his Instagram page, hoping that someone spots him in the neighbourhood and reaches out to us. Our children, despite grieving, were our pillars of strength during this time they handled all the queries and leads that were coming via social media. Every passing day without him was hard.

We missed his voice, the whistles and the phrases he used to mimic. He often mimicked his father and the phrase, Mutha tharattuma (Can I give you kisses) followed by a series of kissing sounds. He picked this up from his interactions with his father, whenever he used to ask Mojo and kiss him. The budgies too sensed his absence and were dull. The nights were harder...Mojo ku iruttuna bayam (Mojo is scared of darkness). I always thought and felt like a mother. I have a tattoo of Mojo in my hand and on some nights, I used to feel as if he was trying to communicate with me. The entire family was sleepless,” she says, recalling the nightmare, which prolonged for 21 days.

Mission Mojo
Soon, flyers too were distributed, ‘missing’ posters with Mojo’s photo were stuck, and a call for help was posted in newspaper classifieds “Posters were printed in hundreds to ensure no street or corner was missed. We started receivin g calls from the residents of the area that they had spotted Mojo. However, every time we went to the location, he would be missing. He would have flown away just a few minutes before our arrival. It was very disheartening,” she recounts.

While the events and the narrative, Srividya agrees is nothing short of a dramatic celluloid feature, she says that living through it was harrowing. “Some days, we would hardly receive any leads and on occasions, there was misleading information that came our way too. But when we almost lost hope, there were kindhearted strangers on social media, who would encourage us to keep the search going. We had people across the globe amplifying our search, sending prayers and offering kind words. This helped us to hold on to hope, pushed us to move forward and was a needed reminder of the kindness and goodness that exists in the world,” she shares.

Over the days, Mojo’s striking red vent and tail was occasionally spotted in multiple locations sometimes on the branch of a Peepal tree, a coconut tree or on the terrace of a house, before he would vanish. “It was heartwarming to see people share our grief and experience and understand our love. They didn’t dismiss it as just ‘a bird gone missing’. They were proactive in giving us updates about his whereabouts. Every time we received a call, we would rush to the location.

Some would say that Mojo was chased by crows and it used to worry us. We knew he wouldn’t come back to a place where there was imminent danger. While we didn’t quote a specific reward for those who helped us find Mojo, we told people we would do anything. All we needed was to be reunited with him. But people looked beyond the prize. Our love for him made them realise the depth of the situation,” she shares. 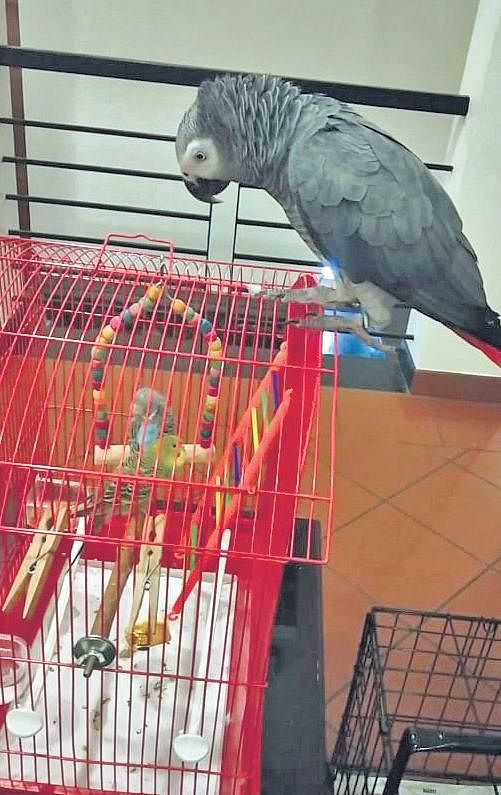 Back home
After 21 days of distributing 3,000-odd flyers, sticking posters all around the locality, climbing high-raised buildings every day, culling information and updates from the Facebook group and searching from sunrise to sunset, the family received a call on May 31.

“I still remember…it was 10 am. Incidentally, it was also World Parrot Day. Someone from the neighbourhood called and informed us that their daughters had spotted Mojo in a house in Zamin Pallavaram, about 5 kilometres away from our home. They spotted him while visiting a tenant to collect rent.

After Mojo landed in the house, perhaps out of exhaustion, the residents, Mariappan, an auto driver and his family of four, had decided to care for him,” she says.

However, when the family reached Mariappan’s house, they were met with disappointment. “He flew away, again. But, we decided to see if we could spot him from their terrace and we did! He was atop the highest branch of a Peepal tree. On one side of the plot were patches of thorny bushes and on another, were paths leading to other suburbs. There was just a miracle that was standing between Mojo coming to us and being lost, maybe forever.

It was the most dramatic few seconds of our life,” she recalls. In the penultimate seconds of this stormy chapter, Mahendranath cried out, ‘Mojo, appa kita va’. “He immediately flew towards us and sat on his shoulder. It all feels surreal,” she narrates. It’s been 15 days since the reunion, and the family is slowly inching towards normalcy. “Mojo, due to exhaustion and maybe the excessive flying, seems to have slightly damaged a wing and is still recovering from the events.

But we are glad he found his way home. Mojo means magic and he has proven it by surviving all the odds. He has also reminded us of the magic that exists in the world in the form of humanity, help rendered by strangers and through people like Mariappan and his family, who took care of him. We will forever be grateful,” she says.

To get a slice of Mojo’s life, visit Instagram page: @mojo_grey

Declaration of stock
In June 2020, the government of India had announced a ‘voluntary disclosure scheme’ urging citizens to declare possession of any ‘exotic live species’. The family’s ownership of Mojo has been declared and is registered under the scheme.

African Grey Parrot
Uncannily good at mimicking human speech, the African Grey is a prized companion in homes around the world. Research has shown that greys can be as smart as a five-year-old human child, capable of developing a limited vocabulary and even forming simple sentences. In 2018, the bird was listed as endangered by the International Union for Conservation of Nature.

Now we are on Telegram too. Follow us for updates
TAGS
chennai African Grey parrot