The musicians -- Swati, Shakumbari, Srividya, and Bikul -- are now getting regular offers, gigs from various states such as Rajasthan, Punjab, UP, and other states.

DEHRADUN: It all started on March 8, 2016, when Swati Singh (36) decided to give up a lucrative marketing job to start an all-women band with three others including a 16-year-old drummer.

Swati Singh, the lead vocalist, and guitarist whose 'life dream' was 'to live perform on state's left her government teacher job in 2007 to pursue her career in music.

"It was on March 12, 2016, that changed our lives as we got a standing ovation for our performance. That moment strengthened our resolve further that this band has an ability to persist," recalls Singh.

Calling 'Classical Fusion's and 'Sufi Fusion' as their specialty, the band composes its own songs and music on social issues such as dowry,  women empowerment, and many others releasing from time to time.

The 14-year-long struggle has started hearing fruit as Singh says nothing gives as much happier than living one's passion for sustainability.

Recalling their struggle, the band members said that they had to perform for free for the initial six months.

"It was like we were nobody. So why would anyone give us any work? Gradually, people started liking our performance and we started getting offers to perform," says Shakumbari Kotnala (44) who shut her boutique to join the band. 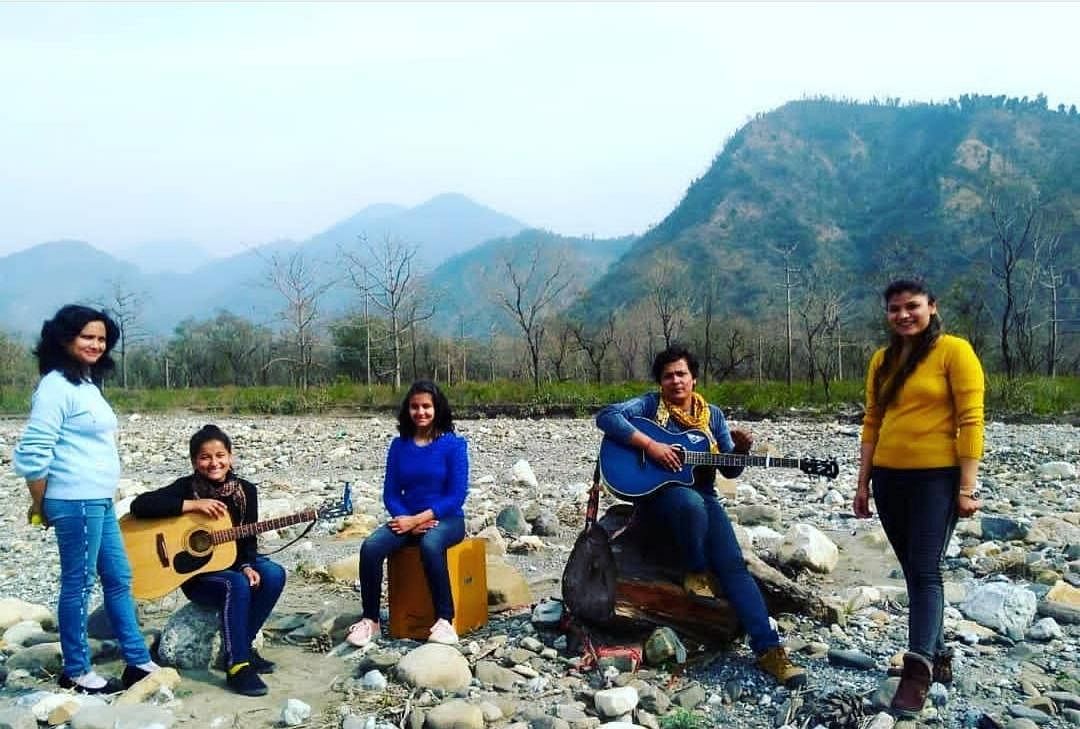 Her 16-year-old daughter Srividya Kotnala, who is the lead drummer of the band, was trained by Swati since she was 8.

"I joined Swati Ma'am's academy to learn vocal and instrumental music. Later, after years when my mother decided to join the band, I requested her to take me in too, says Srividya.

Swati Singh who got selected for Uttar Pradesh government primary teaching in the year 2007 quit her job six months after joining after she realised that she will not do justice to the job.

In 2009, she was promoted as a branch manager of the company she worked for and got transferred to Dehradun which followed the establishment of her own music training academy in 2011.

Rekha Ayra, State Minister of Women and Child Welfare appreciated the group for their work. "These women are the example of hard work and perseverance. Women are capable of anything they decide to do. It is a real delight to see them living their dream."

Now we are on Telegram too. Follow us for updates
TAGS
Womeniya Band all women's band all female band Uttarakhand Swati Singh