Here are few of the discussion that will be held as part of the upcoming Odisha Literature Festival on November 5 and 6 in Bhubaneswar.

The fifth edition of The New Indian Express’ Odisha Literary Festival will be held at Mayfair Convention Centre in Bhubaneswar on November 5 & 6, 2016. Chief Minister Naveen Patnaik, who has been an integral part of the festival from the very start and seen it grow from strength to strength, will deliver the keynote closing address. Union Minister Dharmendra Pradhan will open the festival and deliver the inaugural address. Like in the previous years, Oxford Book Store will set up a special counter at the festival and sell all the participants’ books, in addition to other exciting new releases. Entry is free, and open to all. Register in advance on our website newindianexpress.com, and come spend that weekend with us.

How relevant is our literature? 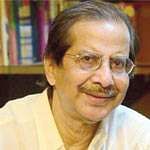 Devdas Chhotray is an Odia author, administrator and academic who writes poetry, short stories, lyrics, musicals and screenplays. He has written the lyrics for over 75 films and television, and his work has been translated into several Indian and foreign languages. He has received the Prajatantra Bisuv Milan and Utkal Samaj Centenary (Gangadhar Meher Samman) Awards and the 2008 Rajdhani Book Fair Award 2008 for poetry. He was the first vice-chancellor of Ravenshaw University. 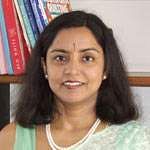 Susmita Bagchi started writing fiction in 1982. Her short stories became popular right away because of her unusual themes and simple storytelling style. Her first book received the State Sahitya Akademi award. Around 1992, she stepped into the world of novels. Now she has to her credit eight collections of short stories, eight novels and a travelogue. Apart from the Sahitya Akademi Award, Susmita has received the Utkal Samman, the Prajatantra Award and the Gangadhar Rath Foundation Award. 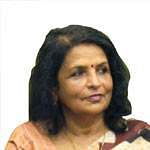 A well-known name in Odia fiction, Yashodhara Mishra has published five collections of short stories, three novels, a collection of poems and several volumes of translated works, apart from articles and poems in journals. She has received several literary awards including the Katha award, Odisha Sahitya Akademi award and Odisha Book Fair award. A Ph.D in American Literature, Yashodhara Mishra has worked as a Professor of English under the government of Madhya Pradesh and attended literary programmes in the UK, the US, France, Germany and Mauritius on invitation

Biographies: Are they literature or PR ?

Biographers are time-travellers who steal into the past to study their subjects and
return to tell their stories in procedural rather than static terms. They highlight
some aspects of their subjects’ lives and ignore others. Some biographers are kind,
even doting; others can be scathing or impersonal. But is there a pre-determined
path? Are biographies fact or fiction? Come hear what our panelists have to say. 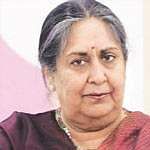 Malvika Singh is the publisher of Seminar, a prestigious monthly magazine of ideas and alternatives founded in 1959. She is a publishing consultant with the Academic Foundation and a Commissioning Editor for Limited Editions, an imprint of AF. She has written numerous books such as Perpetual City: A Short Biography of Delhi, Bhutan: Through the Lens of the King, New Delhi: Making of a Capital, Delhi: India in One City and Snowdon’s India. She also edited Delhi: The First City; Chennai: A City of Change; Hyderabad: A City of Hope; and Mumbai: A City of Dreams, among other books. 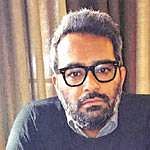 Gautam Chintamani is a born cinephile and the author of Dark Star: The Loneliness of Being Rajesh Khanna, the first full-length biography of the superstar. His new book Qayamat Se Qayamat Tak: The Film That Revived Hindi Cinema explores the impact of the modern classic on popular Hindi cinema. A popular columnist, Chintamani has written for all the major Indian publications. He also written an extensive essay on Majrooh Sultanpuri, the first lyricist to win the Dada Saheb Phalke Award. His TV credits include Siddhanth, a law series that’s the first India show to win an Emmy nomination. 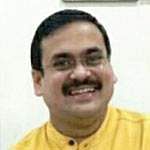 Anirban Ganguly is the director of Dr. Syama Prasad Mookerjee Research Foundation, New Delhi, where he works as a scholar of civilisation, history, politics and culture. He is a member of the Central Advisory Board of Education (CABE), Ministry of Human Resource Development, the National Policy Research Department and Library & Documentation Department of the Bharatiya Janata Party. From 2011 to 2013, he was a research fellow at Vivekananda International Foundation. Ganguly has authored and edited Redefining Governance: Essays on one year of the Narendra Modi Government (2015), Debating Culture (2013), Swami Vivekananda: Buddha & Buddhism. 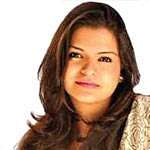 Advaita Kala is a bestselling and internationally-published novelist. Her debut novel Almost Single has sold over a 150,000 copies in India alone and has been translated into multiple languages. It was also selected for the Bantam Discovery Program, a prestigious publishing program run by Random House USA that introduces new voices in fiction to American readers. Kala is an award-winning screenwriter, most notably of the film Kahaani. Unique to her writing is her ability to cross genres: she has scripted for a TV show and a film, written on food and fiction, as well as columns in leading publications on issues ranging from politics to social concerns.

Now we are on Telegram too. Follow us for updates
TAGS
Odisha