Buy one and get one free!’ How well we all know that one way or the other, we end up paying for both.

Buy one and get one free!’ How well we all know that one way or the other, we end up paying for both. There are no free lunches in life. ‘You know how many books are published in India every year?’ asks Trisha Niyogi, a young publisher, whom I bumped into at one of the numberless Lit Fests. ‘No,’ I honestly answer, but admit her googly caught me unawares. ‘Over 48,000 books are printed in India every year.’ A staggering figure. Small surprise that most sink with nary a ripple.

‘Patience,’ I mumble to myself. When I am ready to abandon hope, old Micawber comes knocking. He reassures me with his leitmotif: ‘Something-will-turn up.’ And in my case, it’s Aloke Lal’s The Barabanki Nacros. Instantly I am flung into an operation to bust India’s most notorious drug cartel. Set in 1984—a politically volatile time in India—as a district police chief, Lal takes the reader, ever so gently by the hand, to a small, backward district of Uttar Pradesh, known to the world outside for not much else than its opium production. It’s no secret that opiates attract smugglers and soon after Lal finds himself landing in the middle of a well-entrenched web of crime. The ‘system’ is controlled by a deadly drug mafia with bags bulging full with oodles of tainted money. 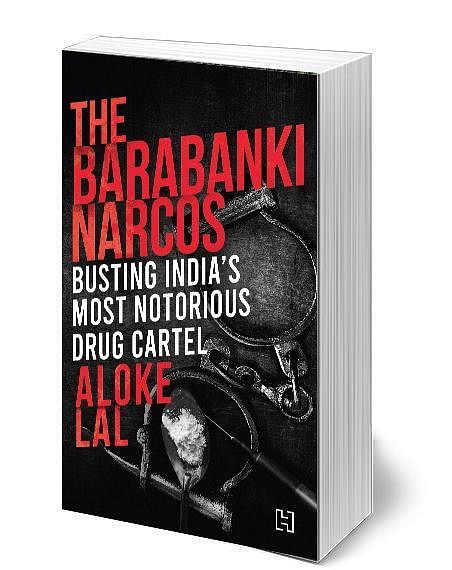 They will not stop. Secure in the knowledge that their clammy fingers can fiddle right up to the highest echelons of power. Determined to break the drug chain, Lal takes a path that brings him face to face with unlikely allies and the deadliest of enemies. The road less-travelled takes him incognito from the red-light areas of Lucknow to midnight interceptions and hair-raising raids that create more than normal tremors in the drug cartel.

Of course, consequences follow when one takes on the powerful and the corrupt. You do not have to be a genius to know that in the corridors of power, games are afoot to ‘fix’ the police chief. But you cannot keep a good man down for long. Later, Lal goes on to become the Chief of Uttarakhand Police. So what’s new? The book reveals, in the minutest detail, the gradual ratcheting up to a drug bust; the innocuous cricket matches that lead on to informers; while Sheriff, his brother’s dog, happens to uncover a stash of explosives meant to snuff out Lal.

I read this gripping book in one sitting, helped along by the deceptive simplicity of its tenor. The narrator stays low profile, not straying or intruding on the story. Maybe it should be a compulsory text at the Sardar Vallabhbhai Patel National Police Academy (as some have suggested). I think the book could well serve as a primer for budding writers with a single dictum: ‘How to stay simple when you tell a tale.’ And I shall not be surprised when this story hits the silver screen.

More from Books
Now we are on Telegram too. Follow us for updates
TAGS
The Barabanki Narcos Book review