Raise a glass of fruit wine!

HYDERABAD:  Do you like eating fruits and also enjoy sipping on a good wine? Well, maybe try a fruit wine. Fruzzanté, a sparkling alcoholic beverage made in Maharashtra, plans to start sale in Hyderabad in April this year. Priyanka Save, founder/director, Hill Zill Wines says they are the world’s first and only producer of cider-style alcoholic beverages made from chikoo (sapodilla) extracts. 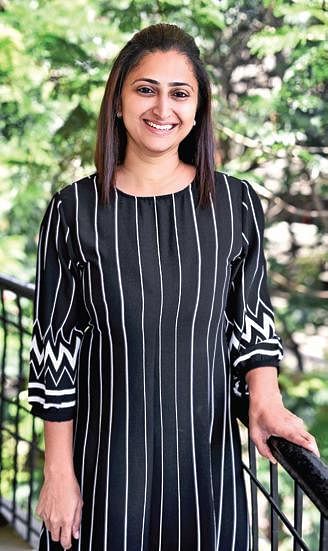 Fruzzanté is the brainchild of Priyanka. She says, “We started working on the concept from 2009-2010 and it took almost six years for the product to take shape and come out in the market,” adding that it was the “most challenging and gruelling experience of our life till date.”

More than 25,000 bottles have been produced since the wine’s launch in 2017. The brewery is part of her family’s Hill Zill Resort in Bordi, Maharashtra and has been instrumentally aided by Dominic Rivard, an award-winning winemaker and cider specialist, from Nova Scotia, Canada.

The deep gold-hued carbonated wine does not require added sugars as the diluted juice is enough to get the amount of alcohol required. The fruits used for making alco-bev are sourced directly from the farmers to raise the bar on quality, informs she.

The ready-to-drink fruit wines made by fermenting juice extracted from fresh fruit is available in chikoo, starfruit, mango, strawberry, pineapple, orange flavours, and Mead (from honey). “We are also the only brand in the country making gluten-free, vegan and without adding any colours or flavours,” adds Priyanka.

How was the idea to make a wine from chikoo born? Priyanka with seven years of experience in building services design with a specialisation in designing green buildings says, “Small vendors avoided chikoo fruit due to its high perishability, extraction, fermentation, storage and packaging. After several trials with by-products, we realised that it’s in the nature of chikoo to ferment and hence decided to go with a cider-style beverage.”How has the customer response been? “We got a mixed response when we first launched the chikoo wine in the market. People were expecting a very strong flavour. The drink was nothing of that sort it has just mild notes of chikoo,” shares Priyanka. She adds, “These wines are a new concept and are an acquired taste.”

Fruzzanté was awarded a silver medal at ‘Drink Outside the Grape’ challenge 2017 in the USA where they were pitted against 145 wines and ciders of the world. To add sparkle to the wine, they help promote native food growers by mentioning them on each bottle of their cider-styled beverages. Proceeds from the sale of the ‘Starfruit Jiwa’ flavour go to the native Warli tribe of Western India.

Difference between Fruzzanté and grape wine

The basic difference in a traditional wine compared to Fruzzanté is that it’s made from fruits other than grapes. The sugar present in these fruits is much lower than that in grapes and hence they generate low alcohol. The major difference in the taste is that Fruzzanté tastes very much like the fruit it’s made from while in a traditional wine there are complexities with respect to aroma and taste which may not be similar to the original fruit.