Drink for the taste

The craft Made in India beverage brand, which has its biggest markets in Delhi-NCR, Mumbai and Bengaluru.

“Over the last few years, the Indian alco-bev space has seen plenty of homegrown brands come up. There has been great success with craft beers, craft spirits like gin and other liquors, but there haven’t been any craft mixers, and that’s the segment we decided to address,” says Aneesh Bhasin, spokesperson of Svami Drinks, which he co-founded with Sahil Jatana and Rahul Mehra. 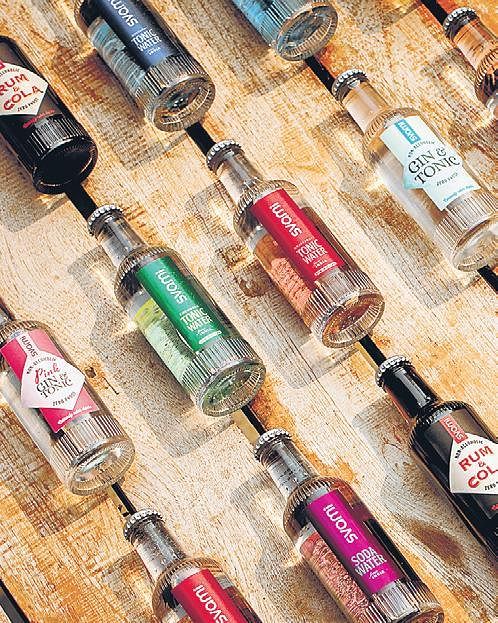 The craft Made in India beverage brand, which has its biggest markets in Delhi-NCR, Mumbai and Bengaluru, but Bhasin says the response from tier-II and tier-III cities shows that there’s a pan-India demand for alcohol alternatives.

​“We’ve seen great response especially from the East as well as Gujarat, and are available at over a 1000 stores across the country.”

“We started with tonic waters in various flavours, then mixers for everything from liquors to coffees and have recently launched a range of non-alcoholic ready to drink beverages, in flavours including Rum and Cola, Gin and Tonic, and Pink Gin and Tonic. And all of these have been done in-house,” says Bhasin, who believes Svami is the first tonic water and aerated beverage company to do everything from their own R&D to production to bottling under the same roof at their own unit, while also having low-sugar variants to their product line.

“We initially began tying up with hotels and restaurants to sell our product. And sort of like what happened with Bira, that people started wanting it in retail as opposed to just being able to get it when drinking out, we saw our retail sales eventually outstrip our restaurant sales,” notes Bhasin.

“We did not want to outsource any part of the process to commercial producers and spent months developing the recipes, which have been formulated using a lot of botanicals and other natural ingredients,” explains Bhasin, concluding, “All three of us founders have some sort of background in the industry, from marketing to brewing and bottling beers to experience to coffee production. Plus we all like to drink.”