For decades, tribal areas have been severely underdeveloped due to the offensive and counter-offensive between government and Maoist forces.

BENGALURU: Researchers from the International Institute of Information Technology, Bangalore and a US tech giant with an office in Bengaluru are working on translation technology that is set to address the communication gap between government officials and Adivasis in the red-corridor areas of the country. For decades, these areas have been severely underdeveloped due to the offensive and counter-offensive between government and Maoist forces. 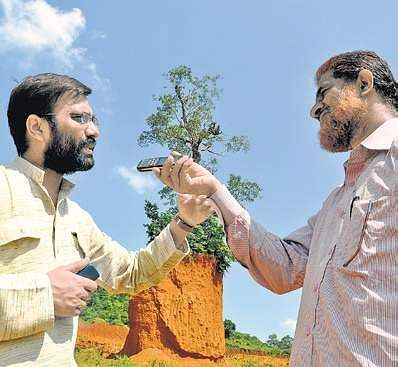 Aiding the work already done by CGNet Swara, a voice-based mobile platform for Adivasis to report grievances – the translation tech – will be part of a countrywide initiative, to help solve everyday problems of water and electricity in these areas called – the Mobile Satyagraha – set to be launched here in October 2, on the occasion of Gandhi’s 150th birthday.

Amit Prakash, associate professor at IIT-B tells City Express, “We are working on something that can translate Gondi to other languages. We are starting to put together a group of students to work on it. We have been working with CGNet for a year now. The tech we are looking at will be more of an exchange platform. Right now CGNet Swara is a grievance handling system,” he says.

He says the exchange platform will take note of the tribal way of exchange and communication and will try and address the gap between the Gondi speaking tribal population and officials who do not know Gondi. “We will probably have something of a working prototype in about six to 12 months.

We would also like to extend it to a platform where tribals can sell their produce. At the moment there is no way of even communication since the tribal population mostly speak only Gondi.”

The US tech giant is working on machine translation and an app called Adivasi Radio that converts Gondi text to speech, they are also making a speech to speech translation application as well, says Shubhranshu Choudhury, founder of CGNet Swara. Comment from the US tech giant was unavailable at the time of going to print.