First Impressions: Google's all-new Pixel 3A and 3A XL - Game-changers?

The arrival of the Pixel 3A and 3A XL could well be Google's midnight-tryst-with-destiny moment. They underline the fact that Google's hardware division is getting serious.

It's official! Seven months after launching the flagships - Pixel 3 and Pixel 3 XL - Google is now foraying into the mid-range market.

The arrival of the Pixel 3A and 3A XL could well be Google's midnight-tryst-with-destiny moment. They underline the fact that Google's hardware division is getting serious.

In markets like India, the premium Pixels were always going to be a difficult sell. Google will be hoping that the two new phones - the costlier Pixel 3A XL priced at Rs 44,999 and the Pixel 3A priced at Rs 39,999 - will see more of their phones make their way to Indian hands.

So, to the big differences besides the price that separates the two phones:

The chip powering the phones is though similar -  the Snapdragon 670.

On paper, they do tantalisingly share most features with the Pixel 3 and 3 XL, with just one major difference. There is only one front camera on 3A and 3A XL as opposed to the two on the costlier premium flagships. The full spec sheet of the snappers: 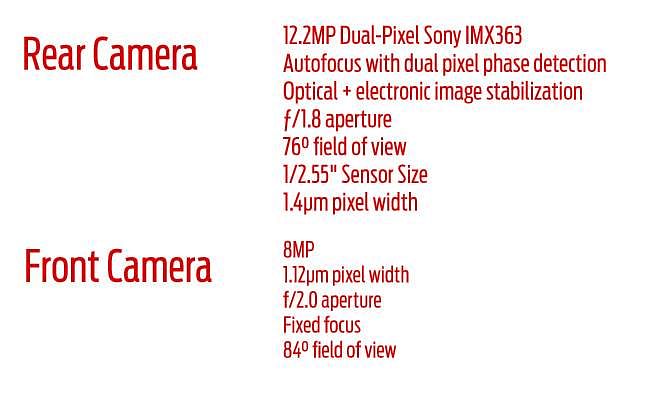 The highly-acclaimed Nightsight is available on the newer phones.

Early impressions of the cameras are favourable, with the images almost on par with that of the more premium Pixel. We have posted a few samples below to help you form your judgments:

The 4 GB/64 GB phones come in two colours: Just Black and Clearly White and run on the latest variant of Android - Pie. Google has promised three years of security and operating system support. Google unlimited storage will also be available, but only for high-quality images (not original quality images as in the flagship Pixels).

The 3.5 mm headphone jack absent in the Pixel 3 and Pixel 3 XL makes a return on the newer phones. The 3A and 3A XL have one front-firing speaker and one bottom firing speaker.

Interestingly, the phones are being launched just a few days before the launch of mid-range leader OnePlus' newest phones - OnePlus 7 and OnePlus 7 Pro - which will hit the market on May 14.

Watch | Unboxing the Google Pixel 3a and First Look​