This fuse will self-destruct

Or they can be stressful if you’re trying to juggle too many rules and little fiddly bits while keeping to game going.

NEW DELHI: Real-time games can be some of the most fun you’ll find in boardgaming. Loud, frantic and often just pure chaos, they can be a blast.

Or they can be stressful if you’re trying to juggle too many rules and little fiddly bits while keeping to game going.

Today, let’s take a look at a real-time game that manages to distil the pure essence of the genre without any of the complexities (But yes, it’s still stressful.) Fuse is a real-time cooperative game in which you and your friends are bomb defusal experts onboard a spaceship.

Not just any spaceship, though, but one that’s been boarded by the enemy who’ve planted a bunch of bombs throughout the ship and teleported out. You’ve got ten minutes to defuse all the bombs or else boom.

The first thing you’ll notice about Fuse is its compactness. Apart from the rulebook, it’s a bag full of dice and a deck of cards. Setup hardly takes any time, you just customize the deck according to the difficulty level you want and deal each player a couple of bomb cards and you’re good to go. This direct approach carries over to the gameplay as well. You defuse a bomb card by satisfying its requirement for a particular configuration of dice, at which point you get a new one; rinse and repeat till the deck is done and you’ve won! However, those bombs can be quite tricky. 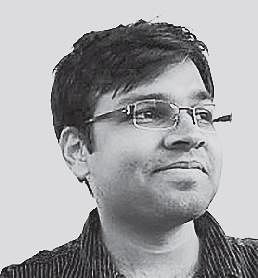 Some might want you to place two pairs of dice, which isn’t so bad. Another might want a very specific combination of dice that just never comes out. And don’t get me started on ones that want you to build a tower of dice but will only accept specific colours or numbers at each level. What makes matters worse is that you’ll be getting in each other’s way.

You grab dice equal to the number of players from the bag every round and you roll them. Each player must take one of those dice and place it on one of their cards, if at all possible. So you might have to give up the dice that’s perfect for you because it’s the only one a teammate might be able to take. Because if nobody can take a die, then it has the potential to undo some of the progress you’ve made on defusing your bombs.

All in all, Fuse is a stripped-down and streamlined rocket of a game that will keep you on your toes from minute one to ten.

(Oh by the way, get the free app for this game – it handles the countdown for you and – if you turn the ‘personality’ option on – you’ll get an alternately worried and snarky ship’s AI berating you for your ineptitude). It’s a masterpiece of tension, forcing you to juggle options every single round while trying to determine the least bad one – and if that isn’t the best way to simulate the stress of defusing a bomb in the confines of a friendly tabletop game, I don’t know what is.

Arjun Sukumaran  (Arjun is a gamer, book lover and an all-round renaissance man)

Stay up to date on all the latest Tech news with The New Indian Express App. Download now
(Get the news that matters from New Indian Express on WhatsApp. Click this link and hit 'Click to Subscribe'. Follow the instructions after that.)
TAGS
gaming