And at times of national import, like the pandemic and the Bihar state elections, the user-generated podcast platform takes on a special significance.

"During  the pandemic, like most other apps, we saw a sharp increase in usage, with all our verticals increasing by factors of two and three,” says 'Khabri' CEO Pulkit Sharma of his app, adding, “Whether it’s in big metros like Delhi or its satellite cities or small towns out in UP and Bihar, people want content relevant to them – from entertainment and information to national political news – in a language familiar to them. As we facilitate both speakers and listeners of the vernacular, naturally current events, like the Bihar elections, especially important to the region we are most present in, as people have a lot to say. And we have in place an entire architecture of people, softwares, and machine learning to flag any misinformation or objectionable speech.”

Unlike many other apps, more consumerist in nature, Khabri, launched by co-founders Sharma, Sandeep Singh and Aankit Roy in October 2017, is more crowd-sourced and meant for mass consumption. And at times of national import, like the pandemic and the Bihar state elections, the user-generated podcast platform takes on a special significance.

The digital audio platform provides content in Hindi (with limited content in Bhojpuri and Bengali), ranging from news to current events, info-and-entertainment, with the bytes provided by users on the ground for listeners without access to the same in their own vernacular. In figures exclusive to The Morning Standard, Khabri has seen 350 per cent growth in the past three months, with its MAU (Monthly Active Users) growing by 7 lakh in the pandemic, with over 1 million downloads. 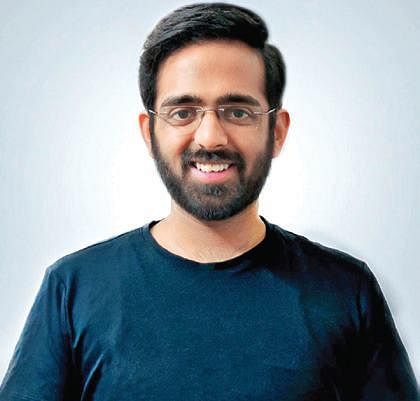 “We have seen an increase in the number of content creators as well, be it for local current events to infotainment and storytelling. Like, we saw a huge spike during the days of the lockdown, with people wanting updates on case numbers and what measures to take. Similarly, because Khabri at the moment is available mostly in Hindi, we are seeing and expecting a further spike in news about the upcoming elections in Bihar,” says Sharma, adding that his team is revving up for the same.

Due to its growing popularity as an audio platform in vernacular, while Khabri is a valuable tool for information, like many others it can be weaponised by rogue elements. “Every video that is uploaded on YouTube isn’t of the best quality or done so with the best intentions. Every media platform has this issue, as do we, and we have come up with a three-layered system to promote quality content while also moderating it and removing any misinformation or harmful speech,” explains Sharma.

Firstly, creators have to be active and actually upload content of basic quality, which is listened to by at least some people, an algorithm similar to the ones used by YouTube and other media sharing services. “We have different levels, so if you are a gold-rated creator, your channel will be featured in our displays and home screens whereas new creators will have to level up to become discoverable in the first place,” assures Sharma.

Secondly, as an audio-service, it becomes much easier, on a tech-level, for Sharma’s team to identify red-flags in content as everything is converted from speech-to-text on their systems as its being processed and uploaded, and they keep updating their Machine Learning to tag harmful words and phrases for review and, if needed, deletion.

“And finally, it’s the community itself. We have users who identify any content that has slipped through the cracks or any creator that has started espousing hate or misinformation. So it’s a blend of these things and we have to ensure that all three work in perfect orchestration to restrict and remove any kind of objectionable content,” elaborates Sharma.

Given the enormous market just in the Hindi-language market for such a platform, Khabri is especially popular across UP, Bihar, and of course Delhi-NCR belt. As Sharma concludes, “We may have to keep to corporate jargon at work and may enjoy conversing in English with friends and colleagues, but at the end of the day, we will stick to our native language when talking about and listening to the matters closest to our hearts.”

In a nutshell
​
Khabri offers news to current events, info-and-entertainment, with the bytes provided by users on the ground for listeners without access to the same in their own vernacular. In figures exclusive to The Morning Standard, Khabri has seen 350 per cent growth in the past three months, with its MAU (Monthly Active Users) growing by 7 lakh in the pandemic, with over 1 million downloads.

Now we are on Telegram too. Follow us for updates
TAGS
Khabri Pulkit Sharma