I am once again asking you…to uninstall that online multiplayer

I am ashamed to admit that I used to play the mobile version everyday (1.5 years clean now), till I realised that you can’t get good at this beyond a point.

CHENNAI: PlayerUnknown’s Battle Grounds (known infamously as pub-ji) was a game that was originally on the PC and other platforms, a whole two years before it was brought to the smaller mobile screen. The mobile version was obviously a highly simplified version of the original.

I am ashamed to admit that I used to play the mobile version everyday (1.5 years clean now), till I realised that you can’t get good at this beyond a point. It turns into an obsession where you know you could get an EZ chicken dinner if you played it like, four times a day. The arena did not reward the more talented players — although people believe it did. 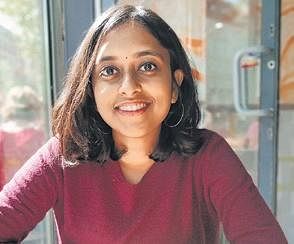 If you nodded at everything I just stated, then we can all agree with this: It is going to take some time before we develop a similar, if not better replacement to PUBG Mobile. It is best to take a break from this game — and that doesn’t mean you should download CoD: Mobile to replace it. And herein is my terrible segue, where I convert every videogame universe issue to further my personal agenda: go Indie. If PUBG is a gateway game to gaming in general, the collective free time of these new gamers can be directed to something that’s less aggressively dopamine- seeking.

Perhaps to the website — itch.io, a.k.a the gift that keeps on giving. This week, I played two completely different games, but each had a premise almost as ridiculous as the other. The first one is called ‘Hidden Folks’ (available on PC and mobile). It is a hidden object game, but in monochrome. It doesn’t have the wait to renew energy like Criminal Case, which is a huge positive. The monochrome graphics also make it harder to find the objects, which means it’s more satisfying when you complete it.

The characters and maps in the game are zany, and even the sounds are quite avant-garde. The second game is available on the PC. ‘The Floor is Jelly’ is like a child friendly version of the more popular platformer called SuperMeat Boy. The name is quite literal, and the game itself is a dream brought to life — you are a tiny ball, navigating through floors which are jelly to move across levels.

The in-game physics and the aesthetic colours renders a sensation like a cold, comforting liquid spreading itself through your brain. It’s relaxing after a long and exhausting day. Will willingly surrender my Royale Points for more games like this every week.