Minister of State (Home) Kiren Rijiju today in the Rajya Sabha said that Rohingya refugees are illegal and they won't be allowed to thrive in India.

The sixth day of the Monsoon Session of the Indian Parliament is all set to begin today after both the houses got adjourned yesterday over rucks on Alwar lynching and demand of special category status for Andhra Pradesh.

The lower house of the Parliament passed the Prevention of Corruption (Amendment) Bill 2018. The former Prime Minister Manmohan Singh, during the last Parliament session, slammed the ruling Bharatiya Janata Party on the Andhra Pradesh row and said,"the BJP must keep its promise to Andhra Pradesh government".

Meanwhile, the Telugu Desam Party (TDP) has moved to file privilege motion against the Prime Minister Narendra Modi and Finance Minister Piyush Goyal for "misleading the House" about the 14th finance commision.

Lok Sabha reconvenes with discussion on flood and drought situation in various parts of country.

The law will allow authorities to attach personal property of the fugitives with the case against them.

PM is out on a 5-day tour when the Parliament session is on. The meeting could have been avoided. It was not an inevitable meeting. But, since he has the absolute majority, he chooses to go on foreign tours and skips Parliament sessions: Mallikarjun Kharge, Congress (ANI)

Rohingyas won't be allowed to thrive in India : Kiren Rijiju

The govt has a clear stand on Rohingya issue. They are illegal and won't be allowed to thrive in India: Kiren Rijiju, MoS Home pic.twitter.com/4uq3LsHTjz

DMK working president MK Stalin demands resignation of Defence Minister Nirmala Sitharaman for providing air ambulance to the brother of Dy CM OPS; he also says OPS should also step down in this regard @NewIndianXpress

Rajya Sabha to reconvene at 2 pm.

We have asked Myanmar government to take back Rohingya refugees: Kiren Rijiju

Central government has issued an advisory to identify the Rohingyas and take their biometric. After that we will ensure that they do not poses any papers to claim Indian citizenship. Once the process is over, we will ask the government of Myanmar to take back the Rohingya refugees: Home Minister Rajnath Singh

The NEET data of 2 lakh students have been leaked which questions the ability of CBSC to keep the sanctity of examination process. Buyers were ready to pay upto Rs 2 lakhs for the personal data of students: KC Venugopa

Jaya Bachchan thanks media for bringing forward sensitive issues on rapes and lynchings. She added, "I'd like to see male members in the house to speak about the ongoing atrocities against women".

1, 2,180,98 youths have been employed under the Business process outsourcing (BPO)scheme: IT Minister Ravi Shankar Prasad

Nirmala Sitharaman arrives at the Parliament 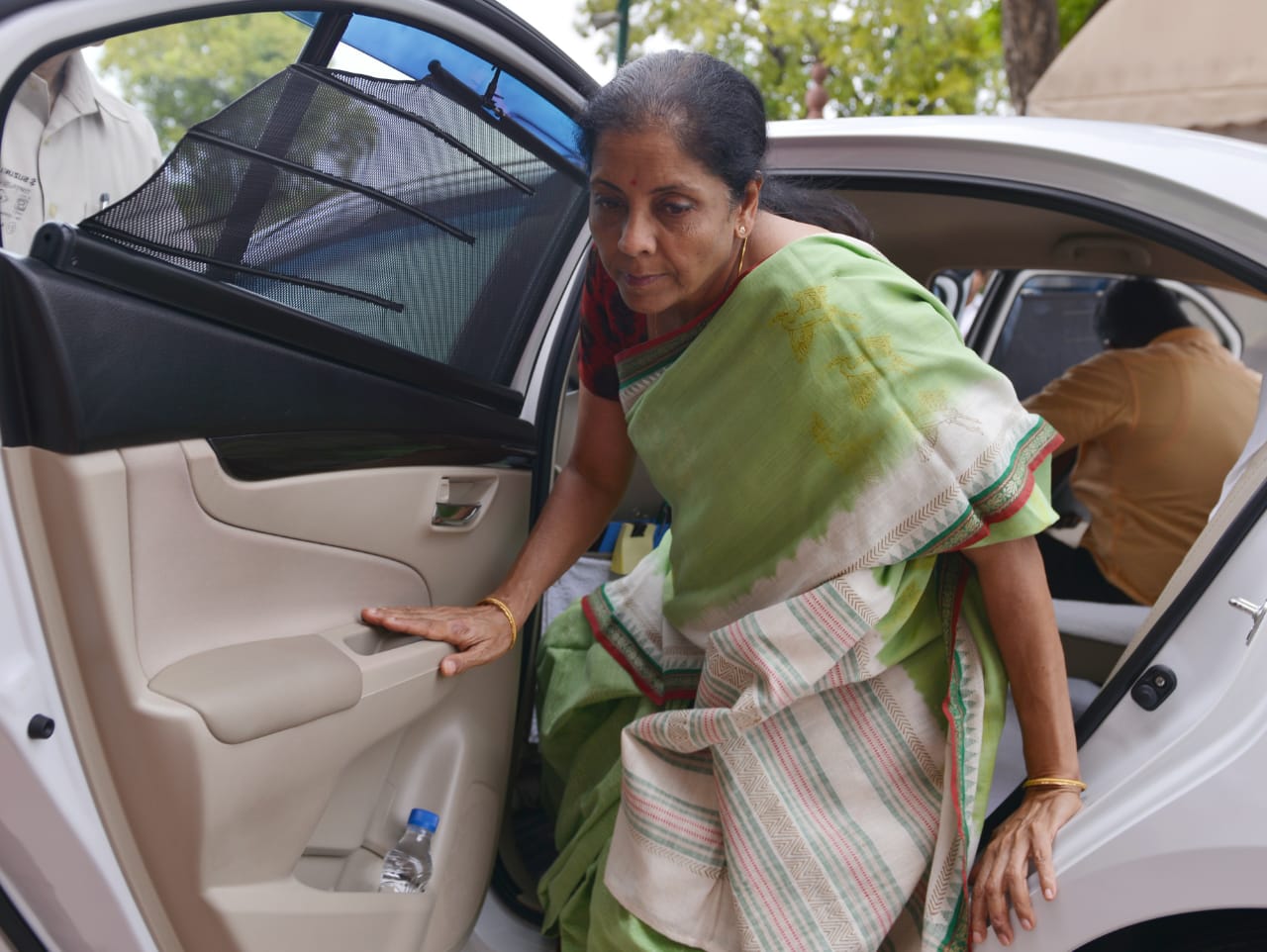 Claims of fulfilling 90% of promises made in AP Reorganisation Act 'is misleading': Chandrababu Naidu