Ending eight years of Republican control that began with the tea party revolt of 2010, Democrats picked off more than two dozen GOP-held districts in suburbs across the nation.

The Democrats took back the House with a surge of fresh new candidates and an outpouring of voter enthusiasm Tuesday, breaking the GOP's monopoly on power in Washington and setting the stage for a multitude of investigations of President Donald Trump that could engulf his administration over the next two years.

Votes are being counted after millions cast their ballots to elect members to both houses of Congress—the House of Representatives (lower house) which has 435 seats and the Senate (upper house) with 100 seats.

Trump's Republican party currently has a majority in the Senate and House of Representatives, and the outcome will determine the next two years of US President Donald Trump’s presidency.

The midterm elections, held every four years, is seen as a referendum on the President.

HERE ARE THE HIGHLIGHTS:

Any attempt to impeach President Trump, however, is likely to run headlong into resistance in the GOP-controlled Senate.

As the majority party, the Democrats will chair important committees and will have expansive powers to investigate the president, his business dealings and the inner workings of his administration, including whether anyone from the Trump campaign colluded with the Russians to influence the 2016 presidential election. 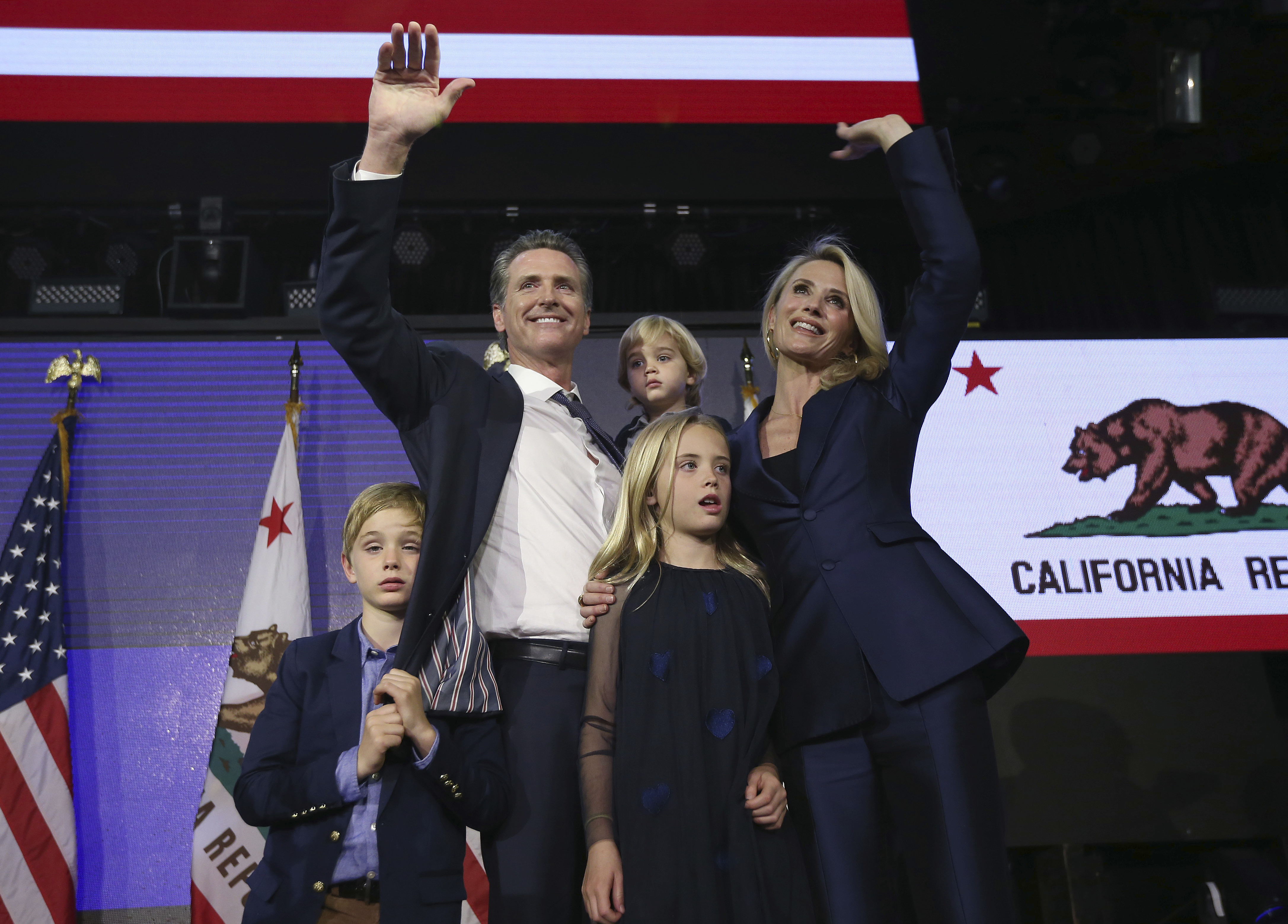 Steve Sisolak repeatedly campaigned on a pledge to stand up to President Donald Trump, who supported his Republican opponent Adam Laxalt.

The Congressman, who recently faced widespread condemnation for his statement that the Jews could have avoided perishing in the Holocaust if they had armed themselves, defeating education advocate Alyse Galvin.

Democrats will control the House, but Trump will point to GOP success in the Senate as proof that he defied the odds and avoided the type of midterm wipe-out that afflicted his predecessor, former President Barack Obama.

A series of firsts this midterm polls

Here is a full list of the Native Americans, Muslims, LGBT and women candidates who have made history.

There are nine other Indian-Americans, six Democrats, two Republicans and one Independent, who are seeking election to the House.

4 Indian-Americans, all Democrats, seek re-election to the House

Democrat Stacey Abrams says votes remain to be counted in the tight Georgia governor’s race and vows to wait for them all.

“There’s only been 5 times in the last 105 years that an incumbent President has won seats in the Senate in the off year election. Mr. Trump has magic about him. This guy has magic coming out of his ears. He is an astonishing vote getter & campaigner. The Republicans are.........

....unbelievably lucky to have him and I’m just awed at how well they’ve done. It’s all the Trump magic - Trump is the magic man. Incredible, he’s got the entire media against him, attacking him every day, and he pulls out these enormous wins.” Ben Stein, “The Capitalist Code”

Health care and immigration were high on voters’ minds as they cast ballots in the midterm elections, as per a wide-ranging survey by the AP.

President Donald Trump has called to congratulate Democratic House Leader Nancy Pelosi as her party stood on the brink of recapturing the House of Representatives.

New York is making history tonight with the election of @TishJames as their top law enforcement officer, making her the first African American woman elected to statewide office in NY! pic.twitter.com/2FgaivNHpu

Texas just made history by electing @SenatorSylvia and @vgescobar to Congress — the first Latinas to represent Texas in the House! pic.twitter.com/1XFcOlnQb4

Maine has elected state Attorney General Janet Mills as governor, which makes her the first woman to hold the state’s highest office.

Democrats have won half the seats they need to reclaim the House majority, while Republicans are still picking up key Senate contests.

Democrats have picked up at least 23 House seats, putting them on track to reach the 218 needed to seize control from Republicans after eight years.

Women will break the current record of 84 serving at the same time in the U.S. House, the AP reports. Women have so far won 75 seats and are assured of victory in nine districts where women are the only major-party candidates. From the Women's March opposing President Donald Trump the day after he was inaugurated in January 2017 through a stream of sexual assault accusations later that year that sparked the #MeToo movement, outrage and organizing by women have defined Democratic Party politics this election cycle.

End of race in Florida

According to White House reporters, it's unlikely that Trump will be making a public appearance tonight.

With the Republicans set to retain hold of the Senate, President Trump tweets, "Tremendous success tonight. Thank you to all!"

Tremendous success tonight. Thank you to all!

Democrat candidate Sharice Davids, 38, of Kansas, is an attorney by training and a former mixed martial arts fighter. She is also openly lesbian, in a state that is traditionally conservative. Deb Haaland, 57, of New Mexico, beat Janice Arnold-Jones, a Republican, and Lloyd Princeton, a Libertarian. READ FULL STORY HERE

Ilhan Omar, originally from Somalia, has won from Minnesota's 5th congressional district. The first Somali American woman voted to Congress poses for a picture after her victory. (AP)

EXPLAINED: Key factors of the 2018 elections

Immigration, health care, jobs, women and also Trump are the most important issues being discussed: READ THE FULL REPORT HERE

Democrats on Tuesday captured the House of Representatives for the first time in eight years to exert a major institutional check on President Donald Trump but Trump's Republicans maintained their Senate majority in crucial midterms.

In a first, two Muslim women have been elected to Congress. 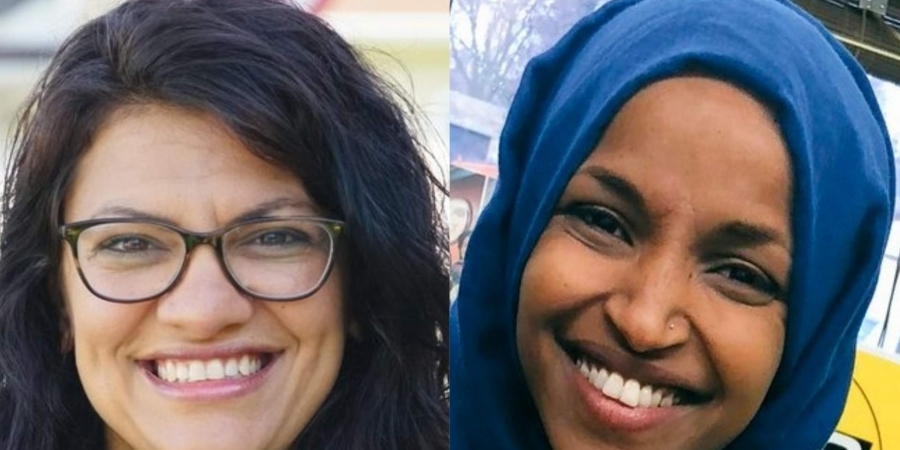 Democrat Laura Kelly has defeated Kansas Secretary of State Kris Kobach and independent Greg Orman and has been elected Governor of Kansas.

Greg Pence, the brother of Vice-President Mike Pence, has won in Indiana. Greg defeated Democrat Jeannine Lee Lake to win the seat for the Republicans.

Vermont's Bernie Sanders has cruised to re-election for his third term in the Senate, easily outpacing eight candidates. Sanders, an independent, defeated Lawrence Zupan, a Republican and real estate broker from Manchester.

The Democrats have history on their side: 2002 was the only midterm election in the past three decades when the party holding the White House gained Senate seats.

Democrats and some independents have been motivated by President Trump's anti-immigration rhetoric and policies and his efforts to dismantle health care protections enacted under President Barack Obama.

Not the first split Congress

In the 2010 midterms, during the regime of President Barack Obama, Republicans gained control of the Senate and obstructed legislation moved by Democrats.

EXPLAINED: WHY ARE THE MIDTERM POLLS IMPORTANT?

House of Representatives: The ruling Republicans hold 240 seats and the Democrats 195. Democrats need to gain 23 more seats to get majority.

Now we are on Telegram too. Follow us for updates
TAGS
US midterm elections US midterm polls donald trump Republicans Democrats House of Representatives US Senate Senate elections