Indian Mona Lisa in the making

Artist Viveek Sharma plans to paint an Indian version of the legendary portrait, using his muse Vidya Balan as the model

Artist Viveek Sharma was watching Tumhari Sulu in a multiplex in Mumbai. And he could not take his eyes off Vidya Balan who received the Filmfare Best Actor Award for lead role in the movie. “She had so amazingly got into the character of a housewife with a dream,” says Viveek. He had a brainwave and he decided to make an Indian version of the Mona Lisa, using Vidya as the model and do a canvas. 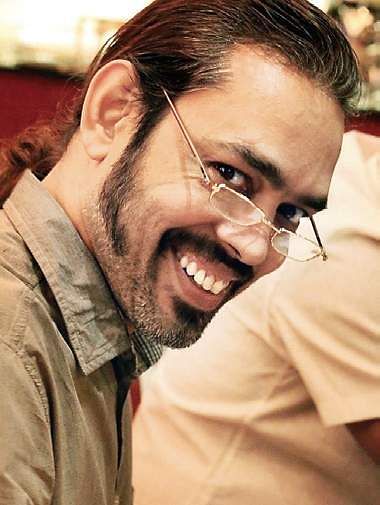 “I will take the photos  of the Mona Lisa and then start working on mine,” says Viveek, whose
photo-realism exhibition ‘Silence Please’ concluded at the Gallery Beyond in Mumbai recently.
Interestingly, this is not the first time Vidya has inspired him. A few years ago, he had gone to the Metropolitan Museum of Modern Art in New York, where he came across the works of legendary pop artist Andy Warhol. “There were numerous screen prints of Marilyn Monroe’s face, and they were superb,” says the 49-year-old, who started as a portrait artist. Viveek returned to India and decided to do something similar, and Silk Smitha played by Vidya Balan in The Dirty Picture became his inspiration.

And he made an acrylic on canvas showing Vidya biting her lower lip, and wearing a blouse and a saree—an image from the movie. Viveek ended up doing nine paintings in different colours, and the exhibition was inaugurated by the actress. When he saw Vidya in the flesh for the first time, he was smitten. “Her appearance was so impressive,” says the artist.

As a child, Viveek always had interest in drawing. “When I was in eighth standard, I joined art classes with Mr Rajaram. But after graduating from Sir JJ School of Art in Mumbai, I worked with architects for a few years, who left a great influence on me,” says Viveek, who did his first Solo titled ‘Urban Legacies’ in 1997. Viveek says, “Like MF Husain’s muse was Madhuri Dixit, Vidya is my muse, and my Indian Mona Lisa.”