We All Need to be Watchdogs

As an adult, we all are responsible for creating a safer framework where harassment can be called out. Breaking the silence, in the case of harassment, is the real challenge but can be achieved if the

As an adult, we all are responsible for creating a safer framework where harassment can be called out. Breaking the silence, in the case of harassment, is the real challenge but can be achieved if there is a pre-emptive conversation on help required if needed.Harassment can go beyond rape and violence. Even if someone is uncomfortable about a light pat on the back, she should be confident enough to bring it up. This, unfortunately, is a far-fetched dream. We don’t call out harassment in fear of the perpetrator and his powers or simply in the fear of not wanting to disturb the status quo.

As a society we are closed about matters of sex and sexuality. Bringing it out of the closet can achieve a lot. For instance, a lot can be accomplished if there is conversation on good/bad touch, consent, respecting women at an early age for children at home. If a boy sees his mother being an equal partner and if there is enough conversation on sex, he is bound to have a healthier outlook. Encouraging debates on the right behaviour can start a conversation on consent early. 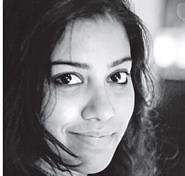 Consent should be sought and gained at every step.
In our country, women are conditioned to bottle up their feelings. If at every step, she is made to believe that she won’t find someone to validate her or is fearful of upsetting the order, the battle is lost there. If the perpetrator does not view his act as a transgression, how would you bring him/her to heels?
The other day, I chanced on an old film—Chandni. As a child I remember how big a blockbuster the film was. Revisiting the film as an adult shattered me. I could not believe that the torrid romance between Rishi Kapoor and Sridevi in the film was initiated after he stalked her, harassed her, physically twisted her arm—everything that is harassment.

It is 2018 now and nothing has changed. Karni Sena is protesting over Deepika Padukone’s waistline showing, while infants being raped have sadly become common news. How do we initiate conversation on what is harassment and what is not when even in 2018 women don’t have agency over their own bodies?
Patriarchy plays a role too. We as a society still see the man as the doer and by extension the power centre. It is really important to break the glass ceiling.

Women and men both need to know that there is power in collective action. That in case of an untoward incident, while silence may seem an easier option, it will never be a solution. By calling out the perpetrator, you are also preventing this from happening to others.It is a minor feat that one of the biggest industries of the world is finally overthrowing the monsters within. If this can happen in Hollywood, why not in our neighbourhood?

We all are a part of this system and we all have a collective responsibility to create a safe space. As a filmmaker, I would want to be responsible about depiction of harassment and consent. We all need to be watchdogs and get better at calling a spade a spade.

(The writer is an independent filmmaker and co-founder of Sahiyo, which works against female genital cutting)