The seventh son of Devaki, Lord Balarama is the creator and also the protector of the material and spiritual worlds

Sometimes people ask who is Lord Balarama? And the answer they get is that he is the brother of Lord Krishna. However, there are many more things about him besides this.The Srimad Bhagavatam describes that Lord Krishna is the primeval Lord, the original Personality of Godhead, so He can expand Himself into unlimited forms with all potencies. They are no different from Him, but they exhibit differences in form. He (Krishna) first expands Himself into Baladeva, or Balarama, who is considered Lord Krishna’s second body and brother. 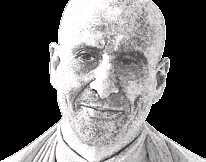 Five thousand years ago when He (Krishna) descended into the material world, He was first preceded by Baladeva. When Baladeva appeared as the seventh child in the womb of Devaki, she could understand that this was a divine child. Even King Kansa became fearful. Lord Krishna instructed Yogamaya, His internal potency, to transfer the unborn child from the womb of Devaki to that of Rohiee, one of the other wives of Vasudeva, who was hiding from Kansa in the house of Nanda Maharaja in Gokula.

In this way Balarama was born in Gokula. Garga Muni, the venerable kula-guru (family priest) of the Yadu dynasty, revealed to Rohiee that the child she was carrying was indeed the son of her husband Vasudeva. At the time of the name-giving ceremony he named the child Rama, one who gives all pleasures. Referring to the immense strength of the child, Garga Muni predicted that he would also be known as Balarama (bala meaning “strength”). Since he was forcibly put into the womb of Rohiee, he was also known as Saikarnaea.

As the elder brother of Krishna, Balarama was the object of his love and respect. Once when walking in the forest of Vrindavan, Krishna observed the trees bending down as if paying obeisances. He said that the trees, which were impersonalists in previous life times, were now praying for His devotion after witnessing the personal form of Balarama. When Balarama would get tired by playing, he would lie down on the lap of one of the cowherd boys and Krishna would massage his feet and fan him.

Balarama and the Mahabharata

In general, Balarama was equally affectionate to both the Pandavas and the Kauravas. He accepted both Duryodhana and Bheema as his disciples in the art of mace war. As a teacher he appreciated the superior technique of Duryodhana as opposed to the raw strength of Bheema. At the time of the Mahabharata, he refused to take sides and instead went on an extended pilgrimage to the holy places. In the battle between Bheema and Duryodhana, he became angry at Bheema for killing Duryodhana by trickery, but was appeased by Lord Krishna.

Lord Balarama exemplifies the service attitude. His only mission is to please Krishna by rendering service to Him, whether it is in the creation of the material worlds, maintaining the spiritual world or as His personal paraphernalia. Lord Balarama is the eternal companion of Lord Krishna. He came as Lakshmana with Rama and later as Nityananda Prabhu with Chaitanya Mahaprabhu. He is the original spiritual master, and it is believed that anyone desiring to make spiritual progress must first get the mercy of Lord Balarama.

The writer is the spiritual head of Dhyan Foundation.
www.dhyanfoundation.com