Table Radica: A unique recreation of Habib Tanvir's radical life on stage and beyond

Theatrician Amitesh Grover's latest immersive experience is a gourmand's stroll through the history of Indian stage.

The stage is not merely the meeting place of all the arts, but is also the return of art to life—said Oscar Wilde and this is proven in the production- Table Radica. Held earlier in May, the immersive theatrical experience brought to life Indian playwright Habib Tanvir's (1923-2009) journey in a unique way, employing all the five senses of the audience.

Created by Amitesh Grover and Virkein Dhar of Poppy Seed Lab, along with dramaturg Sarah Mariam and food delivery service Bela Gulab Juhi Champa Chameli - Table Radica is described by Grover as, “A food table, an archival table, a listener’s table. Audiences are invited to gather around a single table, and become visitors, friends, tasters, and witnesses to a radical life led on stage and beyond. It intersects across being a historical archive, an edible mashup, performance and critique."

The 90-minute performance was an intimate setting and accommodated 28 audience members who faced each other at a long wooden table in Oddbird Theatre, Delhi.

At the head of the table stood Grover reading text punctuated with pauses and music that invoked the spectacular of journey of Tanvir’s life. Multiple moments that influenced the playwright's life came alive through a dish, a tasting portion of which was served to the audience. 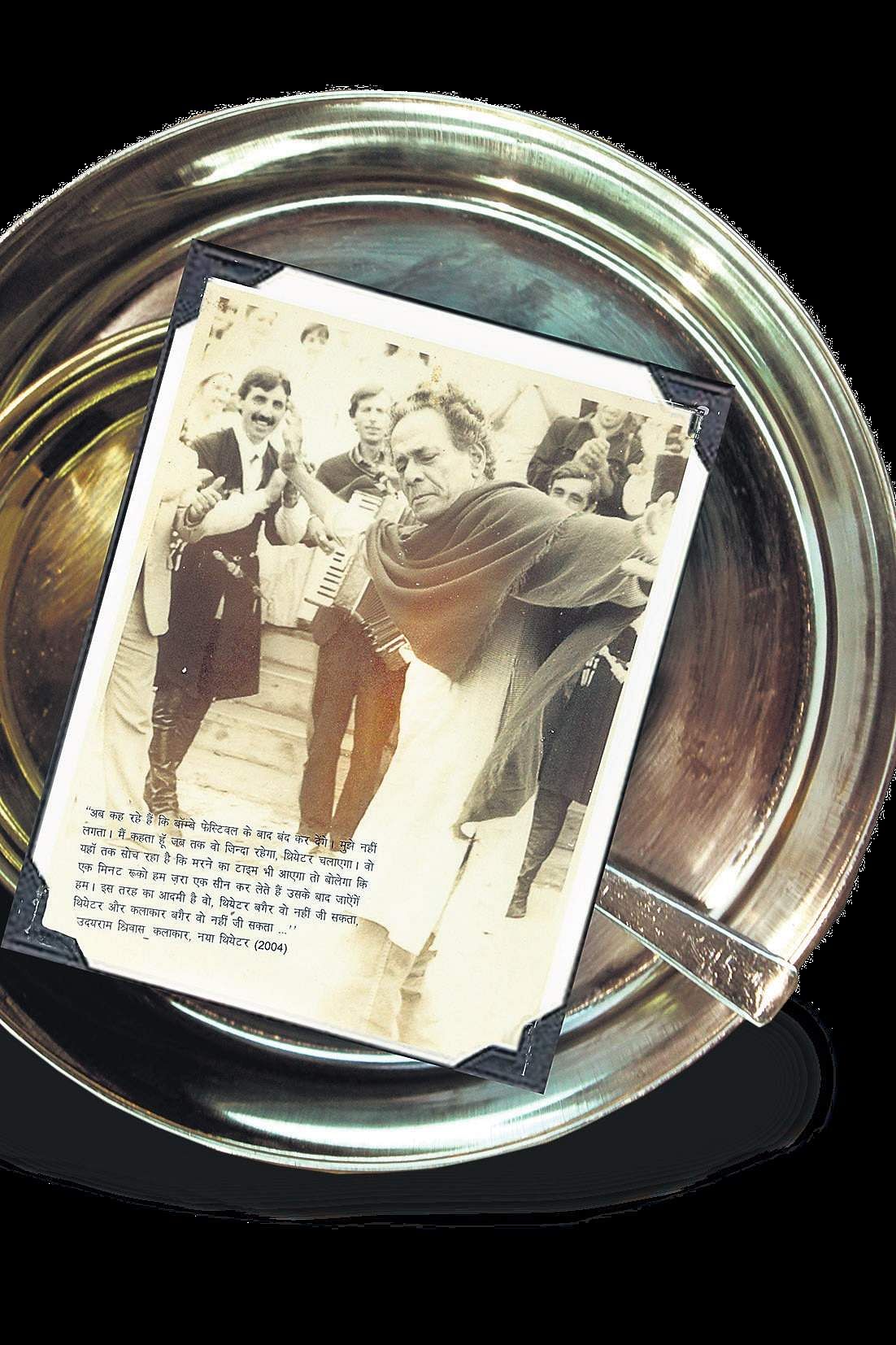 The narrative anchored itself from the beginnings of an ordinary middle-class Muslim household and the extraordinary influence it had on Tanvir’s life as a boy. The story revealed his life as a palimpsest does; Habib as an aspiring actor, a struggling theatre director, an accidental husband, and a father estranged to one, never real to another.

The text, taken from public and rare archives including biographies, plays and articles pivoted around his encounters with love, questions about theatre, his relationship with the homeland, and the turmoils of making choices that eventually lead Tanvir to be remembered as a radical life.

“I have spent a decade as an artist creating a diverse set of performance-based works, but I often go back to the nebulous moment of inspiration and courage, to continue making art in troubled times today. Reinterpreting and sharing the lives of revolutionary artists whom the audience no longer remembers, is an effort to understand the times we live in today. Virkein and I decided to create this series titled Table Radica to understand how a radical cultivates taste - taste as poetry, taste as aesthetics, taste as politics, and taste as performative act. The first episode talks about the life of Tanvir. Writer Sarah Mariam brought a deep sensitivity to interpret and produce an original dramatic text based on the loves, foibles, struggles, and memorable successes of Habib, and Kaushik created a taster’s menu that is more intrigue than food. The next episode will feature another important figure from the history of Indian theatre,” says Grover.

As the text was read, food and found documents were shared on the table, and precious archival music from Tanvir’s plays (such as Charandas Chor and Mitti Ki Gaadi) was heard in the background. Rare photos from Tanvir’s life (his brother, daughter and letters) were also shared with the audience, who passed them around the table.

“The neatly organised table by the end of the performance ends up being chaotic and messy with leftovers of thoughts and questions, much like life itself.” point out Grover and Dhar, who are also looking at ways to extend parts of the show into other mediums that can be taken back by the audience.

Grover wants Table Radica not just to be remembered as a sensory experience but as “an endeavour that lasts years.” The show is set to return to Oddbird Theatre, Delhi later this year in July.