10 unique therapies to deal with the stresses of urban life

As the stresses of our daily lives become insurmountable, there are a host of unique therapies that can help deal with the problems of urban life.

Health professionals all over the world are confronted by factors that resist the usual medical interventions.

As a result, they are finding answers in Social Prescribing—a method that acknowledges the impact of modern stress factors such as job insecurity, debt, and social and cultural dislocation. Doctors even recommend cookery classes, part-time volunteering, sports and exercise groups, gardening and learning an art, language or hobby. But there are therapies that go beyond meditation classes, yoga, reiki and talking to plants and cats. Many of them are also taught or practiced in India. 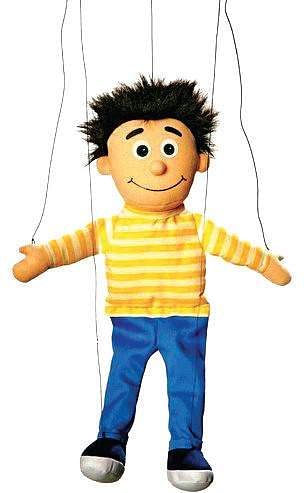 Empty Chair Technique: Also called the Gestalt Therapy, you are encouraged to sit in the psychiatrist’s office and talk to an empty chair, which they must visualise as the person they are most afraid of or even a part of your own personality that angers you. This method was developed by noted German-born psychiatrist, psychoanalyst and psychotherapist Friedrich Salomon Perls to bring out hidden feelings of insecurity, fear and helpless anger. For example, you are afraid of the office bully or an abusive boss, but are afraid to confront him. Through Perls’s role-play method, you evacuate anger and fear by pretending the offender is in the chair.

Puppet Play Therapy: This mode of treatment is for children who have been abused or experienced intense trauma. Using puppets, the therapy helps them to express their feelings as if they are part of the play. A child of Polish puppeteers and a puppeteer herself, therapist Ingrid Lagerqvist combined puppetry and counselling to treat kids. Therapeutic puppetry is now used worldwide.

Sand Therapy: In the 1950s, German psychologist Dora Kalff and child psychologist Margaret Lowenfeld combined different therapies such as “magnetic therapy”, “hyperthermia”, “light therapy” and “massage” to create sand therapy, based on Jungian techniques. Children draw patterns on the sand which therapists interpret according to aggression or anxiety in the drawings. This would enable them to inquire about the situations expressed through the drawings since the kids will treat it as a playful activity than a formal trauma reliving experience. In October 2013, the Chinese created the version “Western Yusha (sand) therapy”, which involves sweating it out while buried by sand.

Primal Therapy: The purpose behind all psychological interventions is to address trauma disorders that affect personality.  Psychiatrists believe that most traumas are caused in childhood and primal therapy is a way to go to the source of the trauma and confront it. Originally popular in the 1970s and endorsed by cultural role models like John Lennon, the treatment is based on the book Primal Scream by Dr Arthur Janov who advocated a cathartic experience of confrontation and dissolution of trapped emotions. 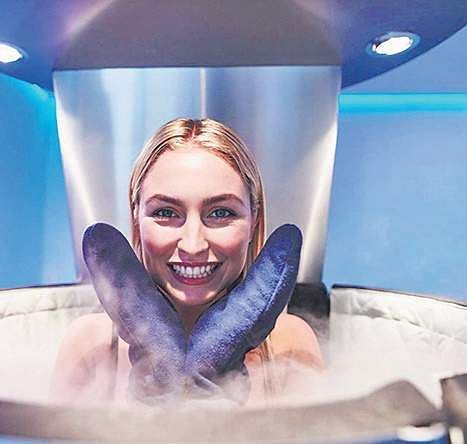 Cryogenic Chamber Therapy: Started in Japan in 1978, the therapy has widened its popularity to treat a plethora of diseases such as cervical cancer, obesity, ageing, anxiety and depression. Clients sit in the buff inside a capsule at freezing temperatures between -184 and -292 degrees Fahrenheit for three minutes, thereby shocking the system which will release a rush of pain-relieving hormones. The therapy is also prescribed for sports persons.

Re-birthing Therapy: A New Age healing method that seeks to replicate the feeling of the womb, it works through the imitation of the breathing patterns of the infant. Patients learn to follow a prescribed breathing pattern and observe emerging emotions, subjects and thoughts through which the breathing is directed. Leonard Orr, the founder of the technique, believes conscious connected breathing can result in a divine biological experience.

Maggot Therapy: Maggots are enjoying a medical revival from the medieval days when they were used for bleeding patients. Maggot debridement therapy depends on maggots to clean infected wounds that do not respond to antibiotic-resistant bacteria. The larvae dissolve the infected tissue, kill the bacteria and promote healing. Once the dead and infected tissue are eaten, they are removed. Ancient physicians similarly used leeches to drain out infected blood.

Chess Therapy: Most mental therapies involve some sort of role playing or the other. Chess therapy addresses classic issues of powerlessness, emotional expression and control. Board game therapy was invented in Baghdad in the 9th century by Persian scholar Rhazes. Chess therapy is now used by psychologists to enable patients to understand and develop their skills in conflict resolution and decision making in a real-life simulation on a chess board using rooks and pawns. A chess move will lead to a conversation on the strategy which will develop into a conduit for expression of feelings.

Horticulture Therapy: Therapists use communal gardening as an experience that is strentgthened over long periods of time it takes for a plant to grow. It works well for the disabled. With nurturing at its core, it empowers people with special needs.

Shinrin-Yoku (forest bathing therapy):  Simply put, it is tree therapy. People spend up to three hours walking under trees; in parks, woods and forests, simply taking in their surroundings and feeling the atmosphere. Scientists note that exposure to the phytoncide chemical released by vegetation strengthens the immune system, brings down blood pressure, reduces cortisol levels and boosts concentration and memory. Doctors at the Nippon Medical School in Tokyo beleive it can combat ailments of the mind and body such as cancer, strokes, gastric ulcers, depression, anxiety and stress.

Stay up to date on all the latest Magazine news with The New Indian Express App. Download now
(Get the news that matters from New Indian Express on WhatsApp. Click this link and hit 'Click to Subscribe'. Follow the instructions after that.)
TAGS
health healing THERAPY different kinds of therapy