Desserts get a 'meaty' touch

Confident about his creation, Gomes presented it to one of his regular guests.

Turns out, Joey from the popular American sitcom Friends isn’t the only happy one to see meat in a dessert. Chefs are now increasingly experimenting with the red stuff by adding hints into sugary delicacies. Bacon is one of the favourites in fleshing up a dessert.

‘‘I was impressed when I saw a dessert with bacon in a cookery book. The Fat Duck restaurant in London does the same,” says Gomes.

He came up with his own version by caramelising the bacon and then drying it to make it crisp. “I then used its crumbles and bacon fat along with heavy cream and vanilla bean extract to make ice-cream that was full of smokey bacon flavour.”

Confident about his creation, Gomes presented it to one of his regular guests. “He was so impressed that he ordered it for all six of his friends who had come with him that day,” he recalls.  In a world where chefs must ‘push the culinary envelope’ to stay ahead of competition, using meat in desserts seems like a novel step in the direction, according to Ashutosh Gairola, Executive Pastry Chef, Renaissance Bengaluru Race Course Hotel.

“Bacon, minced meat, salmon and liver pâté are the key ingredients used to create meat-based desserts,” he says, citing Chocolate Chip Bacon Cookie as a trending food idea. “Desserts with a savoury element will continue to be in vogue,” adds Gairola. 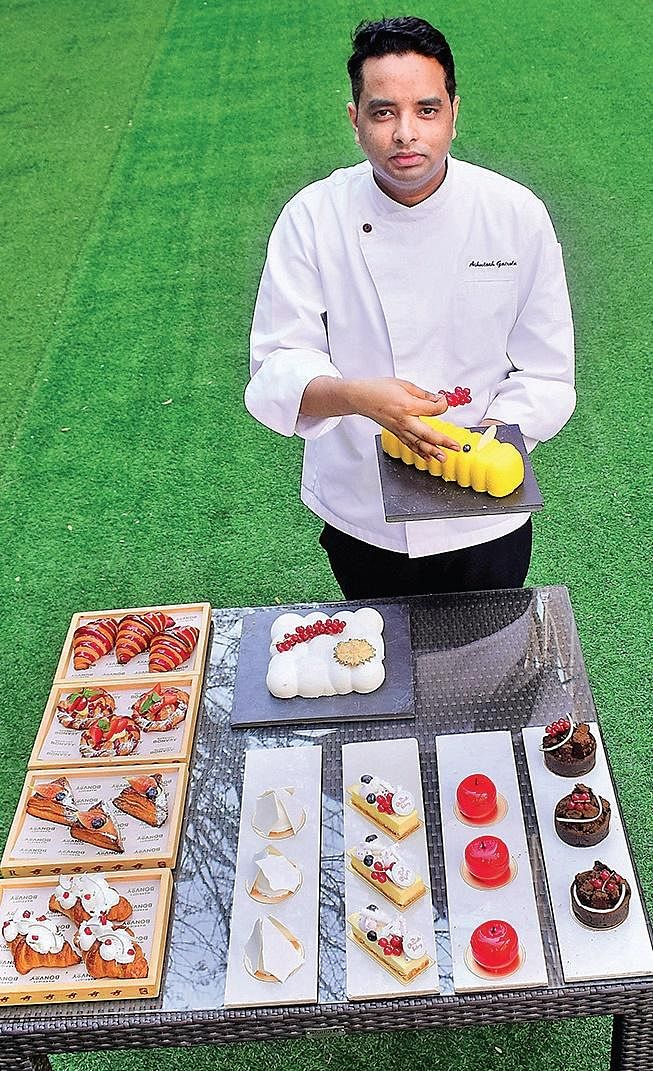 He has tasted success with preparations like mince pies, chocolate bacon doughnuts, bacon and peanut butter cookies, and grilled chocolate chip cookie bacon s’ mores, and thinks these will be popular in the coming years.

Executive Chef, Fox in the Field, Mani Pathak,  believes that candied bacon is a delicious ingredient to work with.

“It creates a balance of salty, sweet, and fat elements, thus complementing the dessert. I wonder how this can be applied to the other meats.” he says, adding that people in the West are more open to such desserts than Indians.

According to him, the concept of putting bacon or foie gras in sweets is not terribly nouveau anymore, and has perhaps become a bit of a staple of mainstream dessert menus in many restaurants in Europe and the West.

“Extensive macaron selections have started including a chocolate-and-foie-gras flavour, seared foie gras with shards of chocolate and chocolate-coated bacon strips,” he says.

“That’s why meat is usually grounded and combined with fruits. There are also desserts in which spices are added for flavour,” he says, adding that Chicken Berry Mousse, and Caramelised Bacon and Choco Chip Cookies have been his experiments. These desserts sound bizarre yet exciting to Zafir Syed, a Bengaluru-based software engineer.

“I’d love a beef-flavoured one like candied beef strips in maple syrup,” he says. Sweetmeats have a long way to go before they can please majority diners, the first hiccup coming from the shift towards plant-based diets.

“With many turning to it, it could take time for sweetmeats to be accepted,” says Shetty. Also to be kept in mind are the conservative dessert-eating habits of Indian consumers, points out Gairola. Internationally too, it may take five years for the trend to settle, says Vaibhav Sharma, Executive Chef, Grand Mercure Bangalore. But Pathak of Fox in the Field oozes optimism.

“We require the right tingle to suit the domestic taste buds. Once that happens, there won’t be any limits to where this trend could go.”

❖ Preheat the oven to 180°C
❖ Pat dry the bacon
❖ Cook the bacon in the oven until crisp. Remove from oven and keep aside to cool.
❖ Cream the butter and sugar together, and add the eggs, one at a time. Once the butter is nicely creamed, add choco chips and flour and mix nicely.
❖ Roughly chop bacon strips and mix it into the cookie dough
❖ Cut the cookie dough in pieces of 20-25 gm each.

Place it on a baking tray.
Bake for 10-12 minutes to get a golden hue on top.

Now we are on Telegram too. Follow us for updates
TAGS
Desserts