Sweet and salty: The centuries-old salt business of Karnataka's Sanikatta

Since 1720, the brown salt business has operated in Sanikatta, one of the oldest places engaged in this business in the country.

Years ago, Karnataka villager Venkat Nayak used to curse the saline water gushing into his fields from the Arabian Sea. He was unable to farm his one-acre plot on the banks of the Aghanashini river which passes by Sanikatta village near Gokarna. And then he decided to follow an old practice, which revived the fortunes of farmers like him. He decided to turn the unusable water to his advantage. And struck salt.

“I now have little reason to complain about my land,” says Nayak. He is not alone in having found a fortune in the river waters, which fill nearby fields with a mineral-rich decoction. The farmers of Sanikatta are now a flourishing community, having found a thriving market for the natural, brown salt, which carries the name of their eponymous village. Sanikatta salt may not be as popular as polished white salt, but continues to have a large dedicated customer base comprising people who realise its benefits due to the presence of natural minerals, including iodine.

“We produce salt from the Aghanashini river water using a natural process, which is why its colour is brown,” says Arun Nadakarni, chairman of Nagarbail Salt Owners Cooperative Society. “This salt is a medicinal product, containing nearly 96 per cent minerals, with 4 per cent of them being rare minerals. We only add potassium iodide,” he adds, pointing out the huge demand for brown salt in Ayurveda and naturopathy treatment. Even doctors often ask patients to consume the salt. 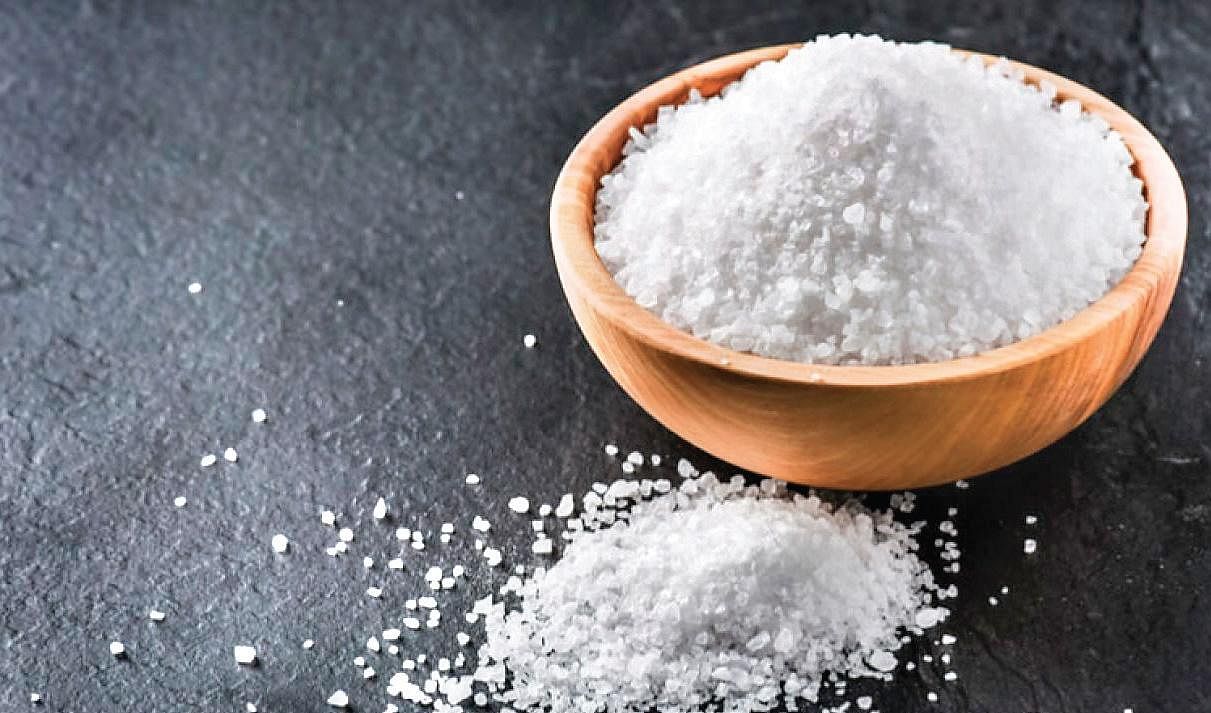 Since 1720, the brown salt business has operated in Sanikatta, one of the oldest places engaged in this business in the country. However, it became an organised sector only after the cooperative society was formed. The extraction of salt is done by the villagers, who work in pans spread over 564 acres on the bank of the Aghanashini. While they would market it individually earlier, they came together in 1952 to form the cooperative society. Since then, they have been making 10,000-12,000 metric tonnes of salt every year, which is sold mainly to Ayurveda and naturopathy centres, direct customers at the production unit, and e-commerce platforms.

The society does not spend any money on advertising and marketing. Nadakarni says the total net profit is shared by the salt field owners, who pay the society for its functioning. The salt fields and the production unit employ around 200 labourers from Sanikatta and neighbouring villages. They are all covered under various government schemes for wages, healthcare and other welfare measures. The salt field owners, who have land measuring from 10 guntas to 50 acres, earn up to Rs 50,000 profit per acre per year. For land, which does not support crop cultivation, salt is their sweet deal.

Now we are on Telegram too. Follow us for updates
TAGS
Salt Sanikatta