Eco-centered documentaries point to the future

Not just entertain, these eco-centred documentaries educate. With the debate around climate crisis becoming a topical course of conversation, we list some of the best documentaries that need to be watched. Through their unfiltered storytelling and compelling cinematography, they don’t just show us where we are but also where the planet is headed.

Pandemic: How to prevent an outbreak
Easily the most popular docuseries on air right now, it shows you where the world can be if appropriate global measures aren’t taken to test animals and their handlers for emerging viruses. It introduces you to frontline heroes and their relentless effort to stop the next global outbreak. It also goes into the history of infectious diseases and their outbreaks across the world to help you understand how these things come about. 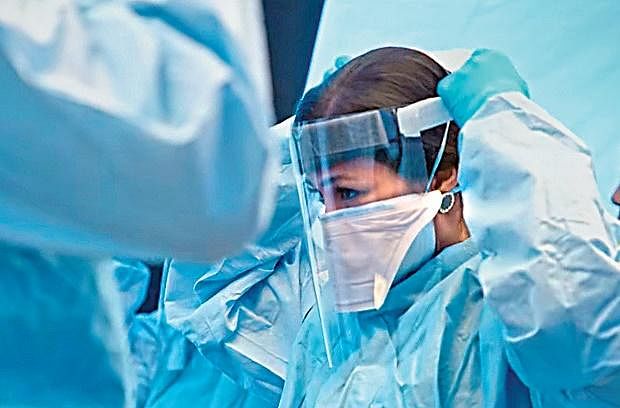 Our Planet
Human-induced changes to the environment have impacted it tremendously. And the worse is yet to come. The series starts with a voyage into the past for us to understand how we got to such a dangerous point and how the negligence is threatening our future. Our planet is becoming less wild with their population reduced by 60 percent. Also, we’ve brought down more than three trillion trees and cultivated half of the available fertile land filling it with human population. The series points to the immediate need of reversing our actions to regain our balance if the future needs to be preserved.

Mission Blue
Even though this documentary drama is a tribute to the journey of acclaimed oceanographer and marine biologist Sylvia Earle, it holds up the mirror to a dangerous trend, that of overfishing and water toxicity imperilling the future world. Our water is getting more and more polluted, in some cases, irreversibly so. And with overfishing, the breeding population is getting depleted. If not checked, it can change the size of fish and also how they reproduce forever. Directed by Robert Nixon and Fisher Stevens is a lesson in ocean protection. This part-action, part-eco disaster shows 100 scientists who help Sylvia with her mission to protect the waters of the Galapagos Islands.

Sustainable
The one-hour 32 minute film brings to light the future of agriculture and the threat posed to it by organised criminal groups, sometimes even families that penetrate through the food chain. The storyline runs through a determined farmer and father who fights the mafia to transform their wasteland into a sustainable food movement in Chicago. It’s about hope and the ability to fulfil one’s dreams without succumbing to pressure, something the world needs to collectively bring into practice. Also, given the growth of sophisticated technology, there will be a need to marry it with age-old farming wisdom to achieve sustained results.

Earth’s Natural Wonders
Living in uncertain times with natural disasters and viruses impacting our mortality, you never know what life throws up next. It’s good to be prepared and that’s what this series advocates. It shows how people survive in extreme conditions and harsh climates like The Artic or the Outback, letting you pick a leaf from their book of survival. It depicts the strength and resilience of humans who rely on their innate intelligence to lead as normal lives as possible, something the present circumstances have forced us all to do too. The films reiterate what more can be done.

Chasing Coral
The critically acclaimed documentary shows the reality of the coral reefs that have thrived since time immemorial, while also alerting us about their extension. Nearly all coral reefs will disappear over the next 20 years, according to scientists. One of the main reasons for this is the increasing CO2 in the atmosphere that gets absorbed into the oceans making it acidic. Human contribution in the way of abusing water resources and treating it with negligence is the other serious factor.

In the film, a team of deep-sea divers, photographers and scientists set out to catalogue the disappearing expanse of coral reefs.